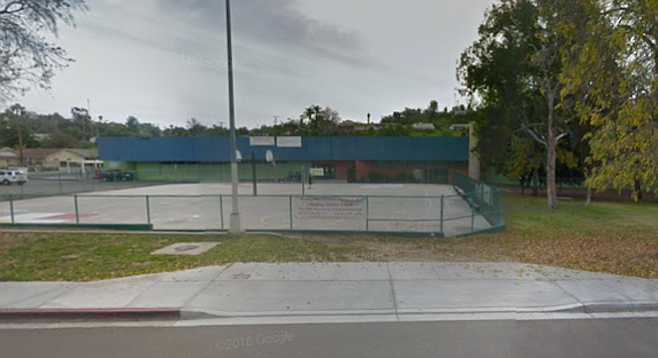 A charter school in Encanto that serves minority and underprivileged children is suing the San Diego Unified School District for wrongfully revoking its charter, resulting in the displacement of 172 elementary-school children.

Twin sisters Shelia Malveaux and Celia Walker opened the Evangeline Roberts Institute of Learning in Encanto in 2011. They named the charter school after their grandmother, as is chronicled in a 2011 article in the San Diego Union-Tribune. Before opening the school, the sisters, along with a friend, founded a free tutoring program for underperforming students. The program eventually evolved into the idea for the Evangeline Roberts Institute of Learning.

Since opening, the school has drawn students from across Southeast San Diego and neighboring cities. During the 2014/2015 school year, enrollment at the institute was 172 students. Of those students, 59 percent were African-American, 27 percent Hispanic, 17 percent were in foster care, and 19 percent of students had some type of disability. A majority — 85 percent — of students qualified for free or reduced-cost lunches.

Problems arose for the Evangeline Roberts school shortly after trustees from the San Diego Unified School District voted to renew the charter's petition in February 2015. As part of the five-year renewal, San Diego Unified required the school to meet eight criteria. Among them included renewing their registration as a nonprofit with the state and meeting performance benchmarks in math, science, and English. The district gave the charter until June 15, 2016, to meet the terms; if it failed to meet just one, the school would be forced to "voluntarily surrender" its petition.

According to the lawsuit, the requirements violated the law by giving district staff, and not the elected boardmembers, the authority to make final judgments on the opening and closing of charter schools.

"The district was in a position of power...and used this power to impose the harsh and unlawful condition that the school 'voluntarily surrender' if district staff determines any of the outcomes were not satisfied," reads the lawsuit. "This condition was a waiver of the revocation procedures and protections in the [Charter School Act], and placed absolute judgment to close a public school in the hands of district staff without any action from the governing board of [the school district]."

And, the suit claims, even if the agreement was just, the school did meet the criteria, just not to staff's satisfaction. For example, renewal of its nonprofit status, delayed at the state level, was accomplished in May, ten weeks after the staff's deadline. As for the seven other criteria, the school claims it met all of them and it was district staff who failed to verify the performance measures.

The school is asking a judge place an injunction on the district to prevent it from closing down the school.