Letters from A to the back page 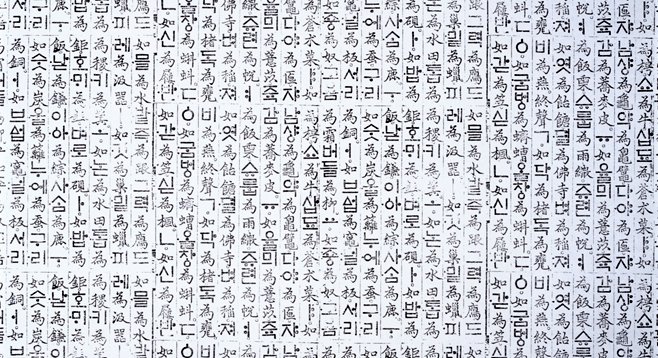 The Stadium Is Shot

[Don Bauder] says all Qualcomm needs is to be prettied up. Well, I hate to tell you, but the scoreboard side of the stadium is sinking. The foundation cannot handle the weight that was later added on. The water pipes cannot handle the pressure when they have a full stadium.

And, if I remember correctly, when the city and the Chargers contracted inspectors for Qualcomm Stadium — and this was an impartial inspection — the report read that, if it was a building, they would have had it red-tagged. It would cost more to repair everything that’s wrong with the stadium than it would to build a new one. The stadium is shot. It’s no good anymore.

Go Down the Road

I’m calling regarding your Neighborhood News about the CVS in Point Loma. I live in Ocean Beach, and we don’t have a supermarket either, and nobody gripes or bitches about that. We can just go down the road.

Those people in Point Loma, all they do is crybaby and gripe, and moan, and bitch about airplanes flying over, and no supermarkets. Most of those people are completely elitist, rich pigs, whereas anybody who lives down in the low-lying areas of O.B. is usually a renter, and pretty broke.

These guys are really just tooting their own horn because they just wanna set something up for themselves. What they really need to do is chip in their money and buy whatever they want in that old shopping mall.

Susan Luzarro is to be praised and lauded for an article of great merit and insight, and the Reader for courage in its publication (“Love Garden,” January 14 cover story).

The story captures a mother’s horror at her child’s autism, and her assertive declaration of competence in claiming her rights and responsibility for the child that she brought into this world. Rather than doctors and medication, she chose the way of self-healing and profound trust in her child and their inner abilities. A truly inspiring and wondrous story to print. Thank you for the good word.

I didn’t see any mentions of this great account in your recent Reader and thought it needed another mention.

The glossy backside of the current Reader announces Shen Yun 2016: “5000 years of enchanting history.” “Absolutely the No. 1 Show in the world!” Could be, haven’t seen it.

But I do know this. The show is sponsored by folks associated with a psuedo-spiritual group called Falung Gong/Falun Dafa. Check out one of their websites at falundafa.org. Read one of the “master’s” writings. Enjoy the homophobic, apocalyptic, antiscience, anti-evolution, racist, and delusional rants. This group is infamous for being hounded by the Chinese government. Thing is, just because you’re being chased by a bad guy doesn’t mean you’re a good guy.

The Mississippi of the West

I was initially surprised at the negative reactions to your fluff piece involving the Republican frontrunner (“Donald Trump Is the Enemy,” January 7 cover story). Then I remembered that I was living in San Diego, the Mississippi of the West.

Did you know that the British parliament debated whether or not to keep Trump out of their country? They said Mr. Trump is a bigot, a misogynist, a homophobe, a bully, a bore, and a buffoon. Too bad they can’t vote in November.

I don’t want to start a war, argument or have staff giving each other harsh looks. However, a few years back I wrote to notice the placement of the Sudoku puzzle on the right page instead of the left, like the crossword. Perhaps the reason you place the crossword on the left side is so folks can bend back the right side and have an easy manner with the left side pen/pencil approach to semi-mangled paper.

I admit to a 10-percent left- handed preference approach to this world, and would appreciate your moving the Sudoku back to a placement on the left side of the print arrangement, as it was before.

I’d just like to make a comment here — Ocean Beach really needs to clean up these filthy troll, traveling, homeless vagabonds. They are getting on the nerves of every local in town.

Rico G. It amazes me that anyone is backing Trump. He has never negotiated anything with someone who was on equal footing. When you hold all the cards and the other party has none it is not a card game. Trump talks like a CEO with his my way or the highway attitude. He has no understanding of how government works and he and his followers think that he will be telling Congress what to do. Only Congress can allot money for his wall and only Congress can change/make laws. The Donald is all about Donald and is as phony as a wooden watch. His followers are proof that you can't fix stupid.