A new contender for best burger 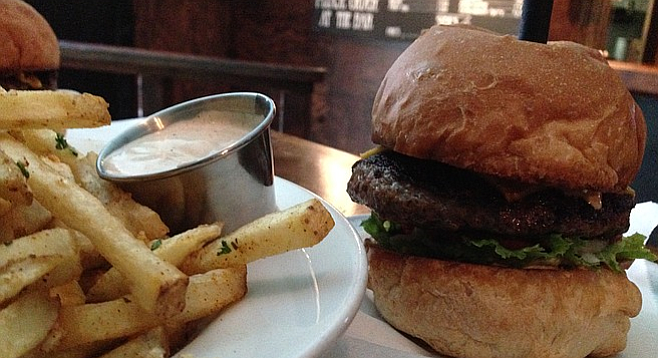 After I wrote about the simplicity of the burger at Rocky’s Crown Pub recently, I heard all about everybody’s favorite burger spots. Like Rocky’s, most were places that count their longevity in decades rather than years. But one newer place kept coming up: The Balboa Bar & Grill. 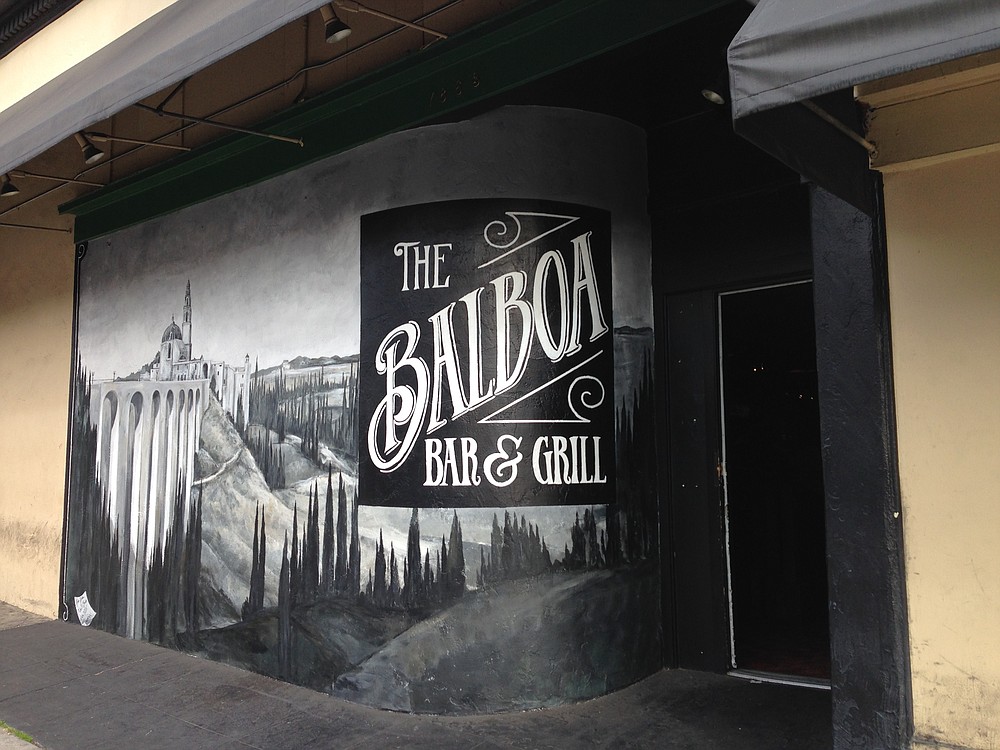 Balboa Bar & Grill, now serving burgers where the Tin Can used to be

Well, not entirely new. Though the Bankers Hill restaurant opened less than a year ago, the burgers have been around for a few years. Dood’s Foods had been cooking burgers here when it was still called Tin Can Ale House. When that venue closed, the Doods took over the whole place and rebranded it The Balboa, advising fans via Facebook, “We’re still serving the same burgers you have come to know and love.”

It’s a cool space, with plenty of polished wood and parquet floors, retaining enough dive bar vibe to encourage ordering from either the beer or cocktail menu. A small sandwich-and-salad menu supplements the burgers, and black bean patties may be subbed as a vegetarian option. But ground beef is clearly the focus, with bacon, avocado, and fried egg add-ons and even a pastrami topped burger.

I wanted to keep it simple, which meant either the classic burger (pickle, onion, ketchup, and mustard) or the Balboa burger (lettuce, tomato, onion, and the house aioli). Both feature American cheese.

If anything’s going to undercut a best-burger argument, American cheese would do it. Sure, it melts better than most, but that’s because it’s processed with nondairy ingredients. Considering the Balboa website touts its “1/3 lb. all-natural beef patties” and “freshly baked bolillo rolls,” I figured at least some cheddar would be in play.

Still, I’ve enjoyed American cheese on burgers in the past, so I kept an open mind. These guys default to a medium cook, so the beef was pink in the center, tasty and juicy. The bolillo bun held together nicely.

As for the ketchup vs. aioli choice, I made a return visit so I could try them both. I preferred the Balboa Burger and its “zesty” aioli topping — sort of mayo-like with only a hint of kick. The cheese wasn’t a problem, but the ketchup and mustard combo on the Classic had the vinegary, sugary flavor of fast food toppings — not an association I want to make for a $7.25 burger. Ideally, I might have some combination of the two burgers — something with lettuce, tomatoes, and pickles, with light ketchup to balance the aioli.

As for the love and devotion some customers are already showing the Balboa, I get it. It manages to taste like an elevated version of something you’d cook at home, plus you can order garlic fries and a cocktail to go with it. It’s a solid add to the ongoing argument of what constitutes the local best.

Good story. The size of the bun is too much bread though.