Adicts, Kings, and All Them Witches 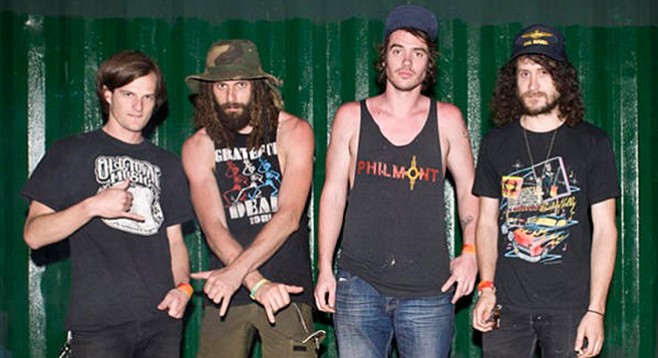 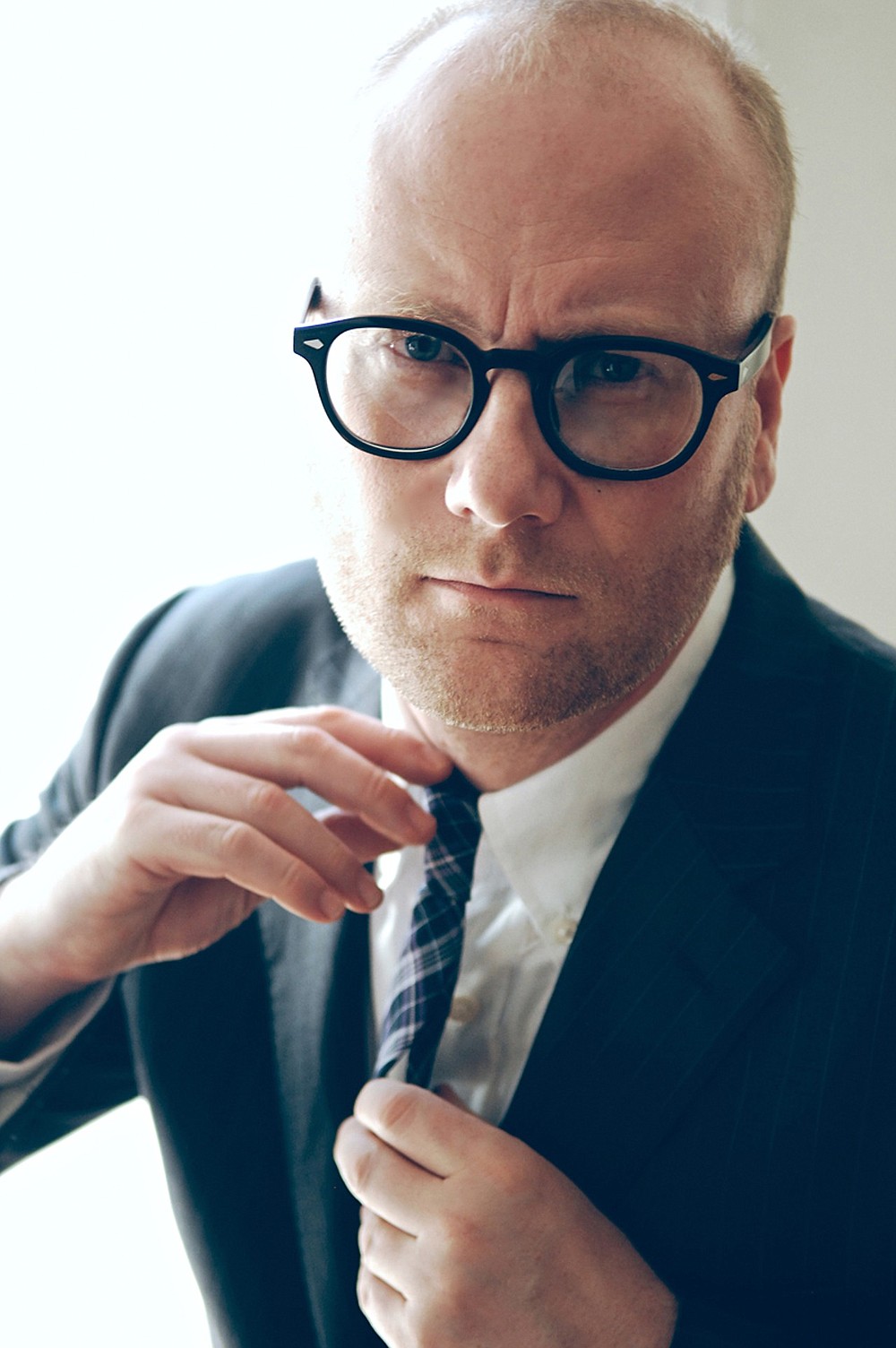 Alternative hip-hop and pop poet Mike Doughty checks in at Belly Up for two shows Thursday and Friday nights.

Thursday 21
I always get nostalgic for the ’90s when I see Mike Doughty’s name pop up. Back then downtown had some substantive bars, like the Green Circle, where you could catch out-of-town up-and-comers such as Soul Coughing and Low on the same bill. It’s been 15 (pop-rock) years since Doughty’s Soul Coughing heyday, though he did revisit the material on the 2013 re-mixer The Very Best of Soul Coughing and 2014’s Live at Ken’s House. The live sides have that street-pop spit that Doughty brought to Ruby Vroom etc., as does last year’s all-originals record Stellar Motel, on which the alt-hop poet gets his mojo back. Doughty checks in at Belly Up for two nights Thursday and Friday, when he opens for that Boulder-based everyband Big Head Todd and the Monsters.... Duck out after Doughty and roll downtown, where the House of Everything But the Blues stages the 40-years strong English “punk pathetiques” the Adicts, who hit the main stage after our own Hard Fall Hearts. L.A. alt-rock acts Grizfolk and Max Frost split a bill upstairs in the Voodoo Room.... Singer/songwriter and former Hot Water Music frontman Chuck Ragan plays Casbah Thursday night. Ragan will be accompanied by Todd Beene on pedal steel guitar...while Soda Bar sets up indie rockers the Kickback (Chicago) with Quiet Company (Austin) and the Velvet Club (Here). 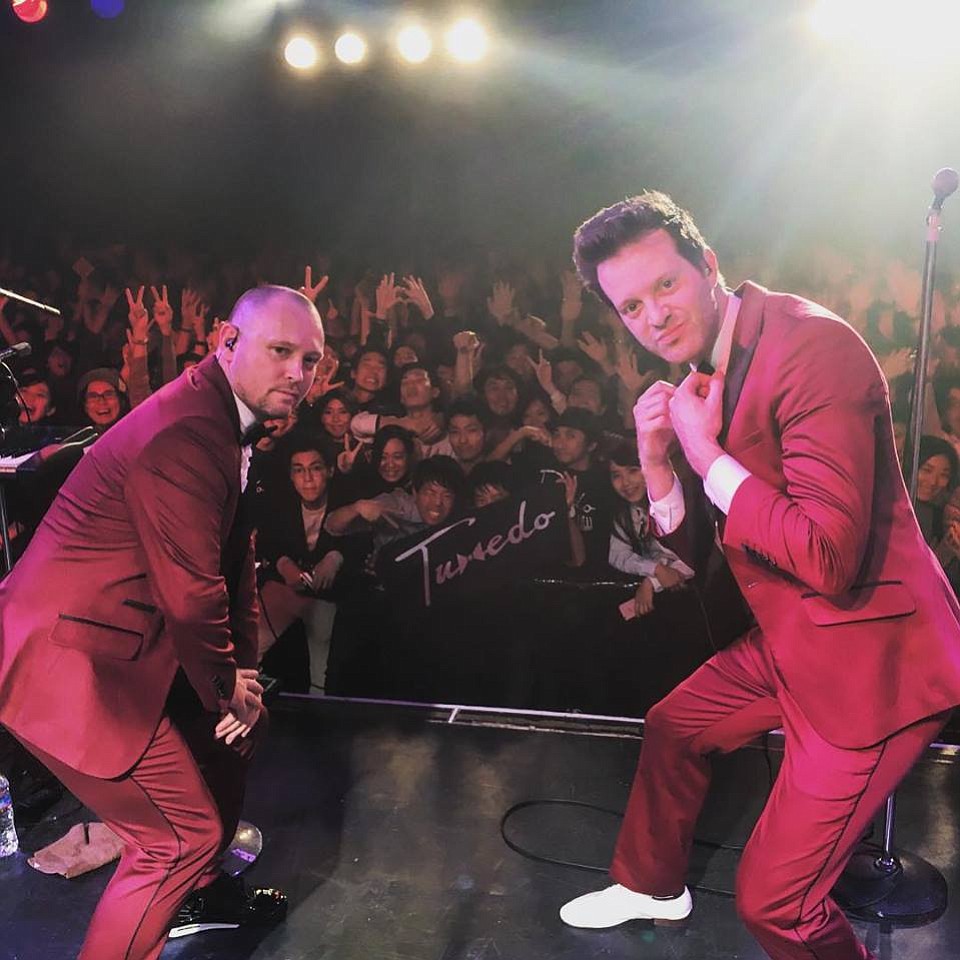 The dapper dudes of Tuxedo bring their '80s-style R&B to ONP Friday.

Friday 22
Grammy-nominated neo-soul singer Mayer Hawthorne and electro-pop producer Jake One comprise new school R&B duo Tuxedo. The dapper boys are touring in support of last year’s self-titled funk-n-soul throwback album, which screams “Get thee to a roller-rink!” No kidding, listening to this I’m skating on eight, bouncing to the beat, doing crossovers in the corners, and rolling backwards to mouth Tuxedo’s salty words at the girls. It’s probably fun in a concert setting too. Tuxedo takes the stage at Observatory North Park Friday night.... Jamie Shadowlight’s electric violin knows no genre boundaries. She’s also an accomplished pianist, guitarist, and songwriter, which makes her one of San Diego’s busiest hired guns. Shadowlight will take you on a jazz-fusion exploration of Hendrix, Zeppelin, the Stones, and Stevie Wonder, backed by a power trio led by pianist Mikan Zlatkovich, at 98 Bottles in Little Italy. Before you hit that, read up on her in this week’s Jay Sanford–penned music feature.... Else on Friday: indie-rock acts Oh, Spirit and Don Cat split a bill at Whistle Stop, where Al Howard will be spinning ’round sets. San Fran band Don Cat’s debut Don Gato was a surprise find this week, with a handful of really interesting experimental folk-rock songs and an addictive cut in “Where Wind Blows.” (Late note: Don Cat also plays the Sycamore Den on Thursday)...OB’s psych-n-soul rock-rollers AJ Froman bring the “fro-zone” to Soda Bar with Dave Good’s Of Noted act Glasmus...Casbah hosts a SoundDiego Live freebie, featuring local notables Botanica Chango, Palace Ballroom, Jesse LaMonaca & the Dime Novels, and Mayfield...and The OC’s rap-rock quintet Kottonmouth Kings slither onto the all-ages stage at Soma in support of their latest record, Krown Power. 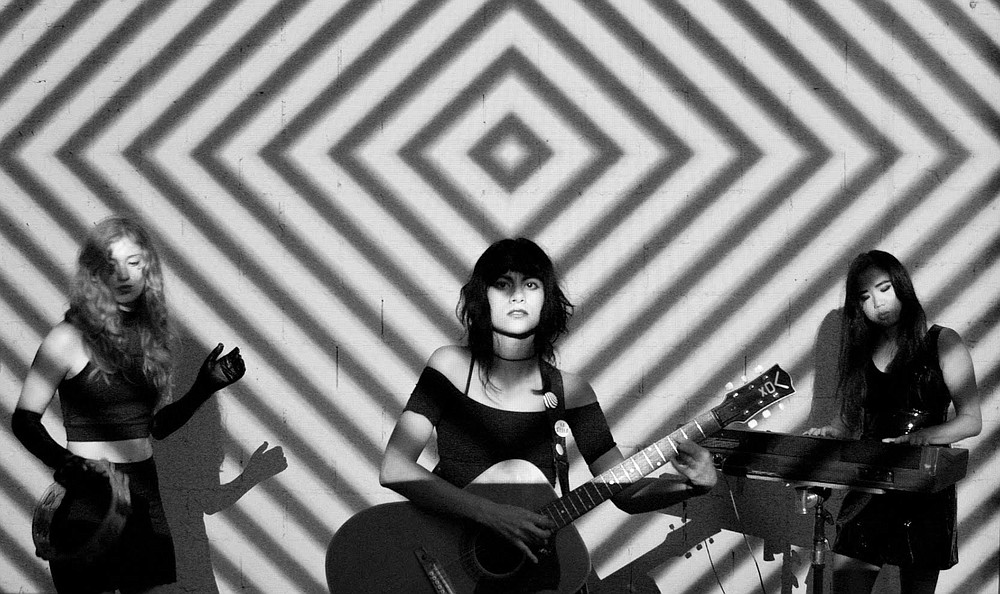 Saturday 23
Dying Surfer Meets His Maker was one of my favorite records from last year. The surprising psych-rock band behind that hard-folk set was Nashville’s All Them Witches, who came off more Meat Puppets than Hawkwind, but trading in both those bands’ circadian rhythmns and blood-rushing rock-outs. With L.A. psych sisters L.A. Witch and our own desert-bent Dani Bell and the Tarantist setting it up, this Casbah show’d be the gig to see Saturday night.... As if ’80s glam-metal hair bands weren’t funny enough, Hollyweird quartet Steel Panther takes parodying that spandex scene to outrageous limits, with profane and humorous lyrics and the exaggerated onstage personae of Michael Starr, Satchel, Lexxi Foxx, and Stix Zadinia. Touring in support of last year’s All You Can Eat CD, the comic rockers appear at House of Blues on Saturday...while New York’s funk-fusion dance party Kung Fu hits Winston’s after Z3 and the Sure Fire Soul Ensemble...ambient artiste Shigeto’s at Soda Bar with Groundislava and Dreamrepeat...while ’80s radio staples the Smithereens (“Only a Memory,” “A Girl Like You”) power-pop the Poway Center for Performing Arts.