Ty Segall and the Muggers accost Belly Up

In keeping with the new record's title, Emotional Mugger was seen in Solana Beach 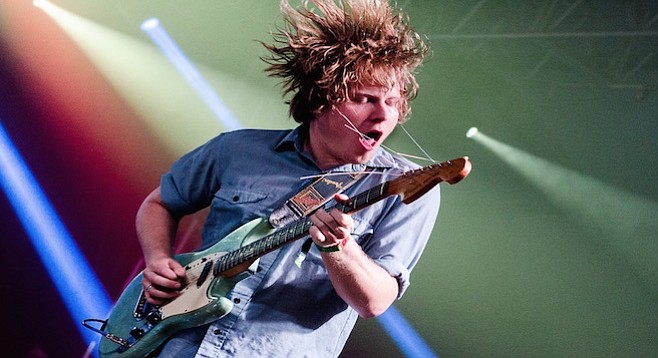 Ty Segall and the Muggers absolutely defiled the elegant Belly Up stage with a robotic sludge-rock display of psychedelia that they vomited into the crowd, causing a transfixed batch of humans to go haywire.

Witnessing a crowd that seemed calm and collected before Segall and Co. took the stage, facing CFM who belted out tempered psych-rock that was nowhere near soothing enough to allow that sort of reaction. Then, the audience’s demeanor changed instantly as Ty Segall and the Muggers came strolling out in full costume — Segall in an Anthony Hopkins–looking mask and bolo tie, the bassist in a wood-chopping suit, the keyboardist in a butler/detective get-up, and the drummer in a painter’s outfit — all of which added to the dementia. 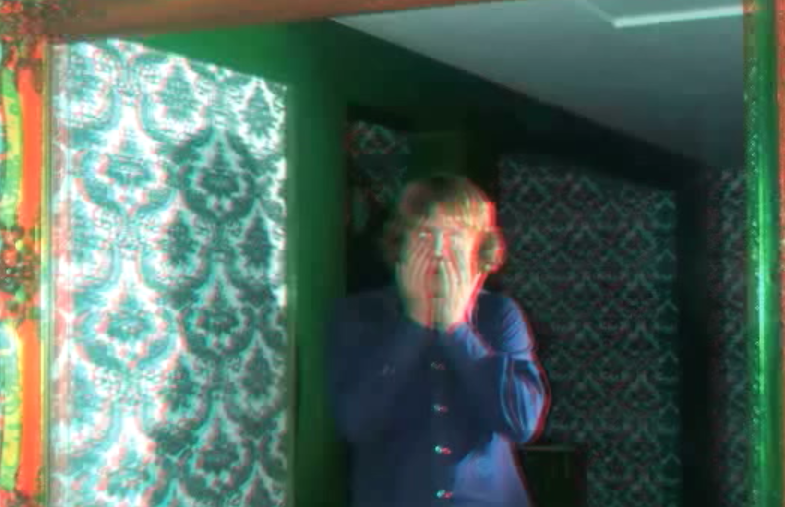 ...off of Ty Segall's Mr. Face EP (Emotional Mugger is due to drop January 22)

Between Segall drooling on himself and spitting his beer into the audience, the band’s fidgety guitars and sporadic rhythms of demonic crunch made the performance feel like witnessing a cannibalism from which you couldn’t unglue your eyes to.

It probably sounds as though the show was just a bunch of noise and gimmicky shenanigans, but the musicianship was professionally executed and energizing. The way the songs blended into one another, carefully transitioning without as much as a hiccup, the band of six captured the audience’s attention. The psychoticism infected the fans, causing them to sneak onstage and quickly dive back into the crowd.

Its refreshing to see a band not only power through their music in a professional manner but perform it in a way that engages the viewer to the point of it being an almost religious experience.