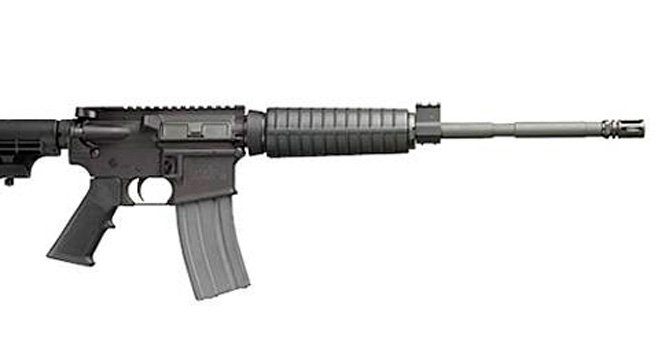 As promised, environmental attorney Marco Gonzalez has filed a lawsuit against the County of San Diego for granting a permit to a 160-acre firearms training facility called Covert Canyon tucked away in the mountains of Alpine.

Gonzalez and his Coastal Environmental Rights Foundation, in conjunction with the Cleveland National Forest Foundation, filed the writ of mandate on January 8. The groups are requesting that a judge order a cease fire on the property due to what they claim is an illegal permit granted to Covert Canyon owner Mark Halcon without conducting any environmental review, as required by state law.

Not the first round

The lawsuit is just the latest in what has been nearly a decade of controversy surrounding Covert Canyon.

According to information in the lawsuit, county staffers sent a cease and desist letter to Halcon in May 2007, ordering an end to paramilitary training in Covert Canyon. A few months later the U.S. Department of Agriculture sent similar demands to Halcon for illegal grading and nonpermitted construction, as well as use of firearms in a national park.

In 2010 Halcon tried a different tact by applying for a "major use permit" to use the facility. The county denied the application. The following year, after reports that paramilitary training continued to occur on the site, county staffers issued its first civil penalty notice for, according to the lawsuit, "illegal operation of a paramilitary training facility and shooting range at Covert Canyon."

Later in 2011, the county capitulated. It allowed firearm activity on the property but prohibited any private or commercial shooting ranges from opening.

That was how it stood until October 2015 when the county's planning department reversed its position. The department head determined that a "major use permit" is not needed for paramilitary and law enforcement training facilities. The decision sparked a backlash from residents living nearby. They appealed the decision. Each time the planning group and planning director rejected their appeals.

On January 6 Gonzalez sent a letter to county counsel Paul Mehnert notifying him that a lawsuit was on its way.

"Please accept this correspondence as formal notification that Petitioners intend to file suit against the County of San Diego for its approval of the Covert Canyon Stipulated Administrative Enforcement Order, the director’s determination to classify Covert Canyon uses as Law Enforcement Services, and for failure to comply with the California Environmental Quality Act and Williamson Act..."

"Despite its pristine and sensitive surroundings, Covert Canyon has been the site of unlawful development, commercial shooting and paramilitary training activities since it was purchased nearly a decade ago," reads the lawsuit. "Because of the remote location of the property, effective County enforcement has proven both impractical and infeasible as staff is unable to monitor the site effectively. Under the guise of patriotism and discretion, and ignoring its ministerial and statutory duties, the County abused its discretion in making the use classification and approving the [permit]."

The lawsuit will now make its way through the courts. A hearing has not yet been scheduled.

Covert Canyon, huh? What a perfect name for these goings-on. One of the points in this article is the claim in a lawsuit is "use of firearms in a national park." Unfortunately, there's no national park within a hundred miles of there. Yes, it is national forest, but that is something much different. It might also be bordered by a national forest designated wilderness area, and that would preclude any grading or man-made "improvements." Most law enforcement agencies have their own firearms training facilities, or at least share them. I'd be curious to know which, if any, police forces use this one.

One thing that should not be overlooked is that after bullets are fired, they go somewhere. That means that lead, and lots of it, accumulates in the impact areas of firing ranges. The military services periodically dig up those areas and sift through the soil for spent bullets and bullet fragments, which are then shipped to recycling facilities. Merely allowing accumulations of those over decades of use is not recommended, due to the pollution potential. There's plenty to this story for sure, and the outcome of these challenges will be most revealing.