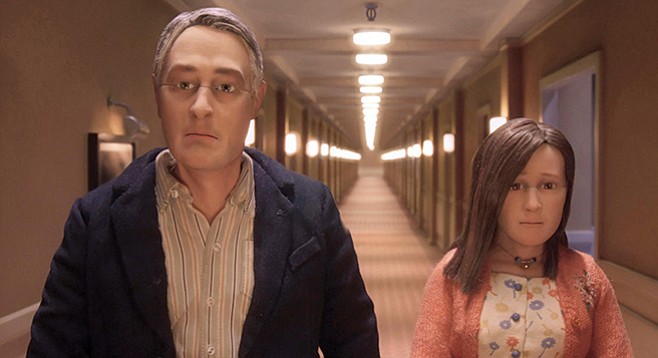 Writer and co-director Charlie Kaufman’s stop-motion animated film Anomalisa is a very fine portrait of the despair at the heart of a comfortable middle-aged white man in America circa right about now. British-born Michael Stone (voiced with great sympathy by David Thewlis) has, by most standards, made it. He lives in Los Angeles. He’s married and has a child. He is the author of the successful business book How May I Help You Help Them? — successful enough to get him invited to speak at a Cincinnati convention of customer service professionals. But the person who needs help here is Michael Stone. Lord knows he’s miserable, and Lord knows he can’t help himself. Hell, he can’t even get outside himself. 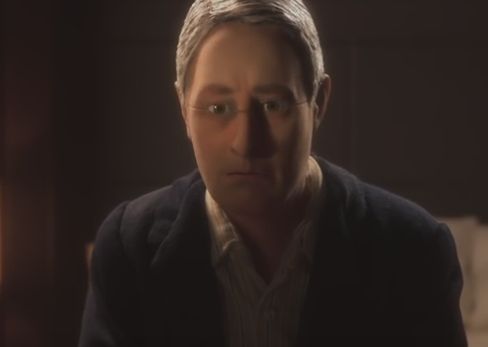 Which is not to say he doesn’t try. He indulges a cab driver’s awful banter about local attractions. (“Try the chili!”) He drinks. He tries to buy a toy for his son, with darkly funny results. And he rings up an old flame, someone from the days when change still seemed possible. (A portrait, however fine, is not the same as a story. However much is going on in a portrait, it remains static.) All futile. And then, quite by chance — deliverance? Escape from the great sucking vacuum of the self? The discovery of the salvific other? Without spoiling anything, it seems enough to say that grace is never cheap. 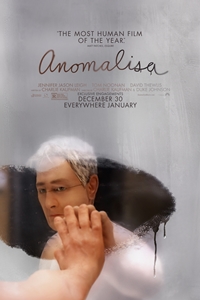 Whenever a filmmaker decides to use animation on a manifestly adult project, it’s worth asking why. At first, I thought it might be a way of making the mundane interesting — which is kind of what Stone wishes he could do. Checking in, ordering room service, hanging out in a hotel bar: blindingly ordinary stuff, but fascinating to see it so lovingly rendered. (And as Team America: World Police taught us, puppet sex is memorable sex. There, it was comic; here, it’s paradoxically human.) But as the parade of voices and faces continues to pass before Stone (and us), the real reason — sad and quietly frightening — becomes clear.