Tijuana monuments, the changes in the past 20 years, sewage problems, cadaver dissection, the flower sellers of Revolucion, Tecate train station 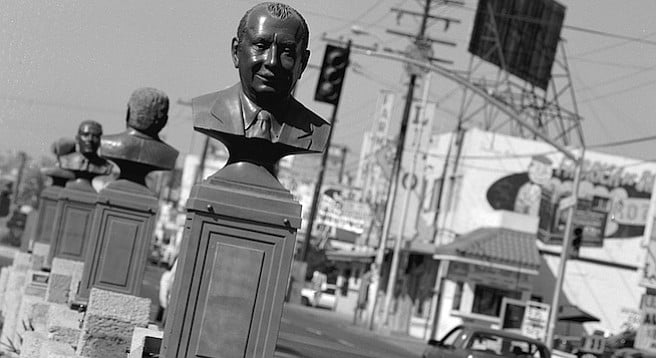 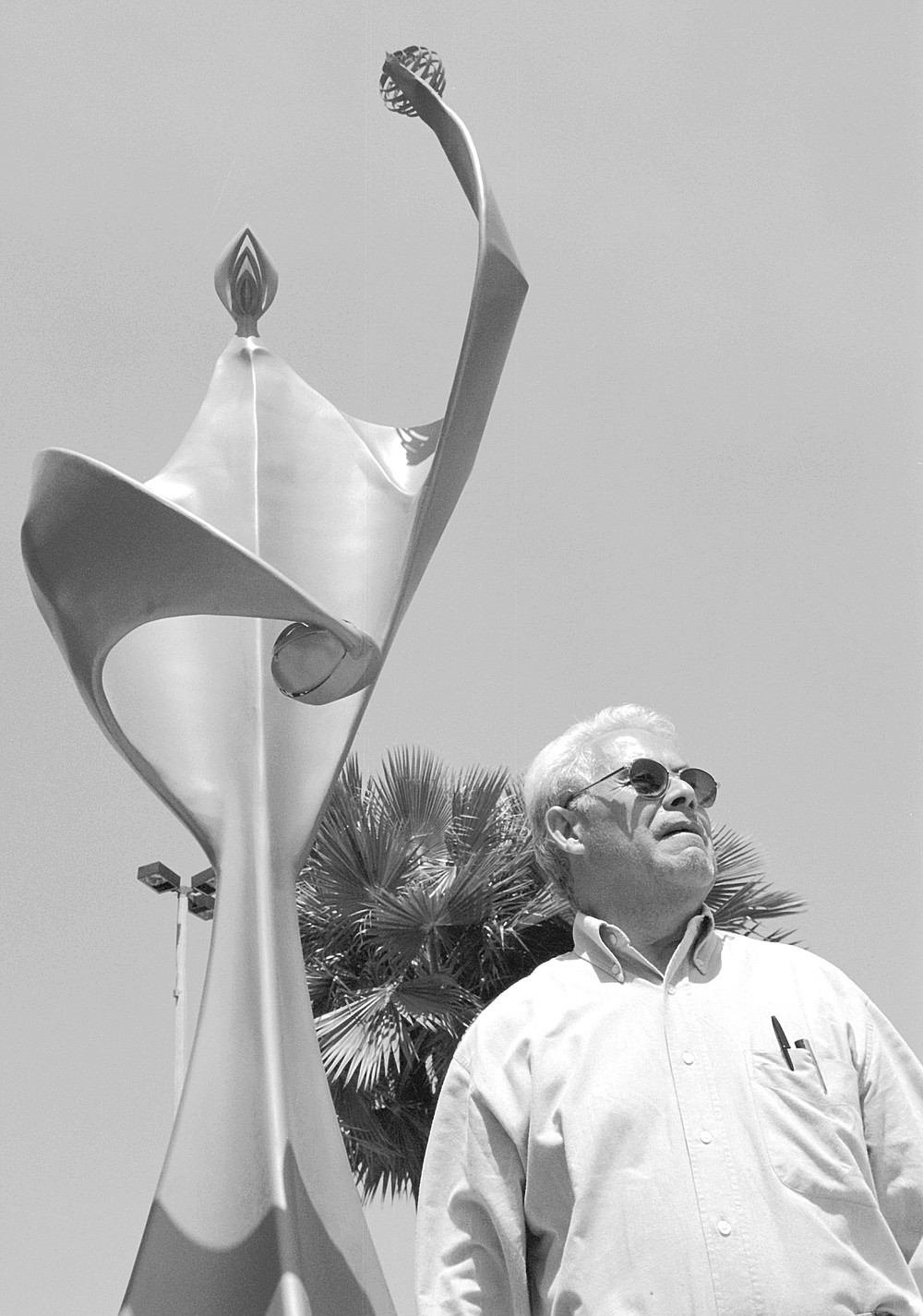 Julio Rodriguez, in front of a monument to the teachers of Tijuana, A car passes, stops, honks. Inside, two men wave and clap and call out the professor's name.

Professor Julio Rodríguez steers his blue Ford through Zona Rio, gesturing at one statue after another.

"And what are monuments? What do they represent? They represent the dreams, the history, the values of a people, of a culture."

Professor Rodríguez twice circles a roundabout dominated by a statue of Cuauhtémoc, the last Aztec emperor.

"The Spaniards shoved Cuauhtémoc's feet into fire to make him say where the Aztecs hid their gold. Of course, he didn't tell them anything. 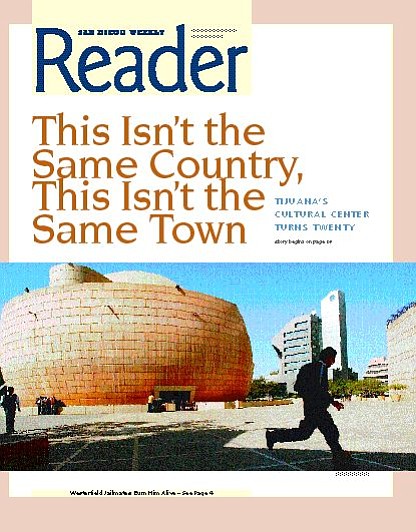 This Isn’t the Same Country, This Isn't the Same Town 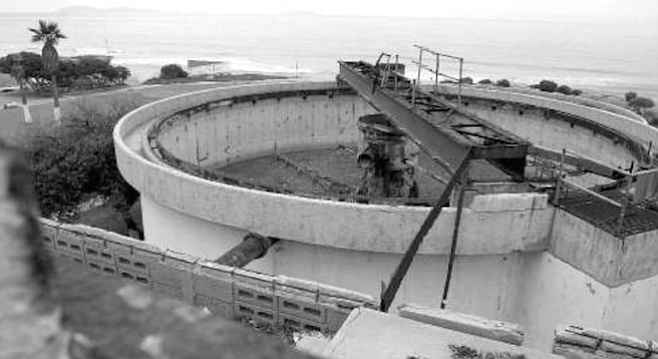 Playas de Tijuana sewer pump station. "The Tijuana River is a natural drainage, and its mouth is where most of the beach closures will take place."

In San Diego County, treated sewage is discharged four miles out to sea from six treatment plants dotting the coast from the border to San Onofre. In Mexico, one treatment plant at San Antonio de Los Buenos, 12 kilometers south of the fence, releases a mixture of treated and untreated sewage down a creek that flows into the surf zone. So it came as a surprise to some when Mexican newspapers reported that a municipal official, Miguel Angel Avila Niebla, in a talk to a civic booster group in the Playas de Tijuana area, called Grupo Madrugadores, had boasted that the ocean water at Tijuana's beaches had tested cleaner in 2001 than at San Diego's beaches. 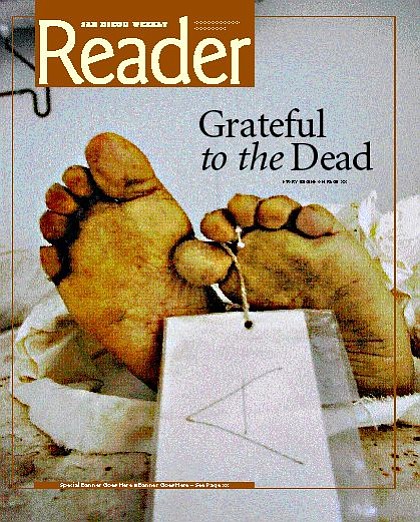 "Doctors, dentists, surgeons don’t have to guess about what they’re doing. Where to cut. How to cut. How to suture. All that knowledge comes from human dissection, from studying the bodies of the dead."

Grateful to the Dead

Earlier in the day I attended a one-hour lecture given by Dr. Luis Antonio Martínez, a dental surgeon who teaches anatomy to students at the university’s dentistry school. His lecture was attended by 20 first-year students, of whom only 2 were male. Dr. Martínez was preparing his students for their first cadaver dissection. On the blackboard he drew a simple human face — ears, eyes, nose, mouth, chin.

“Next week you will first make a straight, horizontal, seven-centimeter incision two centimeters below the lip.” 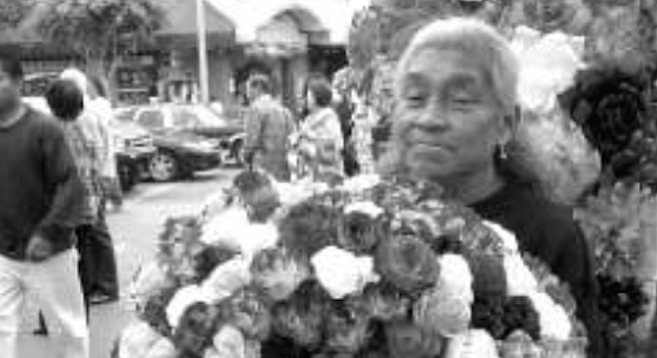 Near Third Street and Avenida Revolución. On an average weekend, Cervantes and Arias say they sell about 80 flowers.

San Diego — Just north of Third Street, on the east side of Avenida Revolución, florista Esperanza Cervantes and her husband José Arias sit in metal folding chairs. Their backs are to the street. Across the street, American rap music thumps from the second-story Club Animale. The two take no notice of it. Nor do they respond to the exploding M-80s somewhere nearby that make others around them jump. After 30 years of selling paper flowers in this spot, they're used to the sights and sounds of this tourist strip. 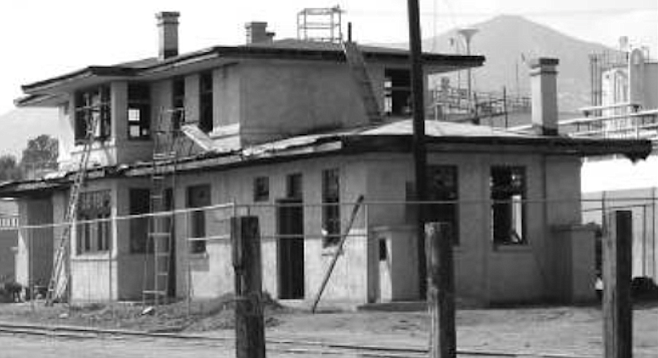