Tobias Lindholm talks about A War

A window for civilians to see inside 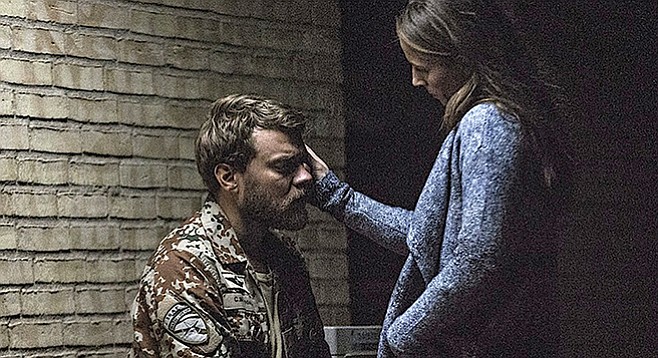 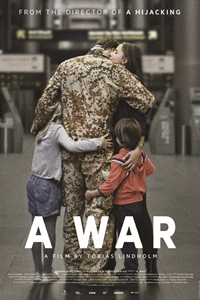 Matthew Lickona: You told Awards Daily, “I spoke to so many Taliban warriors, soldiers, prosecutors, and lawyers, as well as wives and children to try to get the logic of the story.” Were there particular stories that gave you clues about how to shape the film?

Tobias Lindholm: I met the wife of a soldier who had served three times in Afghanistan, and she told me a story about her ten-year-old son, who started to have really strong reactions to his father’s absence. He had a hard time focusing in school. She told me about a meeting she had where the school seemed not to understand what she was going through. Basically, they complained and said she needed to get her son to behave or take him out of school and find another class for him. She spoke about her disappointment. The society that had sent her husband to war was not helping her deal with the issues that followed from that decision. It gave me insight into how it must feel to be spouse to a soldier. There’s an invisible war at home; nobody sees it, but it’s a direct effect of the decision to send soldiers to war.

ML: I was impressed at the weight you were able to give to that invisible war, especially since you were also depicting the much more obviously dramatic conflict in Afghanistan. 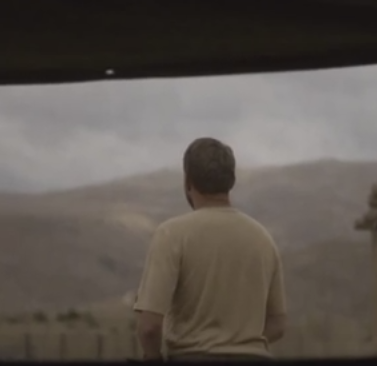 TL: A lot of war films I’ve seen about the dehumanization of soldiers. We’ll see a young guy going into war, and then we’ll dehumanize him throughout the journey, make him fall apart and become a monster of some kind, or at least a very damaged human being. I decided to do the opposite and humanize these guys, at least by giving them full lives. All the soldiers I’ve met have relatives, and telling a war story from their point of view invited me, as a civilian, inside of it. I was no longer able to just sit on the outside and be fascinated or disgusted by war. I was becoming them, because I know the feeling of having a wife and three kids and not being able to connect with them because of a broken phone connection. It became an emotional window for civilians to see inside the story. At the same time, as a citizen, I felt it was important to show that the decision to go to war has consequences not only for the soldiers, but also all of these other people, the relatives and families and friends. We are all affected deeply by what we see, by what we hear, and by who is returning. And the few films I’ve seen where we do spend time with the wife or family, often, we’ll see the spouses portrayed as victims. As not knowing what’s going on. But in my research, I saw spouses who had been married to soldiers for years. They knew exactly what the job was. They were part of the conversation. They were strong and independent women who knew what was happening and knew the life that they had chosen. I felt we needed to be loyal to that, and give some attention to these soldiers’ home lives.

ML: You don’t make things overly comfortable to watch: everyone has claims on the viewer’s sympathy.

TL: I knew a soldier who was a witness for a case in Denmark; he introduced me to some of the other guys who had served on a patrol where something went wrong. They had all been questioned about it in Afghanistan, and upon coming home, they understood that the version of events they had given was being used to build a case against one of their friends. And one of them changed his story; it was obvious that he did. I asked my friend about that, and he said, “Listen, we are trained to never leave a friend behind. Our training is basically all about saving the guy next to you. The politicians decide who the enemy is; they can send me anywhere, and I’m going to do my job. I don’t care if the government is the enemy; I’m never going to leave a friend behind.” That feeling of loyalty was a human feeling that I could relate to. I’m not defending it, but I understood it. I’ve played a lot of soccer in my life, and for the 90 minutes of the game, I’m willing to do anything for the other 10 guys on my team. Suddenly, it wasn’t about these violent individuals that only care about helping each other out; it was about guys who did what they had been trained to do.

And I have to tell you about going to an Afghan refugee camp in Turkey and talking to a family there. I’m the father of three young children, and I was hearing from these young children who had escaped war on a donkey’s back during the night — going through the mountains, going anywhere, and ending up in this camp. I was seeing them with hope in their eyes still as they talked about how they were happy and how they hoped the Danish and English and American troops in Helmand province succeeded in their work so they could go home and be secure. That changed my perspective. I was talking to the most vulnerable civilians I could find, and they still had an idea — probably given to them by their parents, but nevertheless — that there was hope for a future in their country because of this war. It made me think twice about my easy judgmental thoughts on the war.

ML: You’ve said that you really like writing to Pilou Asbæk. Does it influence your development of a character to have an actor that you’re already writing for?

TL: I came out of film school the year he came out of acting school, and we’ve kind of grown up together. When I had the idea of this film, I called him right away. He’s a good friend, and it’s the third film I’ve done with him, and we also did a TV show together. So we’ve been working together for a decade now, and I’m always writing to him in some way. He’s my age, and for some reason, I’m writing parts to be around my own age. When we did the first film together, it was his debut as the main character and my debut as a director, and it was about a young guy going to jail, and he didn’t have any kids. And if you look at it, neither me nor Pilou had any kids at that time. Then we did A Hijacking, about sailors being hijacked by Somali pirates. In that case, Pilou’s [character] has one child, and at that time I had one child. And then in this one, now I have three kids, and Pilou’s [character] has three kids. And Pilou actually has kids now.

Me knowing that I’m writing to Pilou…I know the way that he acts. I know his work and I know how hard he works. So I don’t feel that I have to limit myself. I can do it as hard or as difficult as possible, and I know that he will put it out there and actually do it. I ask a lot of him, and once in a while, as a friend, it’s hard to see how hard he works. Because he’s so done when we are finished with a film. He’s given everything, and it takes him a lot of time to come back. And I owe a lot to his family and his wife because he gives everything. It gives me great comfort to know that I’m working with an actor that will do that. I feel like I don’t have a career, I have a life. And it’s great to make films with friends, and it’s great to share these months away from families with dear friends and share full lives. Being able to share this moment with the nomination for the Academy Award is just a dream come true.