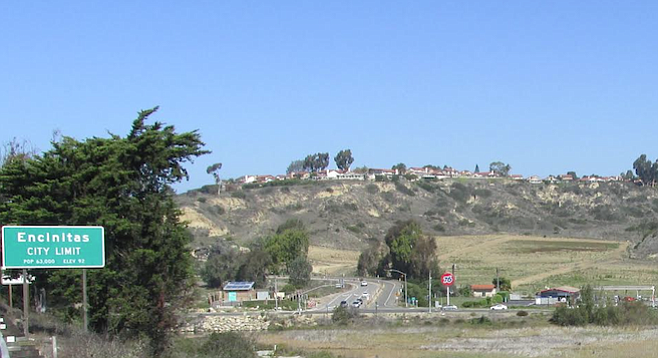 A longtime coastal farm has been sold, following the announcement that Caltrans has closed escrow on 21 acres needed for a freeway interchange on I-5.

The farm, north of the San Elijo Lagoon, butts up against the sandstone bluffs on the east side of I-5 at the Manchester Avenue interchange in Cardiff by the Sea. 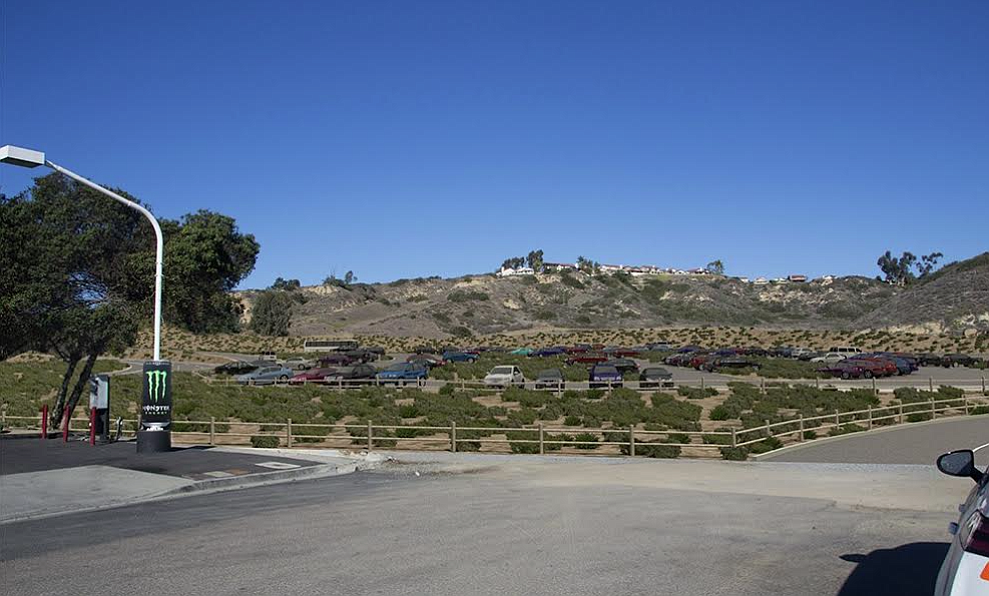 Rendering of Park and Ride to be located behind Chevron station

The $7.2 million purchase from the Yasuda Family Trust will allow for construction and expansion of a direct-access ramp and a Park and Ride lot behind the existing Chevron gas station (which was a 76 station until last month).

Basically, the project will widen Manchester Avenue to three westbound lanes and avoid the traffic-causing stop-signed intersection just before the existing northbound on-ramp. Manchester Avenue feeds heavy morning commuter traffic to I-5 not only from Encinitas, but also La Costa and Rancho Santa Fe.

Construction is expected to begin this year and will be completed in 2020 as part of the long-term, I-5 coastal corridor-widening project — the addition of four HOV lanes, a bridge widening, and transit connections from La Jolla Village Drive north to Camp Pendleton.

Some residents have asked why the state needed to spend that much money for a parking lot, because MiraCosta College’s lot is just one-third of a mile east of the interchange on Manchester Avenue, where hundreds of parking spaces go unused.

“The Park and Ride will be a multi-use model, it will serve as a staging/access area for people visiting the lagoon, to also include parking spaces for electric vehicles, bike racks, and a kiosk with visitor information,” said Cartagena in an email.

He pointed out that the existing San Elijo Lagoon visitors center, west of the freeway, has little parking.

“The [Park and Ride] facility will connect to the visitor center with a class-one bike path and designate some parking spaces for lagoon visitors.” (A “class one” path is separated from vehicular traffic and includes directional bike lanes.)

“Not to worry,” says Williamson Strawberry Farm’s manager Albino Guzman, who grows strawberries on the remaining farmland between the Yasuda property and the college. He said they signed a long-term lease, late last year, to farm the remaining 80 acres next to the lagoon.

Historical footnote: A 1972 voter initiative created the California Coastal Commission. As one of the commission’s first acts, it blocked a massive development known as Sea Village, which included these two Manchester Avenue farms and called for the grading and leveling of the bluffs that sit high above. Eventually, Sea Village was reduced to 115 homes on the bluff’s top. The project would also have had a neighborhood street, Lake Drive, made into a four-lane through-road by extending it to Manchester Avenue.

The southeast side of the lagoon — where Solana Beach’s Lomas Santa Fe Estates was sited before the coastal commission was created — gives an idea of what happened when the lagoon’s high bluffs were graded and developed.