In between the burgeoning hipness 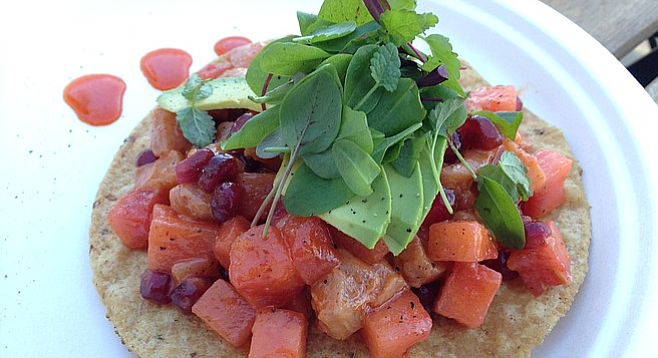 This small counter shop specializes in Peruvian seafood dishes tiradito (raw fish) and ceviche (raw fish cured in citrus juices). Organic and fresh caught local ingredients are the norm, and all dishes are made to order. 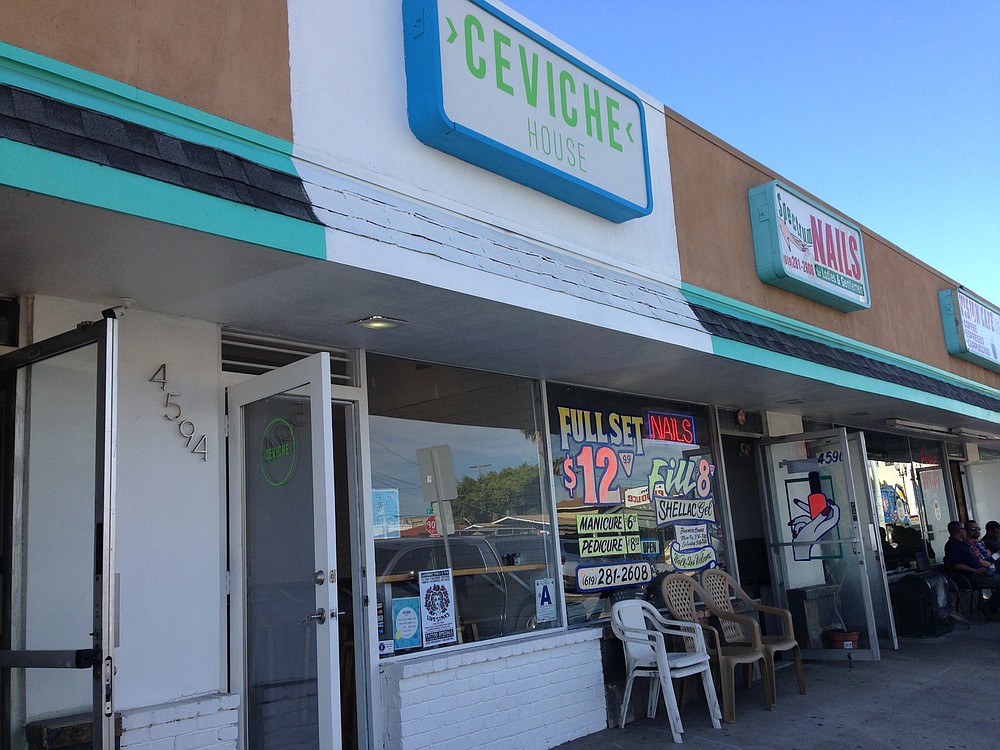 Ceviche House opened in December, the work of young chef Juan Carlos Recamier and his wife Viviana. After a few years working the farmers’ market circuit, they’ve outfitted this tiny counter shop with white subway tile and the works of a local artist. They put a couple tables and chairs on the sidewalk and dressed the de facto patio with succulents. They sell natural sodas and kombucha.

All very nice stuff, but looking from the outside in, it still looks like a small storefront in an old shopping strip. Which makes me wonder, Do I want to eat uncooked fish here?

Yes, I do. They source fresh catch daily from Catalina Offshore or directly from local fishermen most of us only encounter at the Tuna Harbor Dockside Market on Saturdays. There’s a seasonally rotating selection of white fish, tuna, salmon, and shrimp. Out of consideration for a guy like me who can’t do shrimp, they even set up separate stations so shellfish never touches non-shellfish dishes.

Aside from its ceviche menu, the shop offers tiradito, Peruvian style raw fish that falls somewhere between sashimi and crudo which can be traced back to Japanese immigration to Peru that started in the 19th century. There you’ll find a salmon carpaccio and a twist on chile relleno involving bigeye tuna and charred poblano pepper. 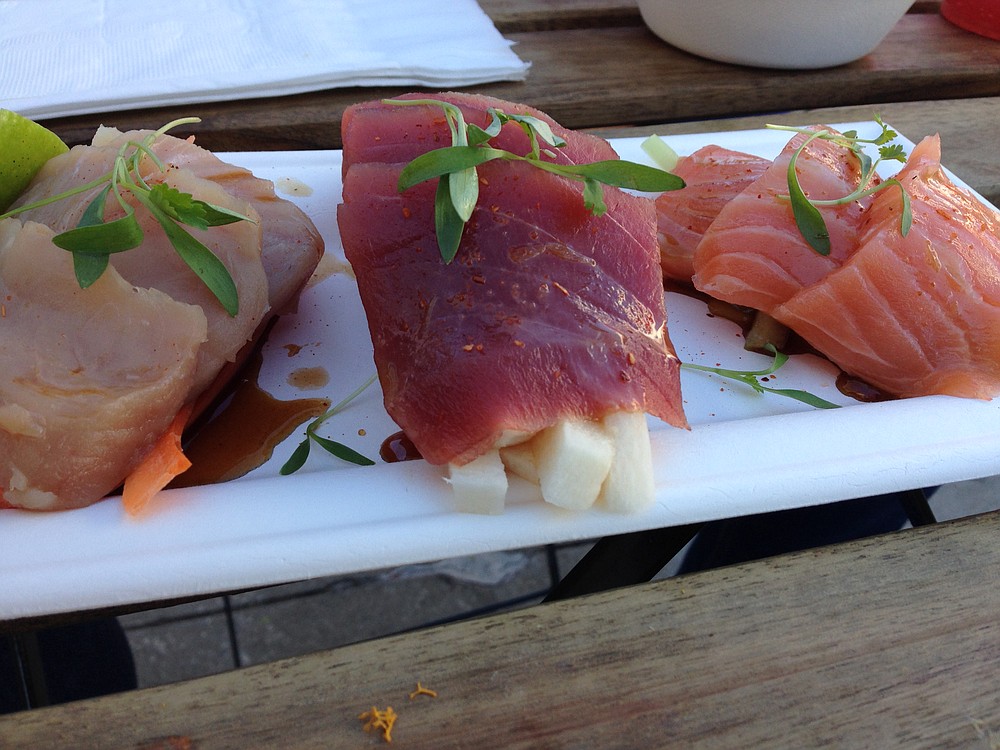 “Mexican Sashimi” — not quite what sushi chefs do

I gravitated to the Mexican Sashimi, a $14 trio of raw salmon, tuna, and yellowtail served over julienned carrots, cucumber, and jicama. You won’t find nine pieces of sashimi at this low of a price at a Japanese restaurant. That said, the sashimi tag invites an unfair comparison, as neither the quality of fish nor the knifework can compare to what you get at a good sushi spot.

This dish also suffered in comparison to the other half of this lunchtime order, the Ensenada-style yellowtail ceviche. This is served with pomegranate seeds and chunks of watermelon with chile-sesame oil and avocado. Since these guys make everything fresh, the ceviche itself hasn’t spent too much time cooking in citrus acid, retaining a mainly raw character I much enjoyed.

All the ceviche dishes may be served on a tostada, in a lettuce cup, or out of a bowl with a side of chips. I’d recommend the latter two. While the tostada was beautifully presented and tasty, there’s a generous portion of fish and fruit at work here for $6.50 to $7.50, and taking delicate bites to avoid breaking a crispy tortilla wasn’t how I wanted to tear through this fantastic meal.

Call it a house, shack, shed, or a ceviche condo. If it tastes like this, I’ll be dropping by for more.