Or just walk your dog in the botanic garden 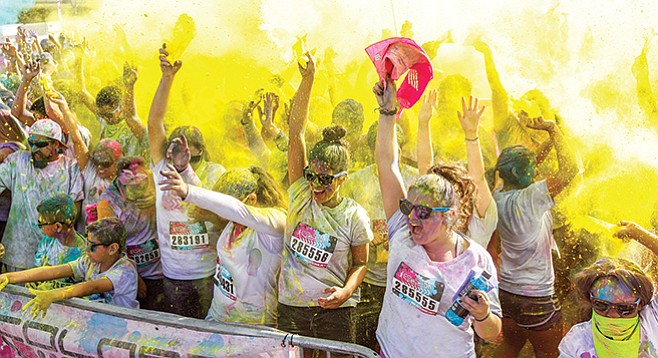 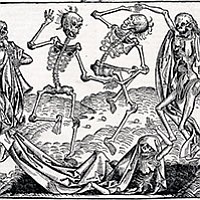 A discussion group explores questions around death and dying, life and living. It is not grief support or a counseling session. As the promoter puts it, “Chat over coffee, make new acquaintances, and take a slice out of the innate fear of death. Boo.” Your hostess is Jeanne Phillips, a hospice chaplain and counselor. There have been almost 3000 Death Cafés across Europe and North America since September 2011. RSVP is requested, as seating is limited. 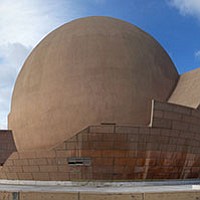 Grab your passport and take an expedition to Tijuana. Baja art collectors Alonso Elías and Patty Fontes will lead a tour of the exhibition La Colección Elías+Fontes, Historia y Relato at El Cubo at Centro Cultural Tijuana. Afterward, lunch at Verde y Crema, downtown Tijuana’s newest casual dining venue. The art continues with a visit to La Caja Galeria to see the most recent exhibition by Jaime Ruiz Otis, an artist in MCASD’s collection. The day concludes with a visit to the studio of photographer Ingrid Hernández. Ticket includes lunch, admission to all exhibitions, and round-trip border transportation. 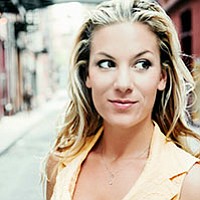 Peluso was featured in the Huffington Post as one of the funniest comics to follow on Twitter. She’s currently single and living with her two rescue dogs, Fozzy Bear and Carlin, and they’re all waiting for John Stamos to come to his senses. Her Sharp Tongue podcast airs every Monday on iTunes. Also on Saturday. 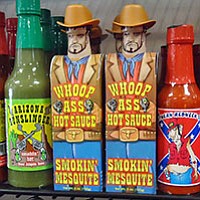 Culinary Historians of San Diego presents Ernest Miller, who will discuss the popular pepper and its uses throughout history. Miller is a chef, historian, educator, and speaker who teaches in museums, schools, and kitchens throughout Southern California. He is the co-leader of Slow Food Los Angeles, lecturer for the Pacific Food and Beverage Institute, chef instructor at Le Cordon Bleu, and director of Slow Food Preservation Advisors of Los Angeles County. 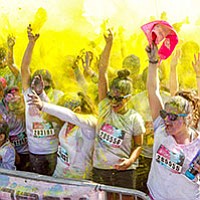 Jog, walk, skip, or dance through the course, getting blasted at every color station throughout the 5K run. By the end, you’ll look like a rainbow. You won’t be timed, and there is no pressure to hurry. Ticket includes entry to the event, a race bib, and color pack. A portion of the proceeds go to the South Bay Community Services. P.S. The color is made from cornstarch. They say it’s harmless.

Invasive Beetles on the Riparian Habitat 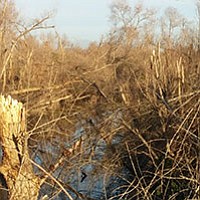 What happened to the trees in the Tijuana River Valley? Riparian forests in the area are under attack by a new invasive beetle called a shot-hole borer. Over the past few months, lush stands of willows have been reduced to bare, broken trunks. Dr. John Boland will talk about effects and how people can avoid spreading this pest. Boland is project manager for the Tijuana River Valley Invasive Plant Control Program, which began in 2002 to combat nonnative invasive plants.

Paw Walk in the Garden 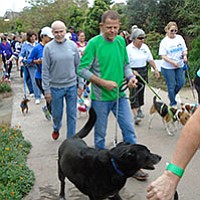 The only day of the year when you can stroll through the 37-acre garden with your dog in tow. The route winds through the areas California Native Plants, Australia, the Canary Islands, Hawaii, Bamboo, Tropical Fruit, and Palm Canyon. There will be pet products, food, treats, information and displays for animal lovers, a pet first-aid station, and the Peanut Butter/Cream Cheese Challenge (which involves a dog, a person, and a spoon). The walk is not competitive, and walkers are not required to cover the full 5-kilometer (3.1-mile) course.

Dr. Dog and Hop Along 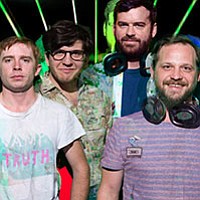 The Philadelphia band’s rootsy, albeit loopy take on ’60s psychedelic rock was “a half-baked idea back in 2001, but it has been reborn in 2016, fully baked,” according to the press release for this year’s Psychedelic Swamp. From glam’s blam to snappy synth, Dr. Dog can conjure T. Rex on one track and Spoon on the next, a competent pop-rock group joyfully out of time that crushes it live. Dr. Dog plays the Observatory North Park on Saturday. Read about it in Club Crawler. 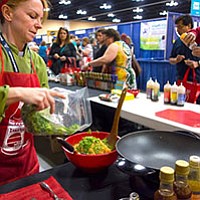 The biggest gluten-free and allergen-friendly event in the U.S., with a 100-booth vendor fair, samples, discounted products, classes related to the gluten- and allergen-free lifestyle, and meet & greets with authors and bloggers. Lectures include “Why Paleo Might Be the Perfect Diet” and “Getting Gut Healthy Again Naturally with Aloe.” $5–$15; weekend passes available. Also on Saturday. 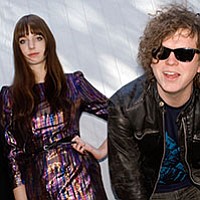 The warm, fuzzy guitars and honey-drip vocals of the Austin-based shoegaze group recall genre greats My Bloody Valentine and the Jesus & Mary Chain, but when Deathstarr explodes into noise-rock, all bets are off. Ringo Deathstarr, touring in support of their “luxuriously heavy, sweetly ghostly” (The Guardian) Pure Mood, takes the stage at Soda Bar. 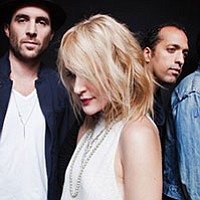 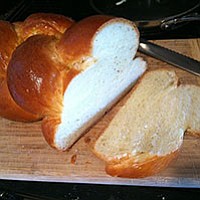 And in this week’s Feast...

Ian Pike cannot believe how good the bread is at this place. It’s even worth a “pilgrimage” to Bay Park. Or maybe you were already going that way.