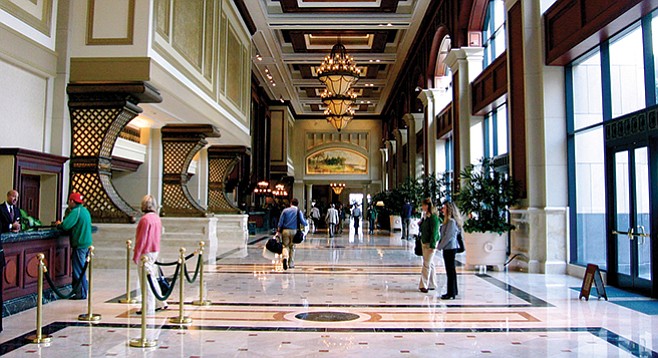 Every year the office of California State Controller Betty T. Yee accumulates more millions of dollars that belong to individuals and companies throughout California. These amounts range from as low as 1¢ to five figures. Curious as to whether they’re holding some of your cash? The Controller’s Office invites you to search online. 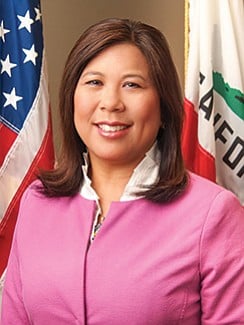 The Controller’s Office accepts electronically submitted claims for many properties under $1000. “If you find property that belongs to you, the site will ask you for certain information and then let you know if the property is eligible for online filing. This new online feature can allow your claim to be processed more quickly than traditional paper claims, with payment generally issued within 14 days.”

Otherwise, the claims must be submitted by mail. But thousands of claimants may not even know the funds are there. The office says it tries to contact claimants:

“The Controller’s Office sends out unclaimed property notices annually in an effort to connect rightful owners with property before it is sent to the State for safekeeping.”

The state’s website says that holders of unclaimed property (corporations, businesses, associations, financial institutions, and insurance companies) must “send a notice to the owner’s last known address.” Often, the addresses are wrong, due to clerical errors or the company having moved and without leaving a forwarding address.

The state’s response is that “the State Controller’s Office is now going back through this property and notifying, without restriction, all owners for whom we can find a current address through the Franchise Tax Board.”

There’s been criticism that the Controller’s Office doesn’t make an adequate effort to contact those who are owed money. For example, $8882.16 is being held for the Union-Tribune. Under “Reported Owner Address” there is no street address or PO Box. It only says, “Attn Cashier Dept., San Diego 92112.” So, why can’t a Controller’s Office employee pick up the phone and call the accounting department at the Union-Tribune or send an email?

Law360.com reported in August about an appeal to the Supreme Court in the case Taylor v. Yee. Some observers have said the State of California is seizing unclaimed property too fast. The article said the lead plaintiff “has asked the U.S. Supreme Court to review a Ninth Circuit decision holding that provisions in the California Unclaimed Property Law do not violate the Fifth (takings clause) and Fourteenth (due process clause) Amendments.” The suit alleges insufficient notification by the California State Controller to persons and organizations concerning funds that they can claim.

Glenn C. Smith, a professor of constitutional and public law at California Western School of Law, weighed in on the legal claim:

“Challengers taking on the Controller’s Office are facing an uphill battle to get the due-process issue to the Supreme Court. This controversy has already been through multiple trips up and down the federal courts, and the issue of broader relevance to the Supreme Court’s due-process jurisprudence — whether the procedures provided by the California legislature are on their face sufficient to meet due-process requirements for adequate notice — has already been resolved. This is the kind of intensely fact-based inquiry that the [Supreme Court] usually leaves to lower courts and to jurisdiction-by-jurisdiction variation — except in extreme cases.”

The Controller’s spokesperson, Taryn Kinney, told the Reader, “While the State Controller is hopeful that this costly litigation will finally come to an end after more than 13 years, she is confident that the courts will continue to rule in the state’s favor.”

As for notifying those who have money waiting, Kinney listed many ways they are doing this.

“For all properties valued at $50 or more, the Controller’s Office sends notices to owners. California is the only state that provides advance notice to property owners even before property is transferred to the state from another entity,” Kinney said. “Last year more than one million such notices” went out.

“The Controller offers an online search tool at claimit.ca.gov; we also have a toll-free number, 800-992-4647,” said Kinney. “We are informing news media and using [public service announcements] and social media to get out the word.” Other methods, Kinney continued, are: informing the public at events, “partnering with the Department of Veterans Affairs to send out informational letters, writing for association and membership group newsletters, and newspaper advertisements.”

Kinney added: “The legislature and governor provide $60,000 a year for outreach. When Controller Yee took office this year she started proactively seeking ways to reunite owners with their property. Ultimately,” Kinney said, “despite our team’s efforts to notify owners about their unclaimed property, it is the responsibility of each owner to file a claim.”

Scripps Health had the most total claims, totalling nearly $100,000. The biggest chunk is $29,998 from State Farm Mutual Automobile Insurance. The Controller holds $13,007.81 from Optuminsight, Inc., owed to Scripps Memorial Hospital Chula Vista. Scripps Mercy can collect sums of $2385.30 and $1088.70 that were sent by Wawanesa Mutual Insurance Co. 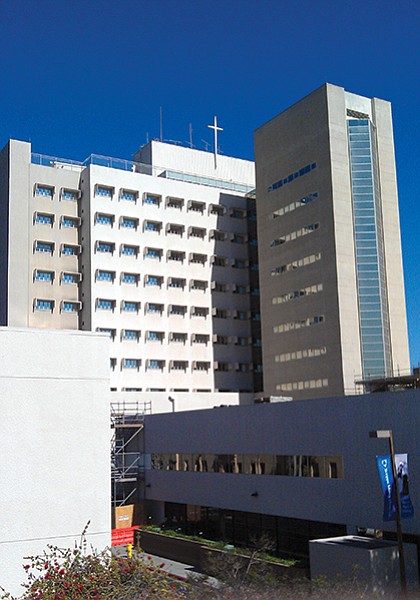 Steve Carpowich, public relations manager for Scripps Health, issued this statement: “Scripps Health has an established process, managed by patient financial services, to routinely scan websites in California and beyond for unclaimed funds and submit claims for the recovery of such funds.”

Carpowich explained why the process takes a long time:

“Scripps bills hundreds of insurance companies and in some cases these companies use incorrect information and mail the payments to the wrong address, so the funds don’t make their way to us. And in the state of California, the recovery process is not set up to move particularly quickly.”

The organization emphasized that “there are substantial back-up documents needed, some of which require notarization.”

Meanwhile, Yee announced in a November 5 press release: “Owners of unclaimed property can now make paperless electronic claims for accounts worth as much as $5000, an increase from the previous threshold of $1000. The eClaim option has returned over $27 million in unclaimed property with payment made in an average of just 10 days.”

Regarding slower claims, Yee added, “Some more complicated claims, such as those with multiple owners, safe-deposit box contents, and cashier’s checks, may need additional proof of ownership and can be claimed by mail.”

Here are more examples where local companies can collect money if they file claims. Just checking three claims, Qualcomm is owed more than $4000. The checks came from Google, Colorado Department of Revenue, and Adecco, Inc.

Doug Manchester has $67 in a missing check from Wake Forest University. His former Manchester Grand Hyatt property can file a claim for $300, sent by United Services Automobile Association.

Nonprofit corporations also have money waiting for them in Sacramento. The San Diego Foundation, a civic philanthropy organization, has a refund of $2085.63 from National Medical Enterprises, Inc., waiting to be claimed. The defunct San Diego Railway Historical Society is owed $3879 by San Diego Trust & Savings Bank (gone since the early 1990s). That bank was swallowed up by First Interstate Bank, and First Interstate later became part of Wells Fargo Bank.

It's interesting that each state has it's own rules on escheatment. I went through an attorney to collect funds in Michigan owed my mom who died last year. She had some old CDs that she had forgotten that were escheated. I didn't locate them on my own when I initially contacted the state. It didn't seem the financial institutions made much effort to locate her as she was quite scrupulous with her record keeping.

That's why there have been lawsuits against states. It's advantageous if states get to keep those $$$, by not being proactive in finding companies and individuals. I wonder if any state controllers bother to do Google searches? In California, they can't even seem to find famous (living) celebs!

Here's my experiences as an amateur finder of lost money; 1) Over the years I've found around $30,000 for family, friends, and known businesses. Most rarely file claim forms to get their money back. 2) The state holds even pennies forever, which is dumb. Should be threshold of less than $25 goes to state, rather than spending more than that in staff time trying to re-unite a few bucks. 3) I e-filed and got my $1.78 back within a week. 4) The state will not help you when Aunt Gurdie leaves a safe deposit box or an "unknown asset." There is no way to know what was in the box, unless one files a claim. 5) Most unclaimed property is not forgotten accounts, its errors in addresses. Then the state wastes money mailing "one million notices" to dead addresses. 6) The Controller's office has improved the processes since John Chung was elected nine year ago, but have millions of claims to deal with.

Ken, why didn't they bother? Were they afraid it would be too difficult to prove it's their money, because they can't find the documents needed? As for the dead addresses, a solution might be for the State Legislature to allocate more funding, specifically for additional staff who would spend time contacting companies via email, especially those that are owed 5 to 6 figures (like Scripps).

By the way, Pete Wilson can claim an old amount of $35.11. It was mailed to 1200 Third Avenue (the Civic Center Plaza building) for some reason. If this dates back to his Mayoral days, it should have been mailed to 202 C Street, Suite 11.