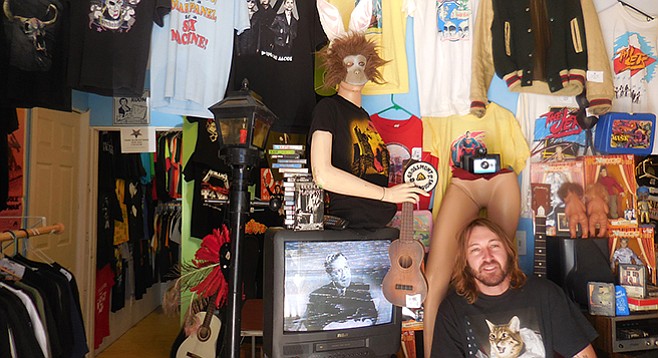 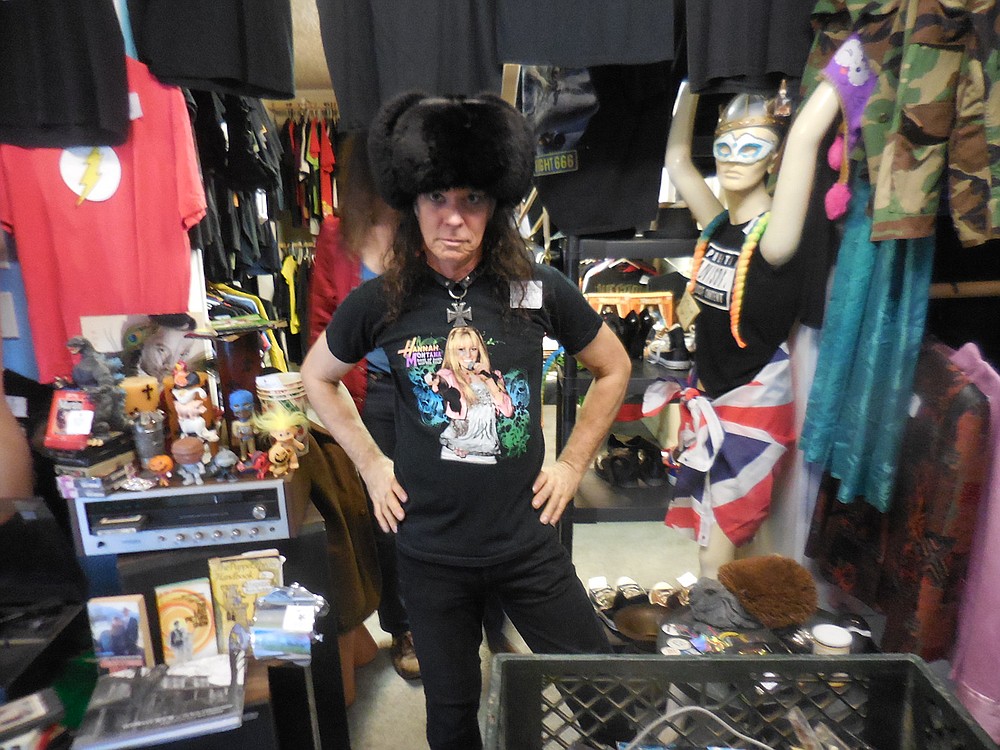 “The drummer from the Germs bought Hannah Montana and Care Bears T-shirts."

The only band name that caused a stir, however, was Homeless Sexuals, which he started in 2003.

“It took three or four years to get people to join. I think the name scared them off. But we’re still going. We’re just looking for a drummer.”

Others know Buck for his 18 years working at Taang! Records in Hillcrest.

“I quit Taang! about a year and a half ago to do this.”

Buck now gets to focus on an obsession of his: acquiring and reselling rock-and-roll collectibles — bobble heads, posters, lunch boxes, and other pop-culture detritus. 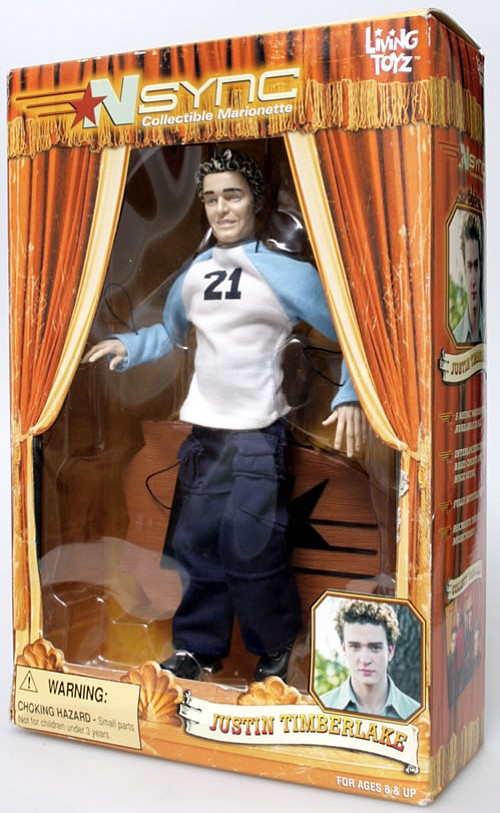 Like any other businessman, Buck struggles to keep the doors open at his Full Contact Rock N Roll emporium. It doesn’t hurt that his store, known for supplying “all things odd, weird, and strange,” is in the heart of North Park, a couple streets away from the Observatory concert venue.

“Ariel from Ariel Pink came in and bought a Bratz kids keyboard that I put a guitar jack on,” says Buck. “I used it in my solo band A Zillion Happy Volts. Ariel used it during his show at the Observatory for about four songs.”

But band T-shirts are his bread and butter.

“The drummer from the Germs bought Hannah Montana and Care Bears T-shirts.... I had a Rolling Stones jacket that had a $500 price tag. Someone offered me $300, so I took it.” 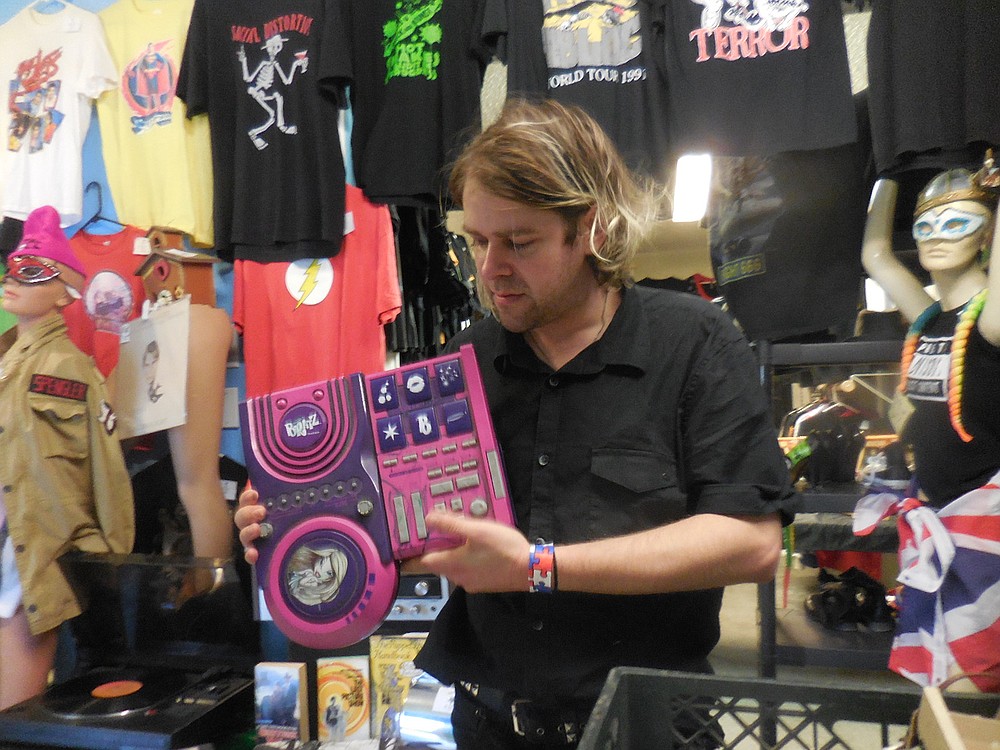 “Ariel from Ariel Pink came in and bought a Bratz kids keyboard that I put a guitar jack on.”

It sounds fun, but Buck says it wasn’t easy at first.

“I went to estate sales, yard sales, garage sales, and thrift stores almost every other day. But people are starting to come to me. I’m using less gas than I was.... I started breaking even in December.”

But then, he says, he became a victim of his own success.

“They just kicked me off of eBay forever.” Buck says he paid an extra $200 per month plus a percentage of sales to maintain something called a fixed store with eBay that would showcase up to 2500 items. He says in-store business was so brisk just before Christmas that his items “sold before I could take them off eBay.... I had a perfect rating with eBay. Nobody lost their money. But they kicked me off.”