Hammering away on that mall-crazy Carlsbad City Council

If projections are too low, local traffic will be a nightmare 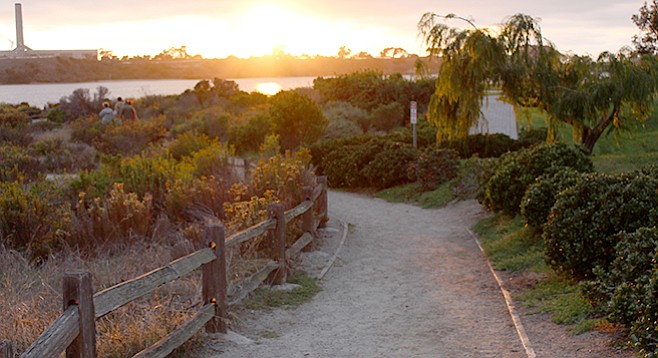 Post Title: Ten Reasons to Vote “No on A” in Carlsbad’s Special Election

What follows is a list of reasons I voted no on Measure A. They tell the story of how a billionaire L.A. developer persuaded elected officials to agree to put our city’s quality of life at risk. On February 23 we’ll find out if he succeeded.

The Agua Hedionda 85/15 Specific Plan Initiative was launched by a trio of residents hardly representative of the city’s diverse community: the only volunteer on the lagoon’s foundation board, composed mostly of corporate executives, like the owner of the land the developer wants to buy (SDG&E) and the developer Rick Caruso’s own corporate representative; a former CEO of the Carlsbad Chamber of Commerce; and a former city planning commissioner.

On August 25th the city council unanimously approved the developer’s plan, refusing to allow a vote of the people as promised, or even a 30-day cooling-off period to hear from their constituents.

Westfield Corporation’s VP for corporate relations declared, “Westfield is not providing any support, financial or otherwise, to the referendum drive” after mayor Matt Hall teamed up with Caruso to make that claim. They then invented other unnamed “outsiders,” clueless that thousands of Carlsbad residents would be offended by the council’s rude dismissal of their concerns at the August 25 meeting.

5) Dishonest promise to save the strawberry fields

On page 5 of the Specific Plan Description Appendix N “Transportation Impact Analysis,” you’ll find, “The site is currently occupied by the Carlsbad Strawberry Fields and other agricultural uses, and these will continue to operate in a different configuration and at a reduced level.” It’s no surprise the strawberry fields are not featured in the “Yes on A” campaign.

A shopping center is hard to find in the deceptive glossy mailer, “A Bird’s Eye View of the Agua Hedionda Lagoon 85/15 Plan”

If projections are too low, local traffic will be a nightmare. If projections are too high because online retail customers continue their flight from large department stores, or another deep recession hits, the failed project could become Carlsbad’s Stonehenge by the Lagoon, a legacy of city leaders who thought they could get something for nothing.

The city’s 9212 Report (Table 5, p. 36) found Caruso overstated all projected revenues for the city. A second analyst found he incorrectly designated his proposed shopping center a “super-regional” mall, allowing him to expand the projected market area. Phony promises of a larger, wealthier customer base hide the likelihood of local small business failures.

Proponents of Measure A, as well as our mayor and city council, claim Caruso’s project is the best we can hope for to cover those 48 acres of commercially zoned land and to get public access to trails and open space. Don’t listen to them. The city has a lease with SDG&E to allow for a park and recreational uses, open to the public, in 90 acres of open space. Spurred on by the passing of Prop D, the city set aside $5 million to make that happen.

As for the 48 acres of commercial land, check out the “General Plan Table 2-4: Characteristics of Commercial Land Uses” on the city’s website. You’ll find many options more attractive than a shopping mall. What goes in there will depend on the wisdom and judgment of our elected leaders. Unfortunately, the current bunch seems eager to transfer their responsibilities to a billionaire L.A. developer.

I guess the civic leaders in Carlsbad who are in favor of the mall have been bought out enough that they can quickly leave town if this goes forward? Cash only, full speed ahead?

This piece with its excessive structure invites a point-by-point analysis. So, 1), I know nothing about these folks, and won't attempt to respond. 2) An overkill issue, in that air pollutants are managed on a regional basis. 3) The vote of the city council may have sealed the fates of many or most of the members. If the city voters vote this down, Matt Hall and his sycophants will be toast. 4) Westfield doesn't want this to happen. But Westfield is struggling to keep its malls current, and lacks the bucks to buy an election in a city like Carlsbad. 5) and 6) are nothing I can make comment on. 7) Money talks. 8) You are pointing out two very different outcomes. If the mall succeeds, traffic will be terrible. If it fails, it will leave a huge monument to folly. 9) No comment at this time. 10) This is no super-regional mall, with only one major anchor tenant. Rather than worry about the place having too much business, worry that it fails. With only a single major tenant, it will be at a disadvantage to the Company Stores just next door. That operation is doing a big volume now, and shows no sign of slackening. If the new owner of Plaza Camino Real goes ahead with refurbishment, there will be even more competition for consumer dollars.

The rapidly changing retail environment means that progressively fewer physical locations will be needed for transacting business. The last thing needed is more retail space, yet that is exactly what Caruso wants. Does he really believe in the potential for success? I'd wonder about that. As a developer, it is expected that the operation will be sold off as an investment vehicle to such things as insurance companies. So, Caruso can clear a fat profit on it, and then step back and watch it fail.

Welcome to the Anhedonia Mall!