In search of a party and Star Wars relics

No Yoda in dunes near Yuma 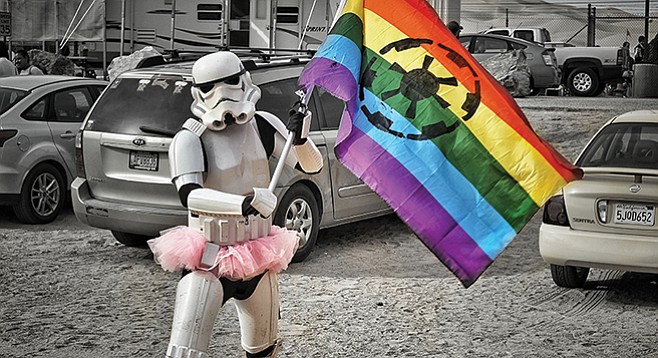 when I glanced over the Facebook event page advertising a Star Wars cosplay convention in the dunes outside of Yuma, I automatically assumed it would be a party. I pictured spacetini-sipping Slave Leias and inebriated Ewoks stumbling around the desert on a headful of acid. I imagined tequila-soaked Jawas and uproarious Jabbas gloating in the midday heat. But as my buddy Justin and I pull in to Buttercup Ranger Station, it dawns on me that I’m as wrong as skinny jeans on Tatooine. This isn’t a party at all.

Because I hadn’t bothered to read the event page, Justin explains that this is a filming location from Return of the Jedi. 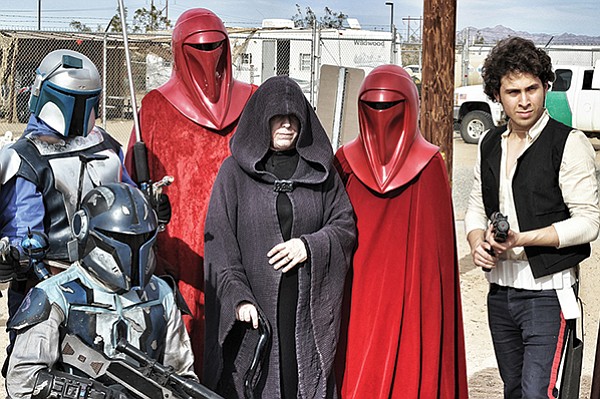 Cosplayers from as far as Phoenix and San Diego converged on the dunes of Buttercup Valley.

The only apparent activities include wandering around the dunes or standing in a long line made up almost entirely of families. A Red Guard appears and murmurs something about the Emperor to Boba Fett, who pulls the nearby characters together for a photo shoot. Those of us with cameras jockey for position in an awkward, obligatory frenzy. Coming to terms with the fact that we’ve crashed a children’s parade, we go back to the car to load our Sombrero’s cups with beer and consider our next move. A stormtrooper with a rainbow flag and pink tutu poses for photos. His face is hidden, but I’m certain I can sense the same wry chuckle that hit Justin and me when we realized we were the only ones who had come out here expecting a rave.

“Do you think he’s selling ecstasy?” Justin wonders aloud, but he’s gone before we have the chance to find out. 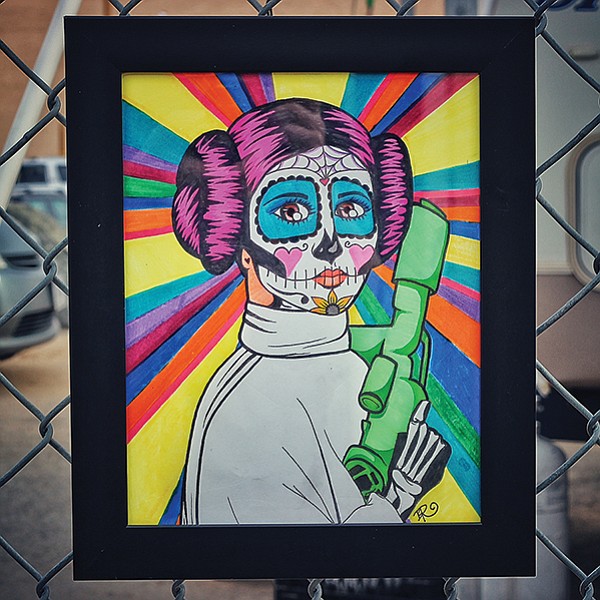 The City of Yuma curated a small collection of fan art for the event.

“It’s about a two-mile walk,” a ranger explains at a fan-art area organized by the City of Yuma. “Just follow whatever’s left of the service road out to Jabba’s sail barge and don’t get lost. That’s very common.” 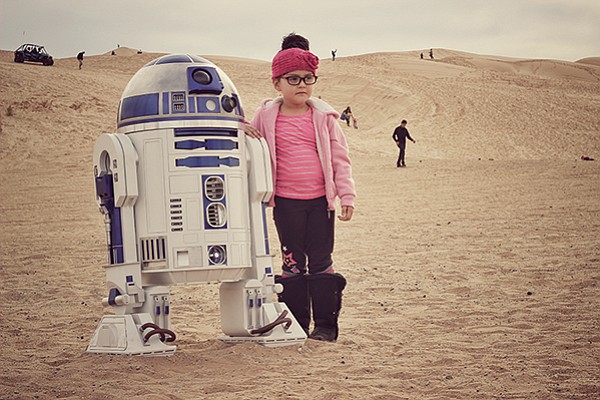 Like a fate-fueled R2D2 and C3PO, we head off into the dunes. An hour later, half-drunk and dehydrated, we come upon a crowd of characters in a clearing. There is no barge. There is no sarlacc pit. There isn’t anything but sand. We ask a dude in a slapdash Grand Moff Tarkin outfit where to find Jabba. He gestures across the valley.

“Go that way,” the Grand Moff says. “There’s not much out there, just some holes in the ground where people went digging for leftover lumber and insulation. People like to collect that stuff.”

We eventually find the site, we think. It looks like pretty much everything else out here, except a bunch of rocks and sun-bleached beer cans that litter the desert floor. I pick up a rusty screw and hold it for a while. I try to feel emotions, but nothing happens. No sense of arrival. No fanboy giggle-fit. Nothing. 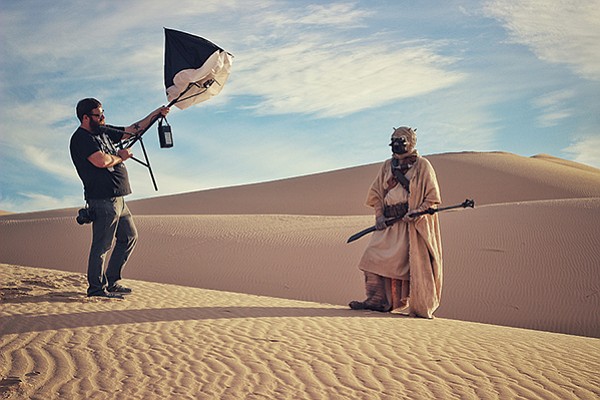 The independent event was backed by Yuma this year, raising numbers from 30 to hundreds of attendees.

The anticlimax of the set feels exactly like that of the recent Star Wars movie, which appeals to the same, distant sense of nostalgia but, like the characters in the film, comes off as a craggy relic. As a so-called Millennial, I’ve always accepted that I am doomed to a lifetime of hopeless Star Wars fandom, but I realize now that my attraction to the series is mostly a matter of proximity and osmosis. I love Star Wars in the same way I love pizza or air conditioning or Halloween. It’s just the obvious thing to do.

When we get back to the station, we’re mostly delirious. The notes in my voice recorder have stopped making sense. Rainbow trooper is gone. Return of the Jedi is playing on a large screen. I thumb the weathered screw in my pocket.

It’s stupid, but I keep the damned thing.