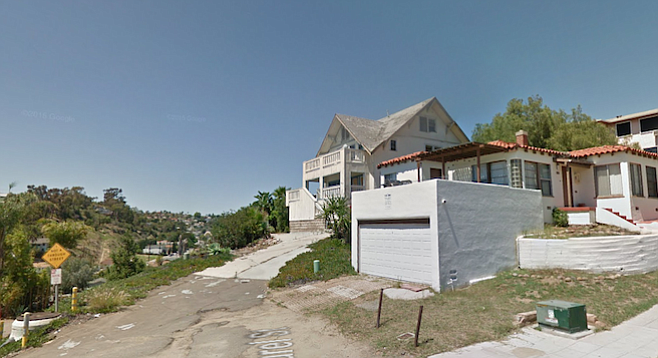 During a February 10 meeting, San Diego city councilmembers on the Smart Growth and Land Use Committee will hear a proposal to sell two city-owned properties in Bankers Hill, one of which housed a former AIDS hospice house in the 1980s.

Dozens of Uptown residents, historic preservationists, and open-space advocates are expected to be in attendance to lobby against the sale. As reported by the Reader, those opposed believe the properties located at the intersection of Laurel and Union Streets could be used to provide access and egress to Maple Canyon while preserving a potentially historic site: the Truax House, one of the first AIDS hospices to operate in the region, which was originally built in 1912 by a wealthy entrepreneur Edward A. Kavanagh.

They say that the city should hold off on making any decision until a historical determination is made; additional time would also enable nonprofits to find funding to acquire the properties for preservation.

City staff, however, see no value in the site, other than the $2.47 million that could be generated from the sale.

A February 4, 2016, report from the Real Estate Assets Department states that uneven slopes and the estimated $1.4 million it would take to restore the homes are reasons to delete the properties from city inventory.

In emails to residents, a staffer in councilmember Gloria's office hints that Gloria may be siding with staff — that the properties would be better off in the hands of private parties and not a City of San Diego asset.

"Councilmember Gloria feels that the house as it currently stands (boarded up) under city ownership, is not honoring the history of the house, or site, and is doing a disservice to the community," writes Gloria staff member Adrianna Martinez in a February 8 email to residents.

"It is our understanding that the potential of the house to be historically designated does not change with the sale of the property, which we know has been a concern to many members of the community. Councilmember Gloria feels that if this site is, in fact, a historic resource, it should be sold to someone who can restore it and give it the attention it deserves." 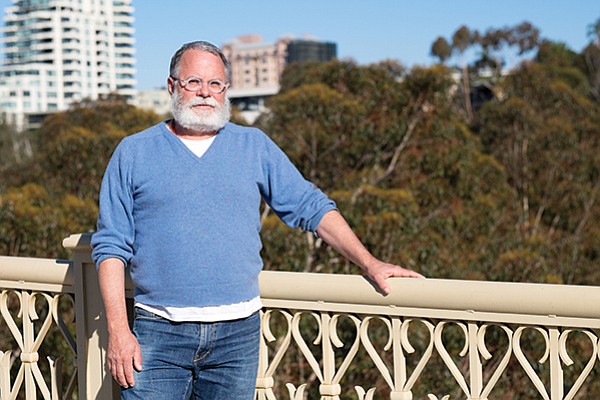 "While I can appreciate that it could be better for a private party to both restore and maintain the structures, should that be the ultimate decision for their future, they should only be sold with airtight historic protections on them," writes Roy McMakin, president of the Friends of Maple Canyon group.

"There seems to be a problem in San Diego with the city giving quick over-the-counter demo permits for historic houses that folks want to redevelop, or accepting sham architectural historic reports that encourage the properties to be torn down."

Adding to their frustration, according to a July 2015 press release from councilmember Gloria's office he and the nonprofit Lambda Archives were responsible for obtaining a $30,000 state grant to help identify historically significant properties and landmarks integral to members of San Diego's local lesbian, gay, bisexual, transgender, and queer community. The report is expected to be completed at the end of the year.

“This work will help us identify potential historic resources that should be preserved,” said Gloria in the July 2016 release. “I’m grateful to the state for recognizing this need, city staff for pursuing the funds, and Lambda Archives for advocating so strongly for this needed study.”

But Gloria's reluctance to fight to keep the Truax House from the wrecking ball has angered even those who he worked with to obtain the state grant.

In a February 9 email, Charles Kaminski, a boardmember who serves on Lambda Archives, reminded Gloria of his commitment to preserving historically significant LGBTQ sites as well as the fact that one of the benefits of having such a report is to help "guide land use decisions, conduct environmental reviews under CEQA, prioritize preservation goals, develop adaptive reuse and heritage tourism initiatives..."

Wrote Kaminski, "Note the language: 'land use decisions', 'develop adaptive reuse', besides the other phrases equally as important.

"...I urge that this specific property be pulled [from the agenda] and placed on hold until the LGBTQ Historic Context Report is completed and the community has the time to gather thoughts, strategize and present an action plan."

The February 10 meeting will be held at 2 p.m. on the 12th floor of the City Hall building.

Attached below is the link for SGLU Items 3 and 4, including State law on Surplus Property, and several City Council Policies. The public has 60 days to turn in their objections and plan for use of the 6 properties.