Fortress with a view 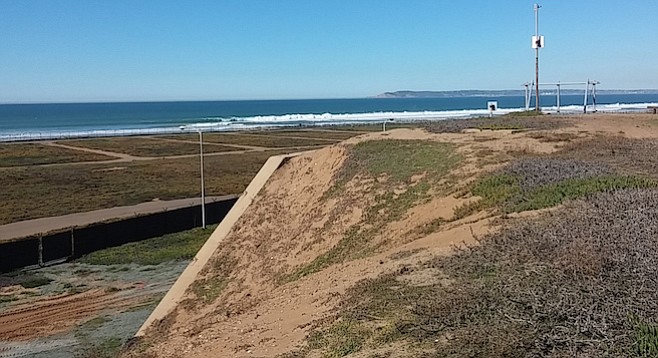 The only high point on the coast between Monument Mesa at the border and Point Loma is about to come down. But it won't be easy, says Jim Nible, the U.S. Navy contractor in charge of site safety.

The 105-foot-long bunker with massive gun turrets on each end sits on some of the finest real estate in San Diego County, at the south end of the Silver Strand, just before Imperial Beach. For now and for the eight months Contractors estimate it will take eight months to tear it down.

Battery Gatchell and much of Fort Emory will be replaced by a $1 billion compound called the Coastal Campus for the Navy's Special Warfare Command, bringing the various training facilities all over the country to one location.

"It will be good for training, good for the Navy, and good for the SEALs and their families," Navy public information officer Sandy Demunnik said. But tearing down a structure meant to be the base for two 16-inch guns is going to be a huge project.

Fort Emory, a U.S. Army facility, was built in less than a year after the December 7, 1941, attack on Pearl Harbor. A sub-post of Fort Rosecrans and part of the Coastal Defense System, Fort Emory was named for Brigadier Gen. William Emory — but for whom the fort's location would have been on the U.S.-Mexico border.

At the end of the war between the United States and Mexico in 1848, as part of the Treaty of Guadalupe, a group of U.S. and Mexican officials and surveyors went out to place monuments along the physical border created by the treaty. Emory was trained as a surveyor and he purposely fudged his calculations as the surveying party made its way west from Texas, pushing the border's endpoint south from the bottom of San Diego Bay to its current location — taking the then-fertile Tijuana River Valley from Mexico. 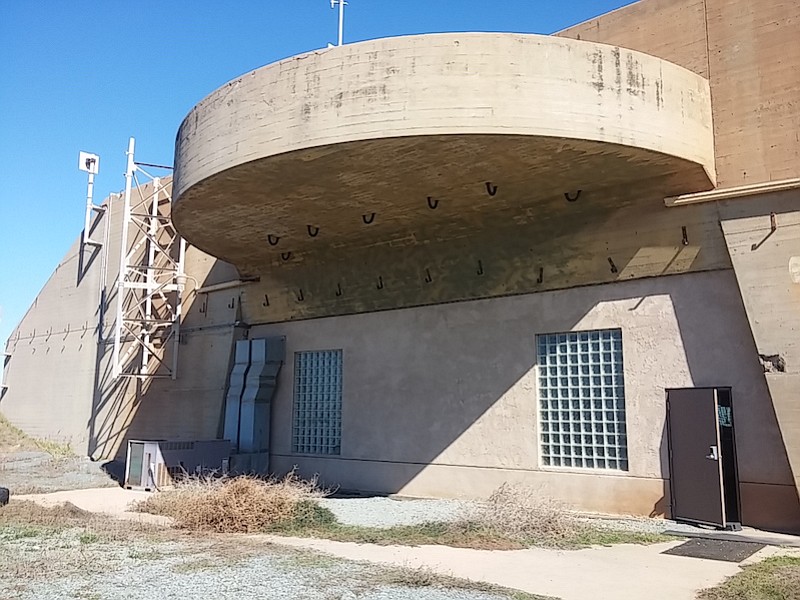 Within Fort Emory, the Army built Battery 134 — Battery Gatchell — with platforms for two 16-inch guns, which means the inside of the 67-foot barrel is 16 inches in diameter.

The guns shot shells weighing 1900 to 2700 pounds up to 24 miles at speeds up to a half mile per second. The battery was also built to communicate with the base end stations used to monitor the coast for enemy activity. Three of those base end stations, the surveillance outposts that fed information to the forts including Emory, remain at the U.S.-Mexico border. (Disclosure: I have written the only application to list the border base end stations on the National Register of Historic Places.)

Local historian and fort buff Ken Glaze says the guns were never mounted. Glaze has written a book about the local components of the Coastal Defense Network called Illustrated Fort Rosecrans, and he discovered a lot of construction and design documents, as well as much history as he wrote the book.

"By 1944, it was pretty obvious they weren't going to be used," he said. "Because Fort Emory was so under-utilized, Gatchell is in really good shape."

The Army paved a grid of streets around Emory that may have been done to give the fort the appearance of a housing development from the air, he said.

Well, for once in this Navy town, someone wrote something accurate about the fact that the Army built things locally. Actually, the Army came to San Diego well before the Navy, and set up coastal guns at Fort Rosecrans. By 1943, the Army had pretty well decided that fixed artillery was obsolete as a means of protecting a seaport. It had been building those batteries to handle 16 inch guns at the behest of the Navy. For those who might have frequented Border Fields State Park up into the 70's, the concrete platform that was just north of the border was a gun mount, and probably dated from WWII.

Another place you can see preserved gun mounts for the really big guns is the Marin Headlands just north of the Golden Gate Bridge and to the west. Fort Rosecrans still had the portal of Battery Ashburn the last time I looked, but the Navy is using the whole reservation, and that area looked active. There's little of the Army buildings remaining at Fort Rosecrans. The biggest area started by the Army there is the cemetery, no longer run by the Army, but now handled by Veterans Affairs.

This is the first time I'd heard of Fort Emory or Battery Gatchell or anything else having to do with coast artillery on the strand. Of course, the Imperial Beach helicopter base started out as an army airfield 'way back in the 20's or earlier.

If you want to visit a coastal battery no need to go to Marin - Fort MacArthur on the top of the hill in San Pedro is home of a very active museum that is open year round and which, in the summer, has Fort MacArthur Days which brings all sorts of military history reenactors to the site.

You're right, and I should have remembered that. That's especially true because my first association with the Army was in LA, and I was at "Fort Mac" many times. Fort MacArthur had two parts, the "upper reservation" that was where the guns were installed, and the "lower reservation" down by the water that had the hospital, PX, clubs, and hq. In the 50's and 60's it also had the Missile Master that controlled all the Nike missile sites that ringed LA.