A welcome break from opera — super, space, or otherwise

A good week of new movie releases, including Jackie and Rogue One 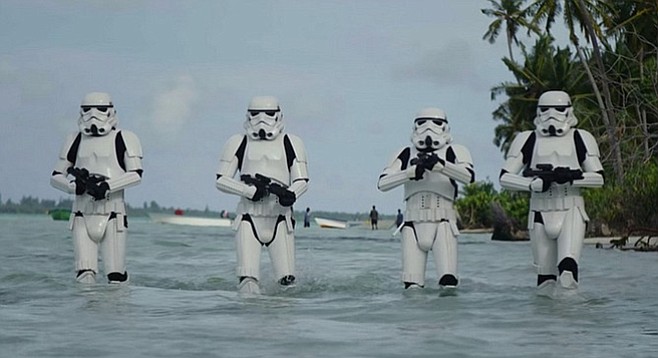 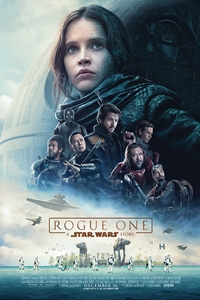 The Wikipedia entry for Rogue One: A Star Wars Story calls it “a 2016 American epic space opera film.” There’s lots more after that, but let me pause for a moment.

“Space opera?” As in “soap opera”? As in “Captain America: Civil War”? (Hat tip to my friend Charlie for pointing that one out.) I’d argue that Rogue One is the first Star Wars film in ages — maybe ever — that didn’t feel like a soap opera in space. No forbidden love. No mysteries about who is whose father/mother/sister. No tortured emoting lent extra significance by ponderous talk about the cosmic power of said emotion (“Release your anger,” etc.)

Most importantly, while it’s clearly a prequel with oodles of ties to A New Hope, there’s no feeling of “tune in next time!” As David Edelstein notes over at New York Magazine, “The problem with these ‘franchise’ films is that because of the need for more, more, and yet more installments, nothing ever seems wrapped up. But this one arrives at a familiar place and things get pretty well-settled.” A-men. 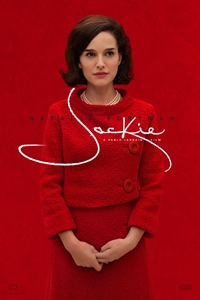 So much for the biggest movie of the week. Now on to the best. Scott would say it’s the unconventional First Widow biopic Jackie, but then Scott tends to be partial to director Pablo Larraín (No, Tony Manero, and even The Club). Me, I admired Jackie more than I liked it. I’d give the edge to La La Land, which is maybe not as great as a lot of critics are making it out to be but which remains a toe-tapping, grin-making ode to the artist’s struggle. (Scott liked it so much he didn’t even complain about the bad lip-sync during the otherwise delightful opening song!)

At the recent voting session for the San Diego Film Critics Society awards, there was a minor debate about whether or not you had to be able to sing to star in a musical. I say no — all you gotta do is sell it. And Emma Stone sells it. 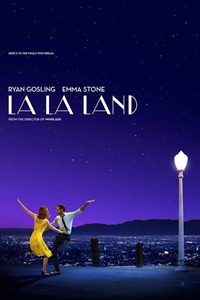 As for the worst entry this week, the Will Smith weeper Collateral Beauty wins easily. (I didn’t ask Scott to review it — it’s Christmas, why be mean? — but the man is devoted to his craft.) The low-fi ’80s horror tribute Beyond the Gates wasn’t great, but at least it had heart (and guts, and brain matter, and you get the idea). Both Scott and I wanted to like that one more than we ultimately did.

In between the high and low were two solid smaller pictures. The Brand New Testament managed to give us a ten-year-old Little Miss God who was neither too precious nor too precocious, and a Daddy God who was a petty, mean-spirited delight. And in a bold move, it posited supernatural reality without the hope of an afterlife.

Evolution, meanwhile, eschewed the supernatural for super nature, the vivifying force that gave rise to what came before us, us, and what comes after us. And it upheld the saving power of human inspiration and artistic endeavor in the process!