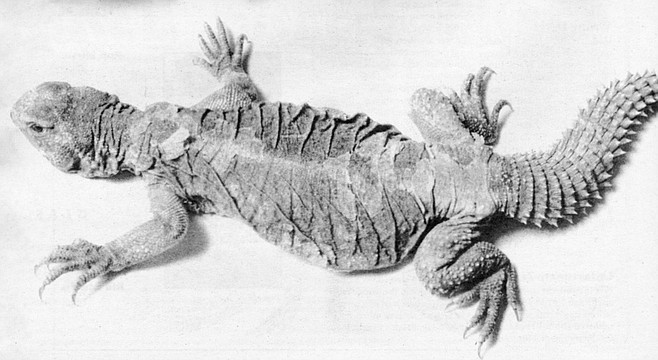 It was sheer proximity that charmed me. His claws were as thin as embroidery floss unraveled, and he had a wisp of grass on his head, which gave him an agreeably foolish air. If he hadn’t been so terrified, I might have touched his smooth-skinned head, which was thinner than my index finger, or his oval body, barely two inches long. His tail was longer than the rest of him, and it narrowed to a fine, dusty cord. 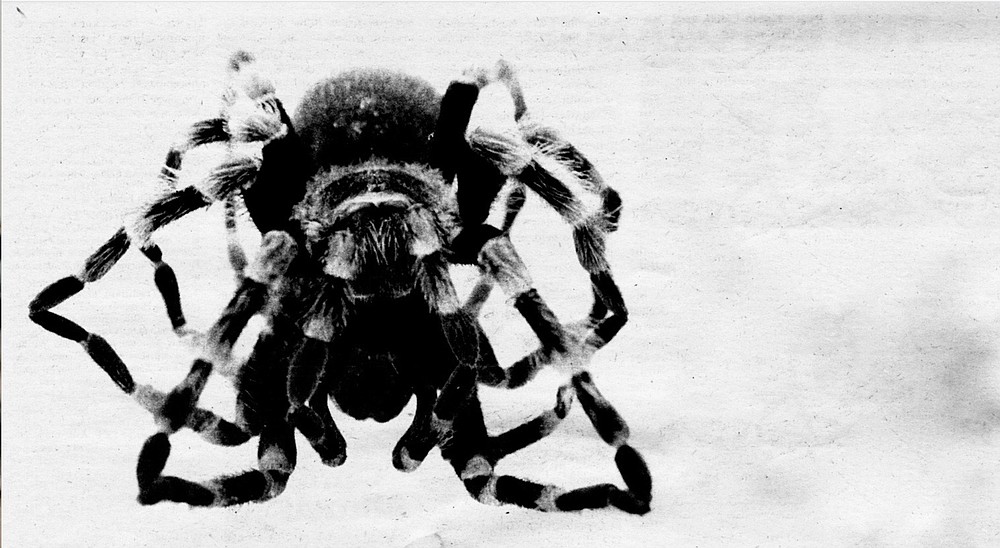 Hairy Mygalomorph. “Don’t blow on tarantulas. They really hate that; it both frightens and irritates them."

If, by some chance, you are bitten by a tarantula, or a Hairy Mygalomorph, fear not. “They have very little venom, if any," said Faulkner. “If you are bitten you can expect just a localized reaction and two fang marks. Their bite is probably less harmful than a bee sting. There are some in South America that are considered deadly, but when I say that. I'm referring to a case where someone had an allergic reaction." 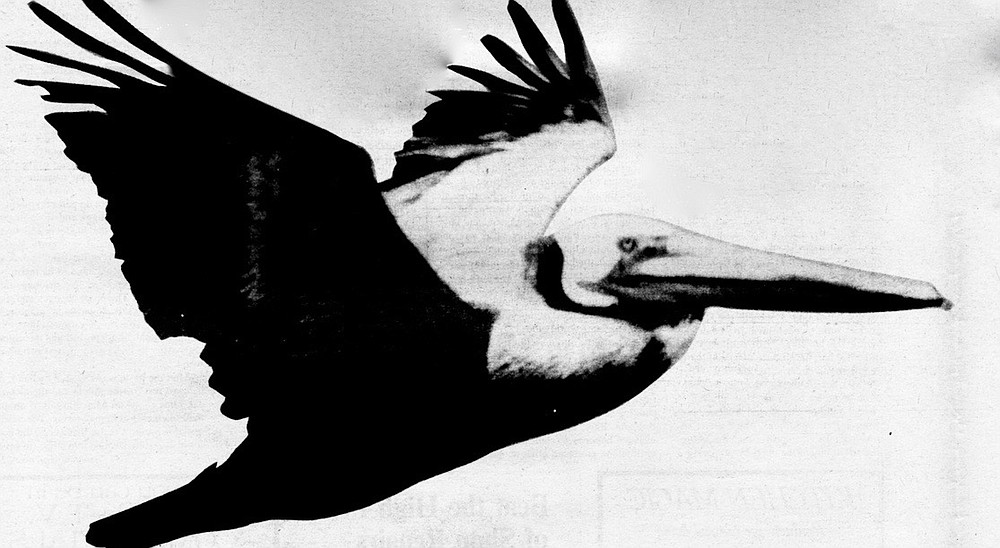 "I'm enthralled by creatures with wingspans so wide that they seem to wobble when they beat."

I think San Diego is more beautiful because of them, creatures with wingspans so wide that they seem to wobble when they beat; who glide low and heavily and smoothly like elegant patrol planes; who can climb so effortlessly and then drop like stones to the water surface, creating splashes so huge that each dive is a separate comedy. But I wonder if it would have made a difference if pelicans had simply vanished from the globe? 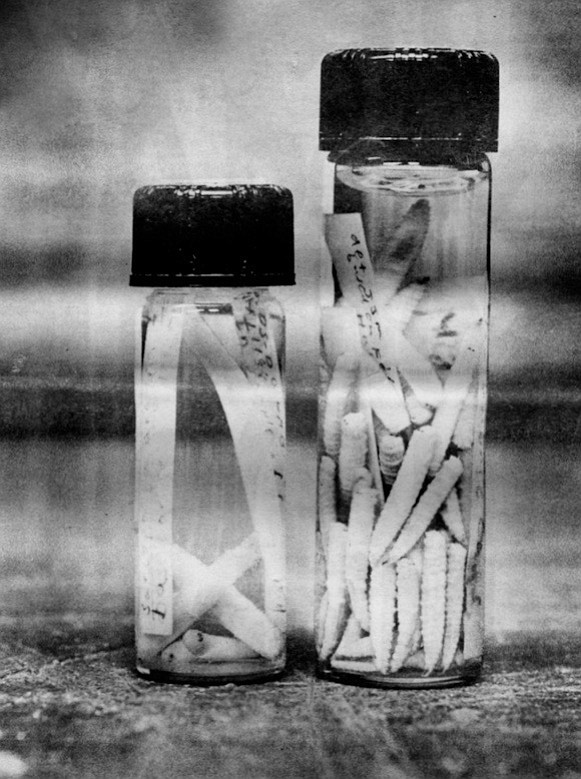 "If it’s a blowfly maggot and it’s alive, it feels pretty sturdy. They give a lot, but they’re resilient. They are soft. They’re not warm.”

When the Fly Found the Cadaver

“Moths will occasionally show up. For instance, someone had purchased a home in the Firestone area of Los Angeles. Back of the house, there was an old shed, and the new owners noticed something sticking out of the ground. They dug around, and there was a human foot. Police came, exhumed the body. The body had been wrapped in a wool blanket, and as the police were unwrapping it, moths flew out of its abdominal cavity.” 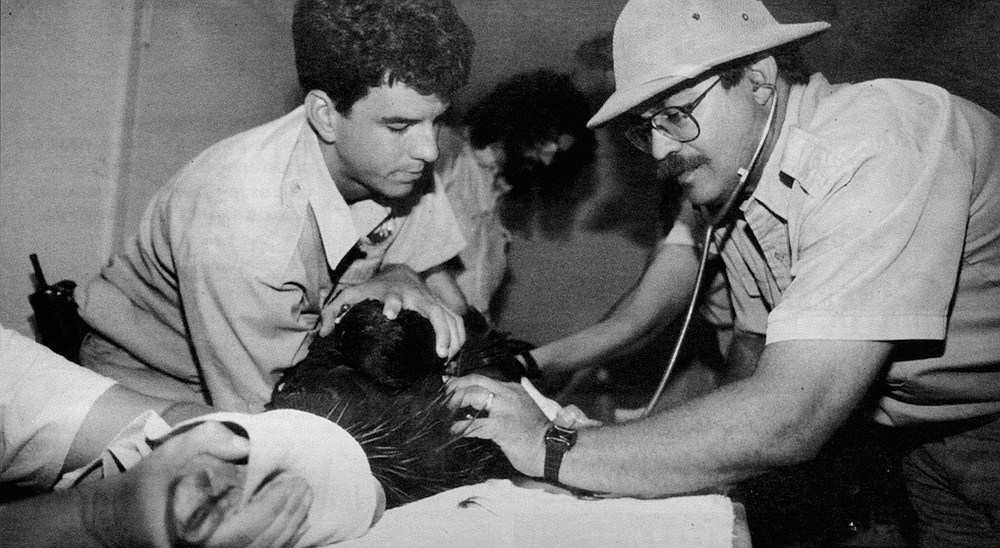 The Least Tern Says Something Ominous Is Coming

“They couldn’t kill them with any of the biological toxins, nor with botulism or anthrax. The condors have a tremendous immune system. There’s almost nothing they can’t eat. They hunt with their noses, and the deader something is, the better they like it. So perhaps the California condor holds the genetic key to improve our own immune system? Who is anyone to say that we can let condors die out because all they do is eat dead stuff?” 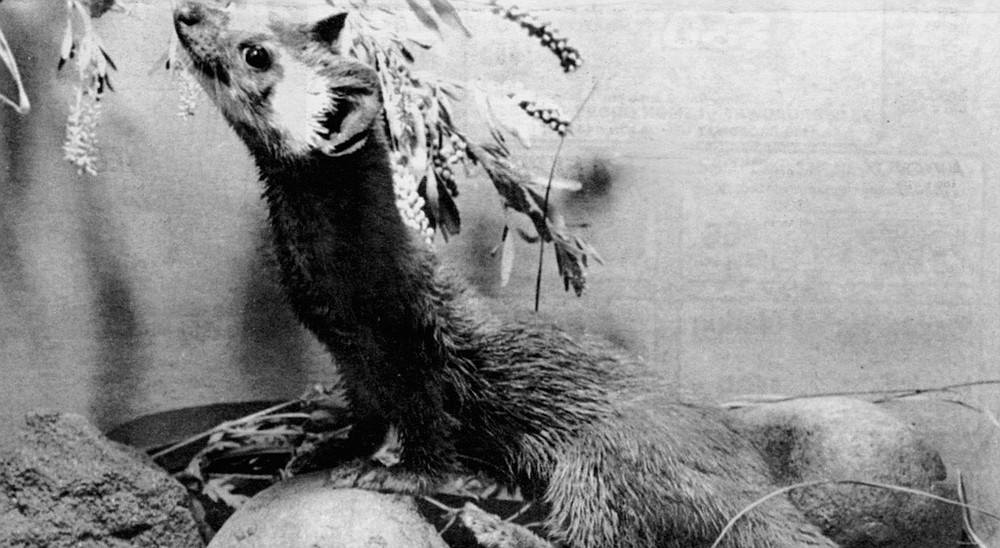 California long-tailed weasel. "When I went out to see him, the weasel stuck his head out of the pipe and studied me."

I Wanted to Own Him Until He Opened His Mouth

Six days later, on a morning when the air was light blue, the weasel left his kill on the driveway, a young opossum so dead that his stiff tail seemed to grow straight out of the concrete. I say the weasel killed him, but I’m going by his bad reputation in hen houses, his preference for blood and brains when food is plentiful, his tendency to grab the neck and bite the soft parts of the skull. 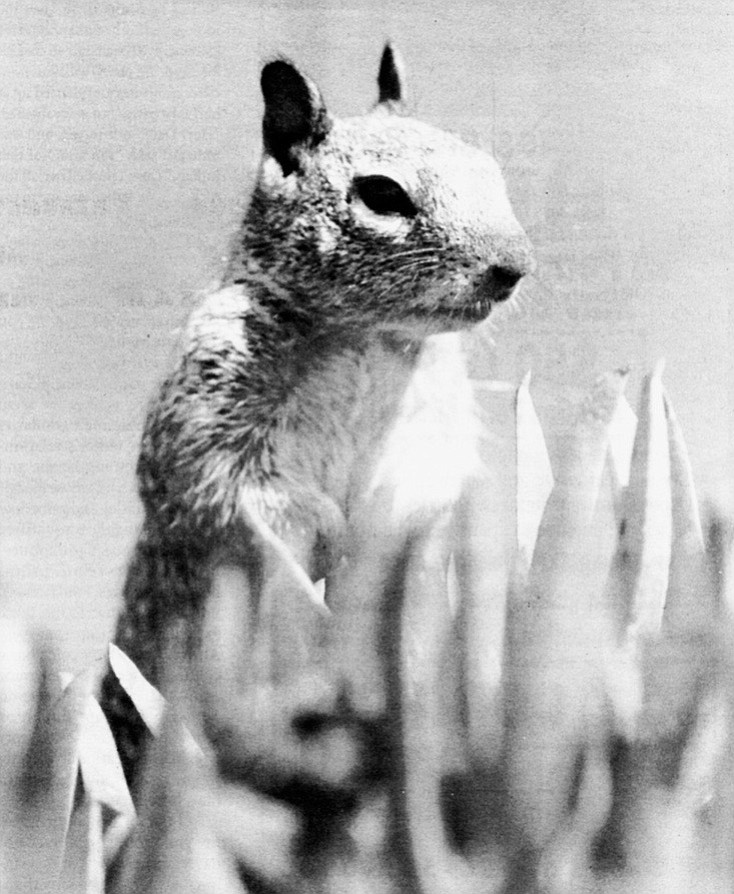 I watched a Beechey carry a snail in his mouth to a spot by the salvia, where he dug a hole with his front paws, dropped the snail in, and covered it up.

He was tidy about it, really, as far as mollusk-eating permits. He held the shell in both hands and sat like a quarterback at an all-you-can-eat buffet. When he succeeded, as he munched, in pulling the snail out, the shell fell away whole, which may have given him the thrill that comes of pulling a crab leg out of its shell. I’m a carnivore, but I couldn’t eat so much as a fruit for two hours. 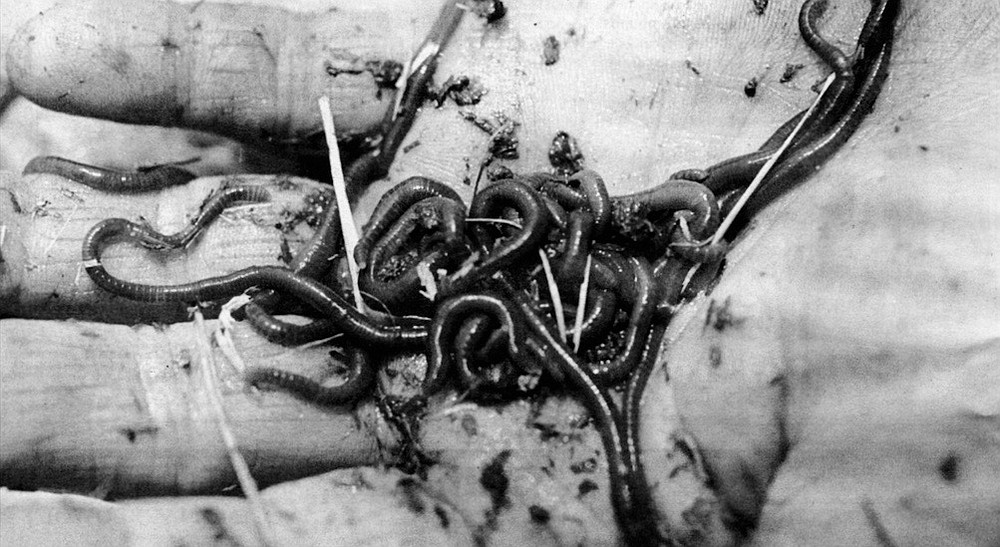 I found worms so small they might have been bits of thread. I held them very close to my face to make sure they were animate.

Vampires on my front porch

I didn’t want to cut off any heads. The truth about vermian regeneration is complicated. Take the beefy night crawler, who has 150 body segments. If you cut off 11 of his front segments, he’ll grow 4 or 5, and he’ll be shorter, but he’ll be fine. Hack off his behind to the 35th segment, and he’ll grow a new tail end, but a cut after the 11th and before the 36th segment is almost always fatal. 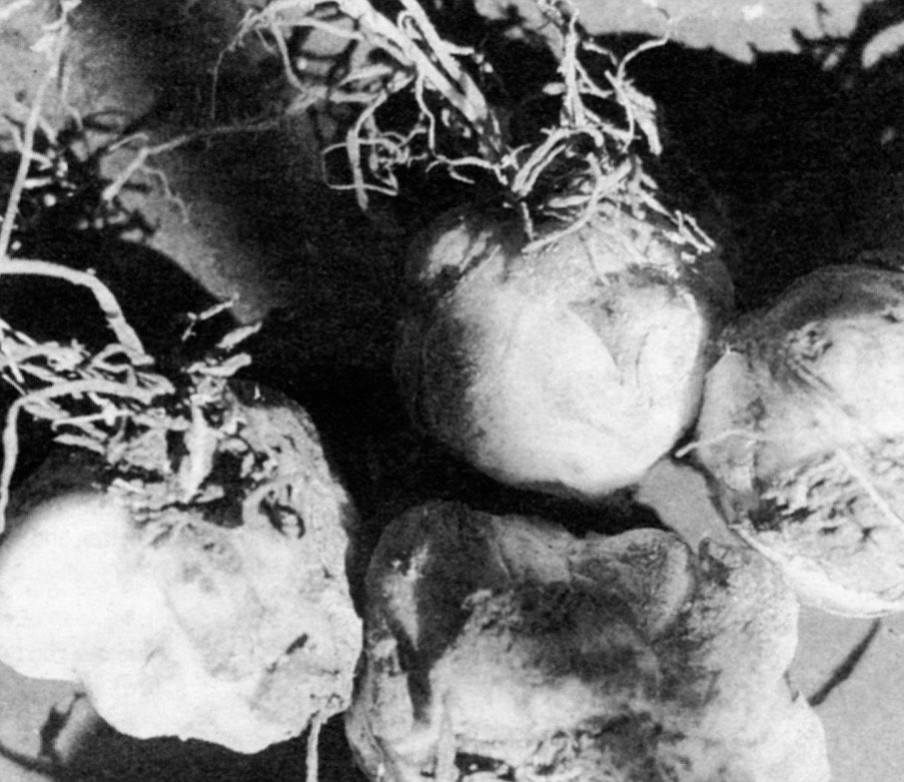 When the Asian lily bulb is disinterred and split apart, the cloves are white.

A few days later, we noticed rats in the carport. They ran along the cupboards when we parked our cars. They scurried along the stacks of lumber, balanced on coils of irrigation hose, and tore soft cardboard from boxes of nails. They no longer bore any resemblance to Stuart Little. We killed them with blue cubes of rat poison that makes them bleed to death internally. By Sunday, the carport was still. 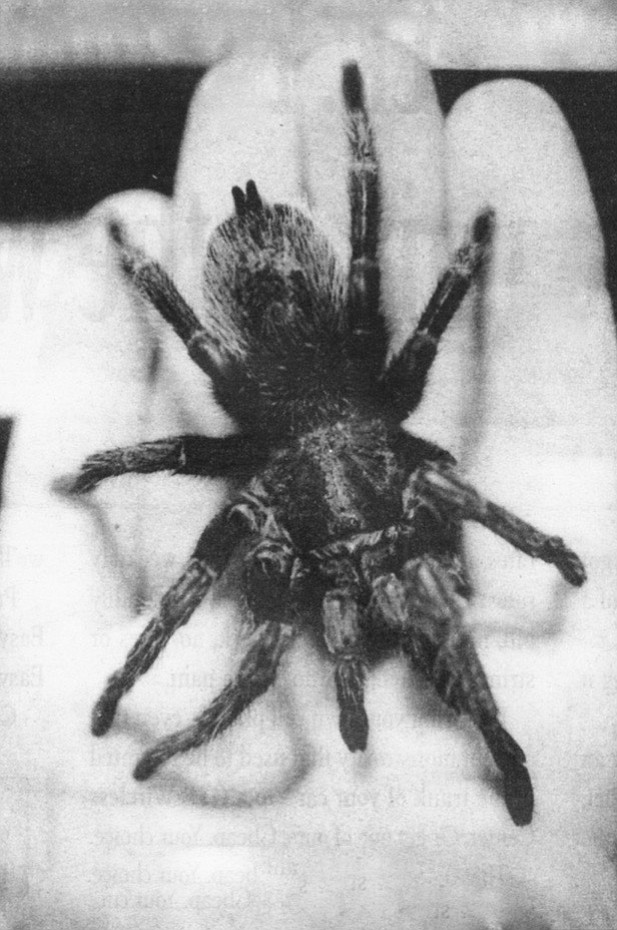 The only pleasure I saw him take was in water. He loved fresh water.

The Clara Barton of Arachnids 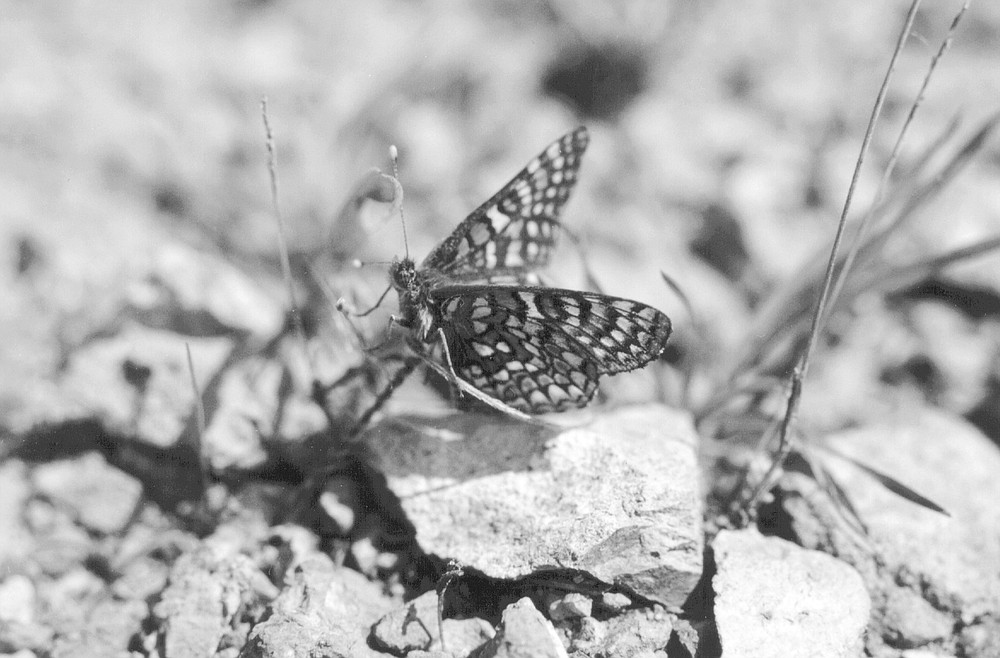 Even as late as the '70s, biologists would talk about driving to Otay Mesa and having hundreds of Quinos smashed against their windshields at the end of the day.

The Quino checkerspot may have been one of the most abundant butterflies in San Diego, Orange, and Western Riverside Counties during the early part of the 20th Century. Even as late as the '70s, biologists would talk about driving to Otay Mesa and having hundreds of Quinos smashed against their windshields at the end of the day. Today the Quino has been reduced to seven or eight populations in southwestern Riverside and south San Diego County.