Party hearty and then chow down

A late-night pizza stop in Tijuana 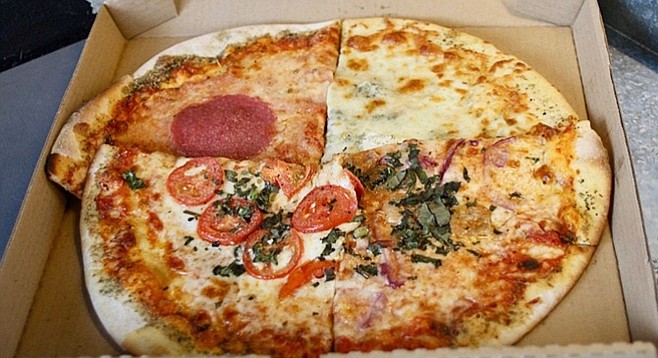 Despite the fact that there is no pizza in Tijuana that comes close to Pizzeria Luigi, there are many hundreds of pizzerias spread throughout the city. Many of them are commercialized garbage. Including many of the well-known American chains, there’s a few Tijuana chains that you should also avoid (MamaMia, Tooginos, and others).

In my recent pizza-based travels, I’ve had horrible pizza, decent pizza, experimental pizza, and my favorite delivery. Many fancy upscale restaurants in Tijuana also have pizza as an option. Then there’s this late-night party pizza venue, open until 3 a.m. Thursday through Saturday. 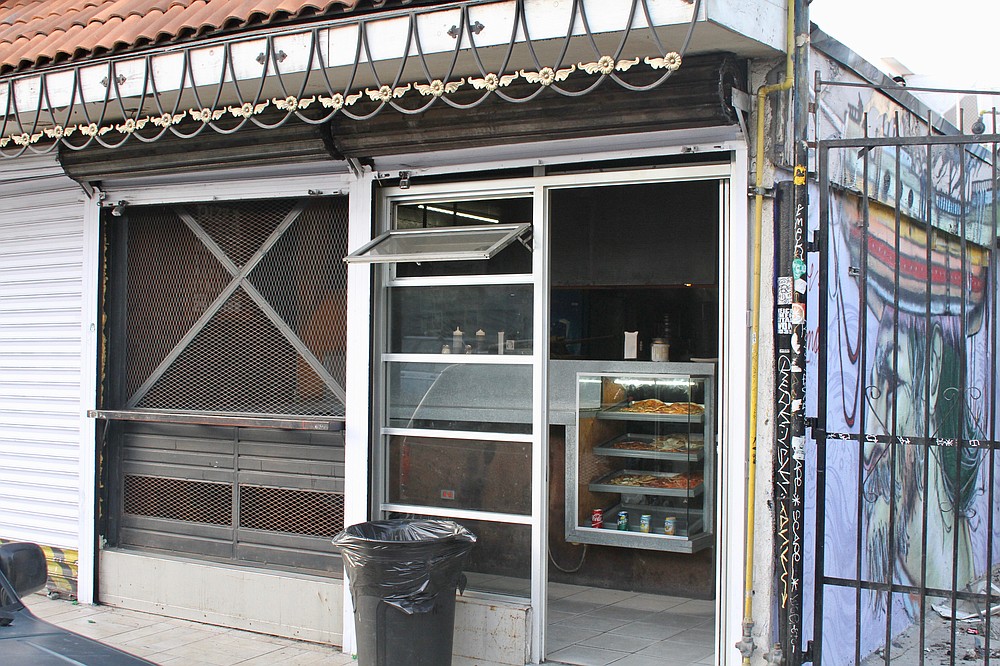 Outside view of Pizza Al Volo

Pizza Al Volo is a small place situated in downtown Tijuana’s nightlife debauchery epicenter, Calle Sexta (6th Street). It’s next to the iconic Dandy Del Sur and in front of the famous La Mezcalera (both bars were featured in Anthony Bourdain: No Reservations in 2012). 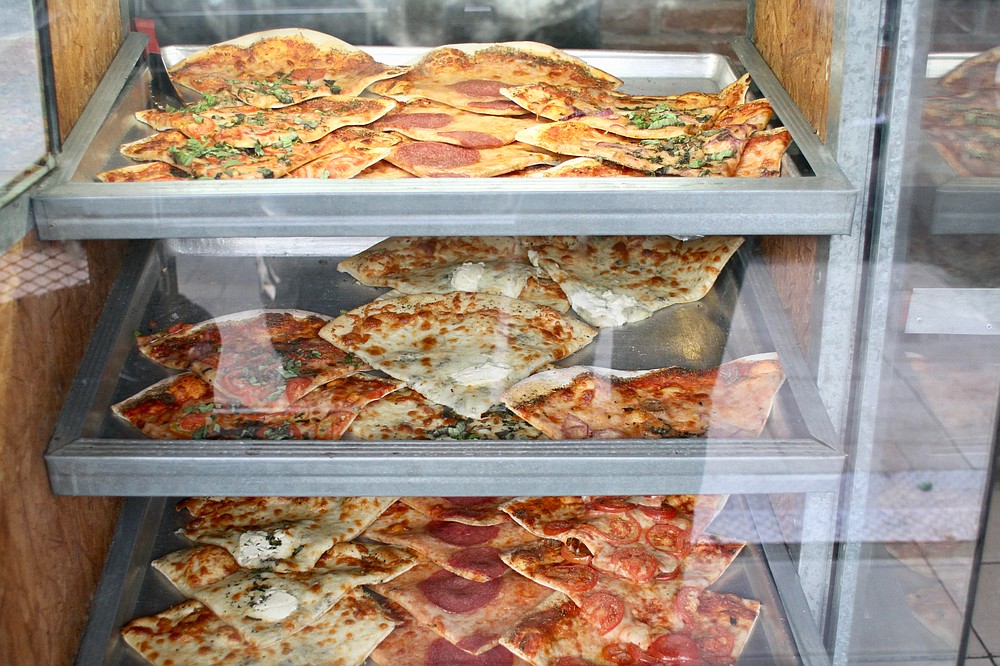 The minuscule space barely fits six customers, standing up. Most of the place is occupied by the kitchen and the blazing ovens. The heat makes the cramped space even more uncomfortable. A small glass display case shows the only four options: Blanca (four cheeses), Margherita, Salami, and Italian. The slices are a quarter of a whole pizza, and they go for $1.50 each (one-sized large pizza is $5).

Get a slice or two, sprinkle it with parmesan, chili flakes, or an oily spicy sauce, and take your slice to the nearest dive bar to down it with a caguama. Cheap pizza fares best with cheap beer, and most nearby bars do not care if you enter with food from outside as long as you buy a beer.

But do not let the low price or me calling it “party pizza” fool you. Pizza Al Volo actually has great pies, and it is in my top five of Tijuana pizzas. Each of their pizzas has a distinct and well-seasoned flavor. The Blanca has chunks of ricotta and a strong cheese taste. The Italian has the recognizable peppery sausage plus red onions. The salami is a pizza classic, featuring a sizeable cold cut. And their Margherita is the closest to a true Margherita I’ve encountered in Tijuana. 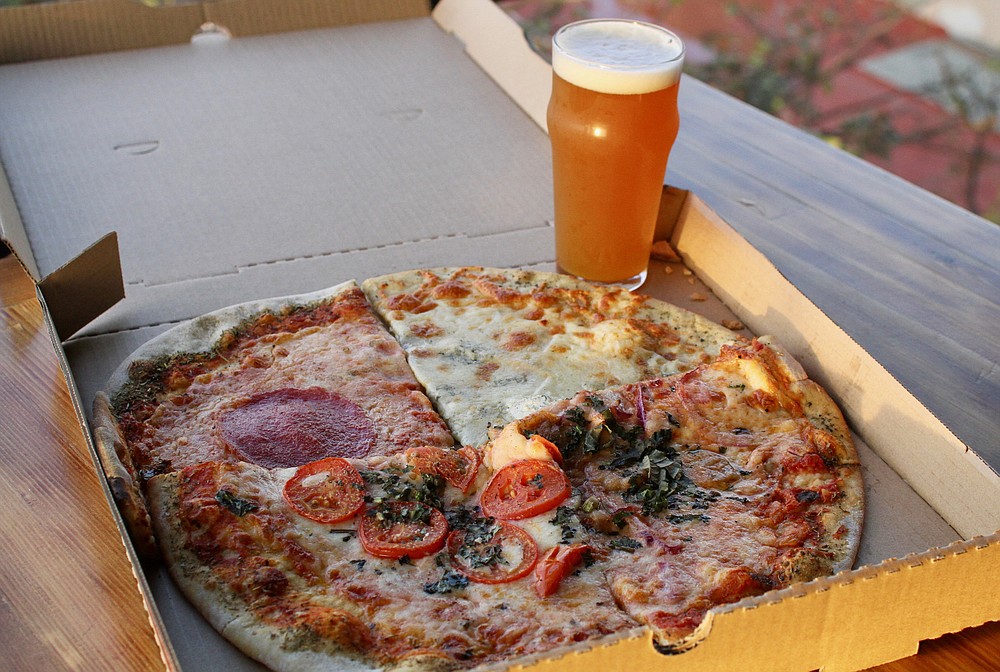 All four slices of Volo with a Penthouse IPA at Norte Brewing Co.

The major downfall is that the dough has no firmness to it, making it feel and taste as if it’s undercooked. The floppy slice folds easily, and that’s the best way to eat it. If it wasn’t for the flimsy dough, tiny space, no delivery, and a scarcity of menu options, I would hold Pizza Al Volo in higher regard.

I’ve gone to Pizza Al Volo many times. For this review I arrived early, got all four slices to form a full pizza to go, and I ate two slices at a nearby brewery. Later that night I threw the two remaining slices in my tiny electric oven, cooked them for a while, and made them crisp and enjoyable.