“That’s a great one, that one is also really good, or you could go for that one.” 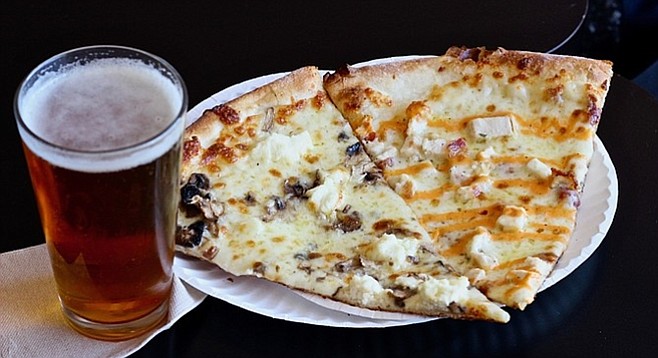 I first visited Pizzeria Luigi in 2008. I lived in Los Angeles at the time, but I visited my brother in San Diego frequently enough that Luigi’s became a regular spot. I thought Luigi’s pizza was nearly as good as my favorite L.A. spot, Vito’s Pizza. 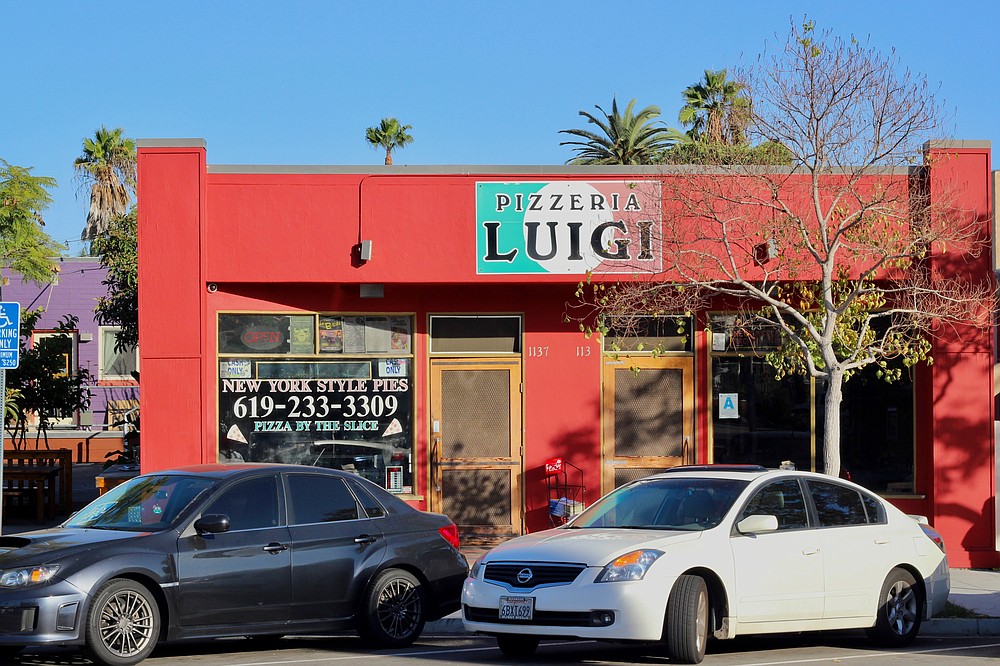 Vito’s is in a tiny Hollywood strip mall. There is barely any space to seat, and the staff constantly yells at each other in Italian, but they have the best pizza I’ve ever had. Luigi’s, on the other hand, offers a better atmosphere, more creative specials, cheaper combos, craft beer, a friendly staff of tatted up punks, and the second greatest pie in what is my limited pizza knowledge.

Side note: New Yorkers, feel free to make fun of my California pizza limits. I have been to Chicago and had plenty of deep dish, but that’s a different game.

“It all changed, like, a couple of years ago,” said the punk pizza dude behind the counter when I asked him what happened to the tables. The pizzeria used to have tables littered with business cards, drawings, reviews, and other scribbles under the glass. They have been replaced for simple black tables. Flyers for shows plagued the windows, and now they are neatly displayed in the back. The counter and bar have also changed. And the kitchen is now behind walls. Overall it seems much neater, and though every person there still has a punk appearance, everything is pristine. 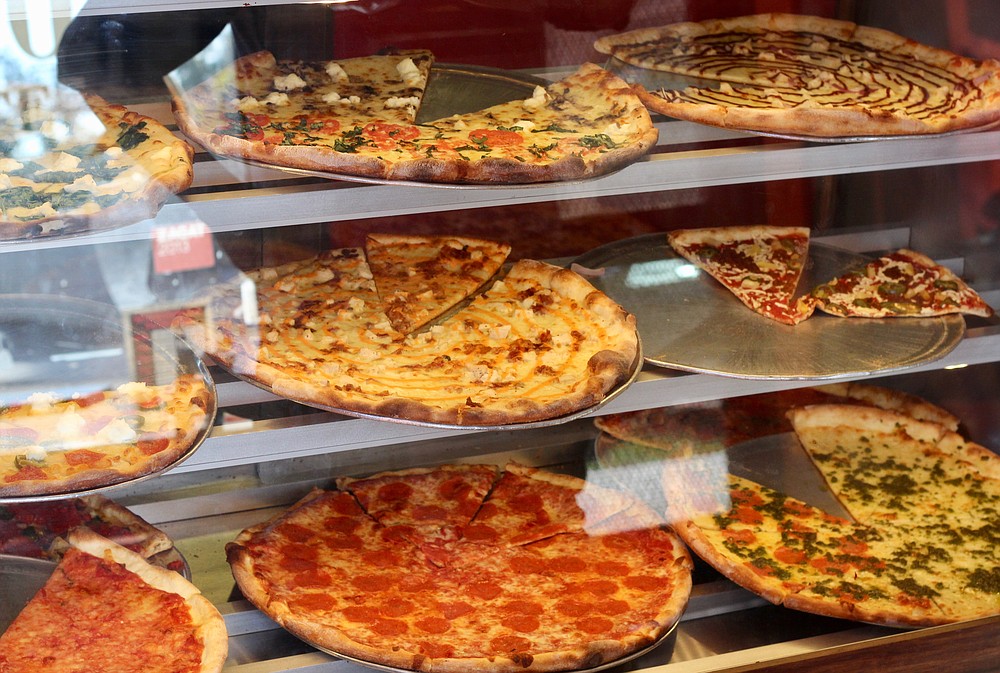 Glass case display with many options

I knew I wanted the special, two slices and a selected beer for $9.50 ($7 with soda, up to $10.50 with wine). The glass case of pizza offered so many choices that I needed help to decide.

“That’s a great one, that one is also really good, or you could go for that one.” The guy at the counter basically pointed at all the pizzas. I decided on one slice of the chicken, bacon, and spicy ranch and the other a slice of ricotta cheese, parmesan, mushrooms, and garlic (no sauce on either).

“White Girl and Donatello with ’shrooms,” announced the guy behind the counter, presenting me with the slices and then pouring a Delicious IPA by Stone. 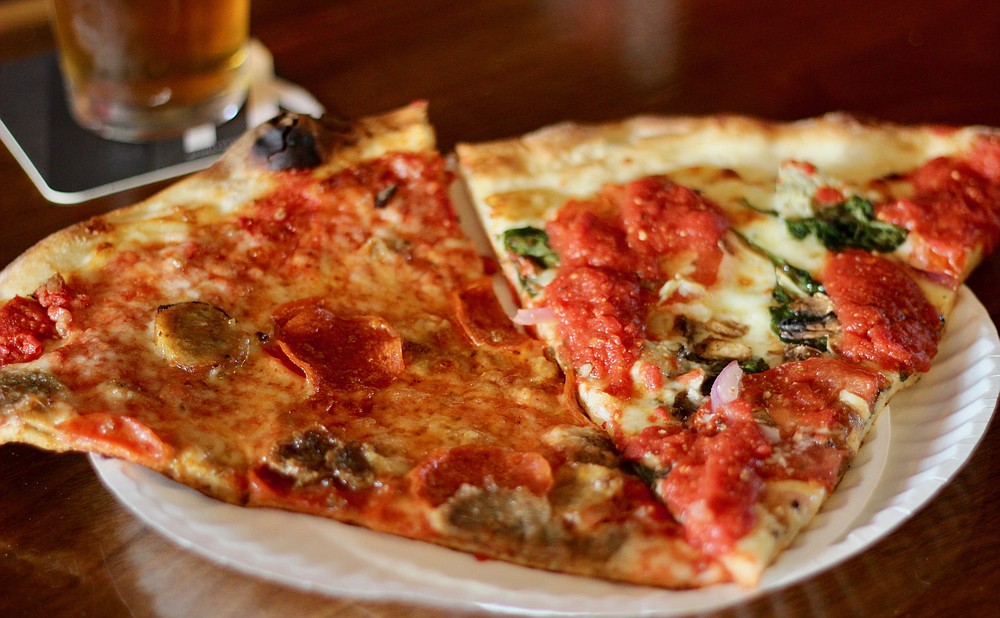 The Capone and the Fresh Prince (a friend’s order)

I started with the White Girl, the chicken, bacon, and spicy ranch. With each bite I thought to myself, Where have I been? And why don’t I visit pizza heaven daily? The dough is neither crispy or chewy — it’s balanced. The flavor of the cheese pops out and dances with whatever topping you get. Despite not having sauce, neither slice was dry.

For someone such as myself who advocates Tijuana food constantly, I will say that pizza there is way behind the curve, despite the hundreds of locations. Many of my San Diego friends cross south solely for a better taco experience; I cross north for the better pizza. There are pizzerias in Tijuana that imitate New York style, and some even imitate the silly names, but no one south of the border comes close to Luigi’s.