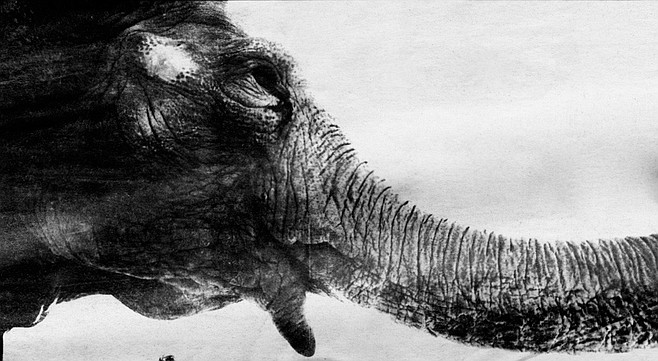 The Tale of an Elephant

The worst of Jouett’s problems were yet to come. Media representatives wanted to be present when Cindy arrived in mid-December. The elephant trainer and keepers wanted no one there. They were concerned because Cindy had not seen another elephant for seventeen years. Furthermore, she would have been jostled in a truck all the way down Interstate 5 from Tacoma for more than twenty-four hours. And she was going to be chained. “ 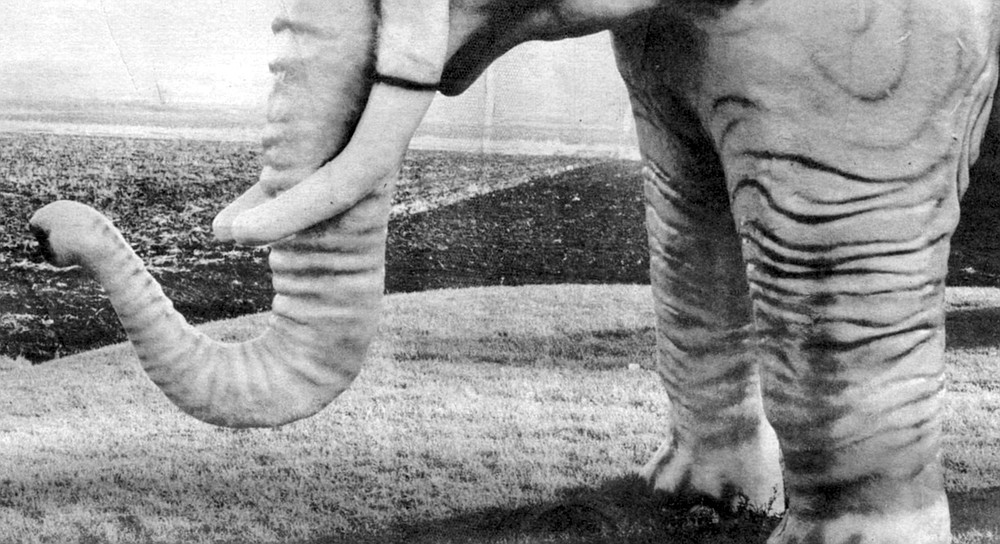 No zebras came out. Big cats, including the Himalayan snow leopard, were shut away. Except for a lone polar bear, all bears were shut in.

The San Diego Zoological Garden exhibits a wild animal collection of more than 5000 individual animals representing more than 1300 species. Founded in 1916 in Balboa Park, with “a half-dozen moth-eaten monkeys, coyotes, and bears left over from the Panama-California International Exposition,” the design of the San Diego Zoo emphasizes natural settings and eschews cages, taking advantage of topography, using deep canyons and isolated mesas to make caging of large cats and bears unnecessary. 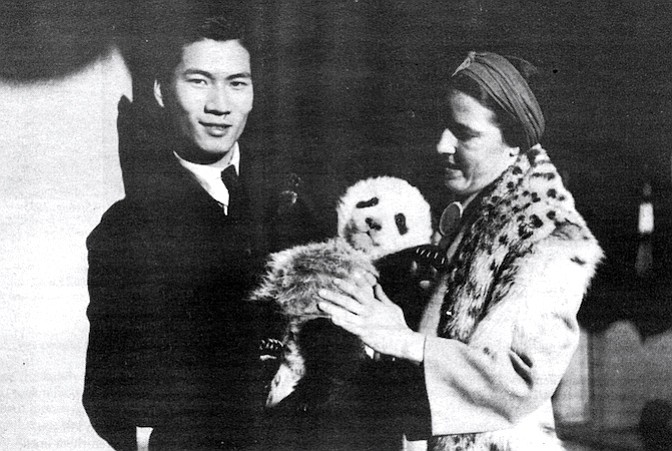 Quentin and Ruth with Diana in Hong Kong, 1938

I Need Time to Recuperate

A snowstorm trapped the porter on the other side of a pass, and he couldn’t get back for three days. Quentin had matches and lit a fire. He had a rifle and shot a rabbit but left it where it dropped because he didn’t have the strength to crawl out to retrieve it, nor could he make the fire burn hot enough to cook it. So he ate snow until the porter could return with food. 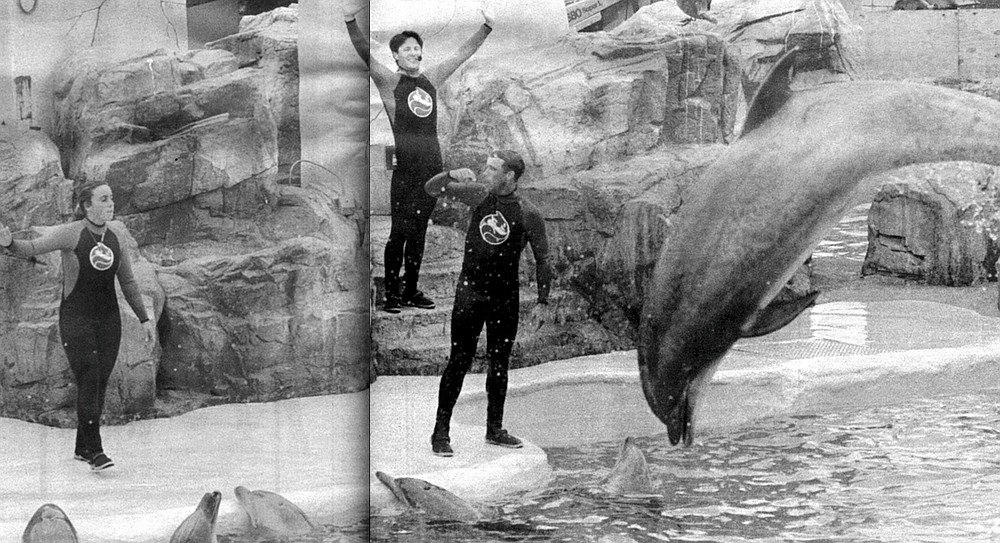 SeaWorld dolphin show. "It seems to me, walking along, that I’ve become a kind of dolphin myself."

The Eye of the Dolphin

They spend time trying to get a young dolphin named Ajax into the stadium pool, something he’s never done before. They all go into the back pool and pass the animal back and forth, and then Hoffman walks along and tries to coax Ajax into the deep water. When Ajax gets about halfway through the gate, he spooks and darts back. Hoffman returns to the small pool, tries to coax him in again, but Ajax isn’t ready. 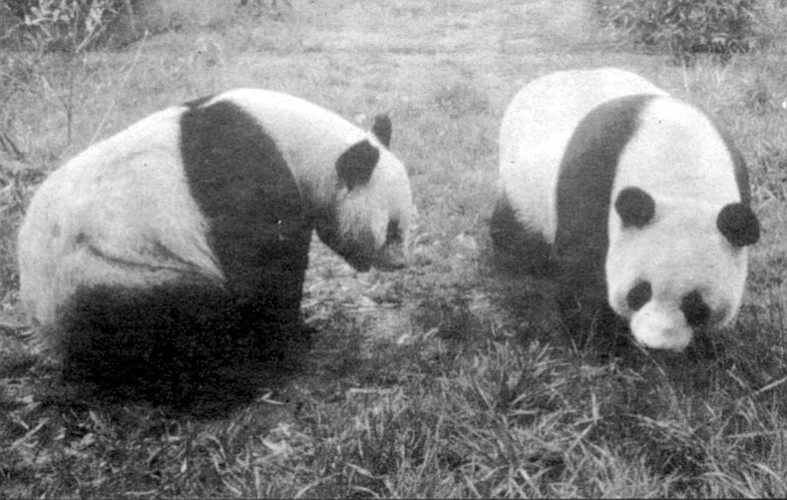 Shi Shi and Bai Yun. Berman charges that the zoo in reality wanted the pandas in San Diego because “it’s publicity. Increased gate receipts. They’re the only zoo in the U.S. to have a pair of pandas at this moment."

He suggested animals that the San Diego Zoo might lend or give to the Chinese institutions, and he produced a list of animals coveted in San Diego, including giant pandas. Swanson found the Chinese open to the idea of animal exchanges.. As a result, the San Diego Zoo eventually could boast that it possessed the greatest collection of Chinese animals outside of China. When Swanson retired in 1984, the collection still didn’t include giant pandas.

Wild Animal Park. "Sometimes you can see them only from a distance (bring your binoculars); or sometimes a gnu or an eland will be standing just by the track as your little train goes by."

Take a walk on the wild side

Whenever I go to a zoo I find myself being amazed that wild animals should exist at all. We don't need them, they play no part in our economic lives, and if zoos were to disappear the great majority of us would cease to be aware that there are such creatures in the world. Our religions tell us that the whole universe was created for us and our use. Just what are these springboks and lesser flamingos for?