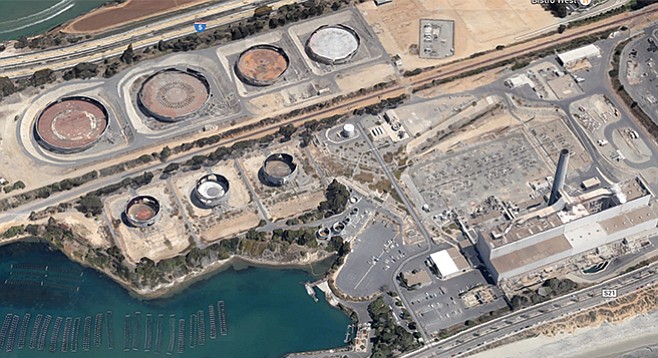 Opponents of a controversial gas power plant proposed along Carlsbad's coast were dealt a blow this week, as a three-judge panel at the state First District Court of Appeals denied a request to have the plant's proposal re-heard by the California Public Utilities Commission.

In September, groups including the Sierra Club, Protect Our Communities Foundation and the Center for Biological Diversity were granted an audience by the appeals court, at the time considered a win in that the courts rarely agree to review such requests. But on Wednesday (November 30), judges on the case filed a unanimous decision finding in favor of the commission, San Diego Gas & Electric, and Carlsbad Energy Center, a subsidiary of Houston-based NRG.

When it was first proposed, the plant drew criticism from supporters of renewable energy who argued that many "preferred" clean-energy sources as defined by the commission were passed over in favor of the gas plant, whose 500 megawatts of production (pared down from an initial 600 megawatts) would form the bulk of power generation replacement for the prematurely shuttered San Onofre Nuclear Generating Station. A request for proposals in 2014 resulted in the submission for plans of more than 14,000 megawatts of power to fill an 800-megawatt need, though SDG&E did not disclose what portion of those proposals came from renewable sources.

"We are disappointed with the Court's decision. Clean energy was never given the chance to compete against this 500 [megawatt] gas plant," said Sierra Club lawyer Will Rostov in a release following the decision.

"The Carlsbad gas plant is an over two billion dollar investment that will saddle the San Diego region with higher bills, dirtier air and climate damaging emissions for decades to come. Due in large part to the growth in rooftop solar, the latest demand projections for the San Diego region are far less than expected. This suggests that the plant isn’t needed.

As the new plant moves forward, the aging Encina Power Station nearby is set to be retired. Opened in 1954 — one of the oldest power plants in the region — Encina is being shuttered due to state regulations phasing out "once-through cooling," a process that involves cycling seawater through the plant and has been shown to be harmful to nearby marine life.