New Apple Tree Market may open on Newport in January 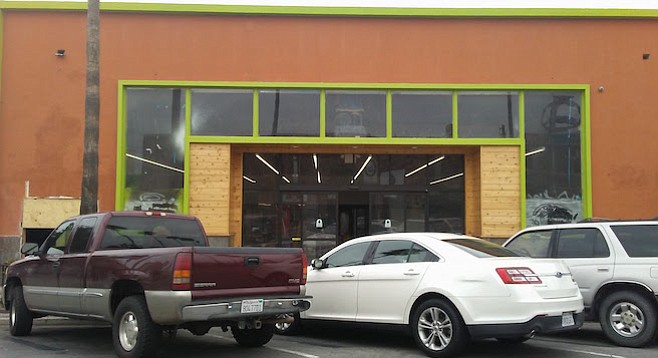 In 1988, Apple Tree Market took over the space used by Safeway at the corner of Cable Street and Santa Monica Avenue in Ocean Beach. The market served the community until about a year after their lease ended in 2011.

“Our last day was December 31, 2012,” explains owner Saad Hirmez. “We were month-to-month when the lease expired. We bought the building for our new location [on Newport Avenue] from Bank of America in 2001.... We knew when our lease expired they wouldn’t keep us in our current location, so we were planning ahead and it was a good move.” 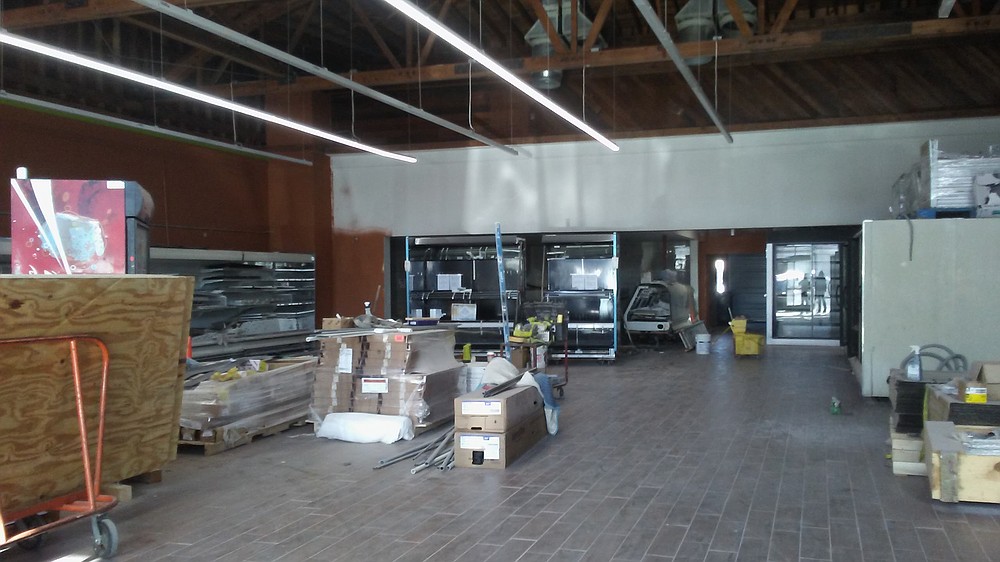 After getting the boot, Apple Tree began renovations on the building at 4978 Newport Avenue. Hirmez says they have invested nearly $1.5 million into revamping it. Although the 9800-square-foot space is about half the size of the old spot, Hirmez — who’s been in the business for 47 years — says he knows how to make it work.

“There will be a full meat department — a butcher shop, actually, with a butcher on site; organic and non-organic meats. We are contemplating whether we’re going to have any sandwiches or not. We will have a soup-and-salad bar, and as far as product selection — groceries and all that — we’re going to be about a 60/40 split with conventional groceries and gluten-free, organics, things like that. It's going to be a combination of both.

"But keep in mind this store is half the space as the other store so we have to be very, very conscientious and diligent of what products we’re going to stock. If a product is a slow mover, then we’ll get it out of here and bring in something else."

When will the new Apple Tree open?

“Sometime in January,” Hirmez says. “I’ve gone through hell and back getting to this point. One contractor bailed out on me; he under-bid the job and walked out. It's unfortunate — we should have been open in July, but god willing, we will be open in January.”

Also of note, the Bank of America ATM located behind the building will be removed and two new ATMS will be installed at the front of the store.

“We made a deal to move the ATM behind us and put two at the front of the store so we could have parking for customers — that ATM took up eight spots. As you know, parking is scarce, so we are also contemplating building a four-story parking structure behind us…. It would be paid parking for non-shoppers, of course. We’re not sure what’s involved yet or the cost, but if we can afford it and the City cooperates then we will probably do it.”

While O.B. has a lot of liquor stores, Apple Tree retained their original license but with a few minor restrictions.

“I was surprised when they put restrictions on us," says Hirmez. "The Department of Alcohol and Beverage Control was shocked that we got zero protests — zero. It’s the same liquor license we’ve had for 35, 40 years…. The restrictions are — I think — after midnight I’d have to stop selling, no selling miniature bottles, no single sales of beer under 16 ounces, no high-alcohol fortified wine like Boone's Farm...so we’re not going to stock it. I can live with those restrictions, which is why I didn’t fight them. But, morally speaking, they shouldn’t have put any conditions on us.”