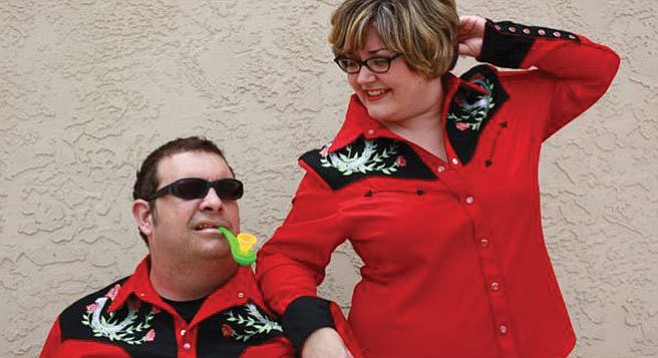 On Friday, August 26, the Fremonts will debut their new blues-roots record, Alligator, at Tio Leo’s, while reunited punk rockers New Addiction premieres their Filters CD at Soda Bar, for a bill that includes One I Red. 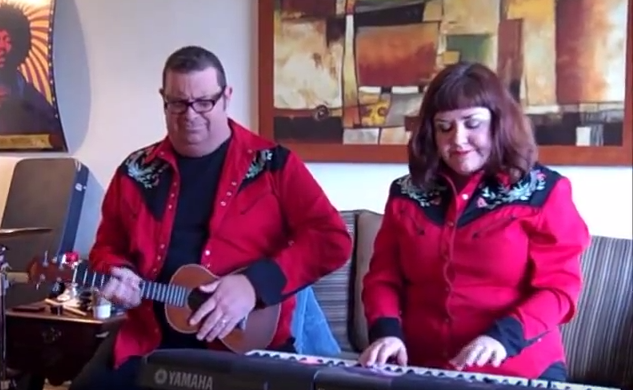 Duo duels over the band's theme song before being interrupted by Mr. and Mrs. Beers' caterwauling rock version.

The premiere party for Blackout Party’s Float on Towards Our Doom happens August 27 at the Casbah. “There are always a few interesting covers sprinkled into our sets, and we’ll probably do a few that people who’ve seen us before will recognize,” says singer-guitarist Brian Holwerda. “Tim [Lowman] and I both live in Nashville now, so this will really be one of the only times to see us play San Diego for a while.”

Comedy-rock duo Pony Death Ride will host a September 6 listening party for their feline-themed Cat Sounds album at Big Front Door Sandwiches on Park Boulevard. “We’re combining people’s love for music, comedy, cats, and sandwiches all under the same roof,” says Joe MacAskill. “And it will be the first chance to get our new music. We believe the term is win-win.”

The Fresh Brunettes have a record-release planned for September 16 at Soda Bar, on the same night that hard-rockers Nukem debuts a new CD at Brick By Brick, with other acts to include Unicorn Death.

Teen troubadour Kahlil Nash drops his Elation EP at Java Joe’s on September 17, and Debora Galan’s All About Love album debuts September 18 at Escondido’s Seventh Day Adventist Church. New releases are also due over the next few weeks from Flogging Molly, Crucial Blend, and Blackwater Prophecy.

Thanks for supporting local music! We appreciate all your coverage over the years.