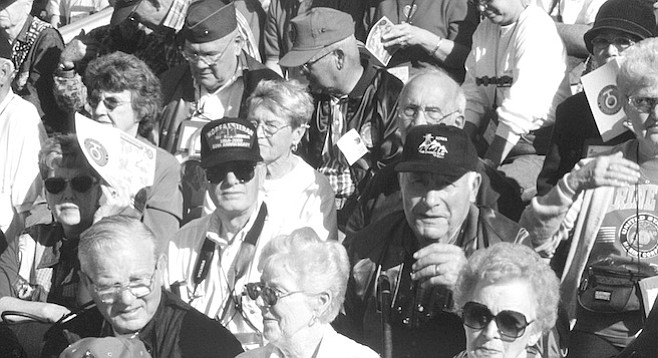 "Almond ordered the Marines north behind Faith to the Chosin Reservoir. Winter had now arrived, and things were getting weirder and weirder — irrational. It was on November 15 that General Oliver P. Smith wrote the commandant of the Marine Corps, General Cates. He told General Cates he did not believe a 15,000-man Marine division should be strung out over a hundred miles of mountain road in hostile territory in winter....” 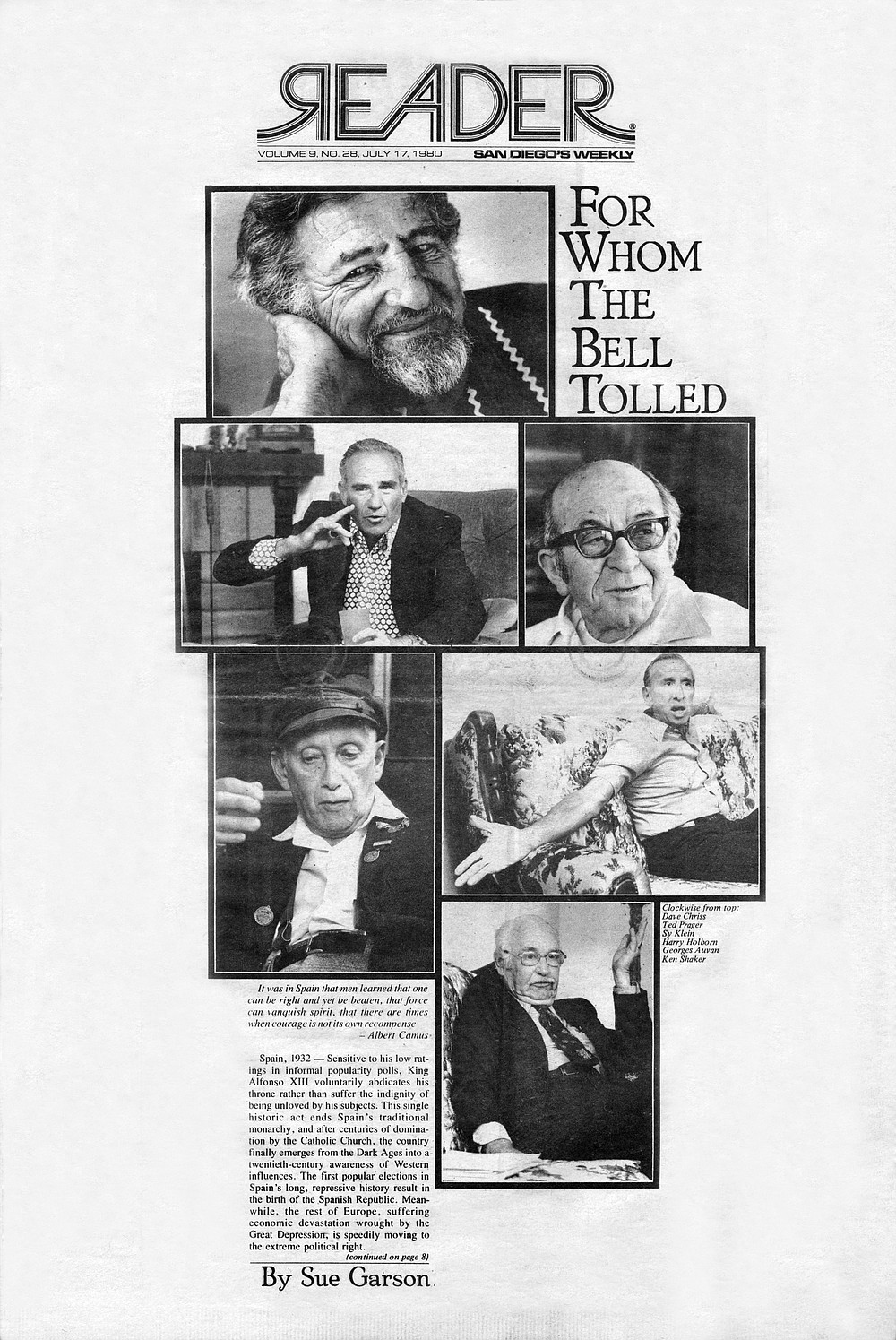 For those who went to Spain via the Communist Party, motives were carefully scrutinized to insure that potential recruits were “politically sound.”

For Whom the Bell Tolled

On his second day at the Ebro River, he was sent out to repair some lines. He was strafed by enemy aircraft. “I jumped into a barranco, a ditch, when stray bullet hits me in the arm. When the bombing stopped, I sought refuge in a nearby cave, where I stayed for three or four days. It was dark and eerie and it stank and there was no food — just me and a lot of dead bodies. 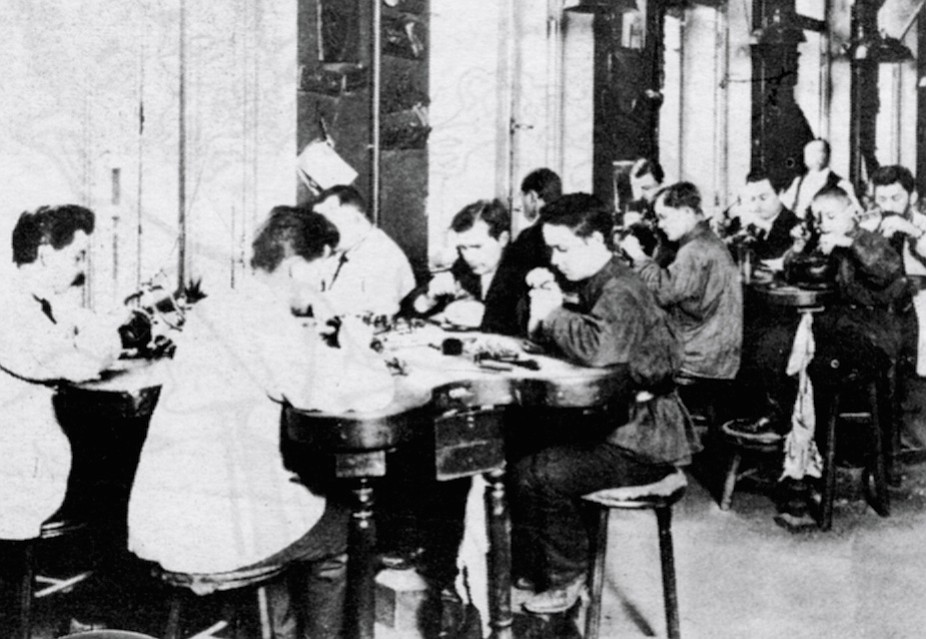 Interior of Faberge workshop. Fabergé found two enormously talented men, deeply schooled in Russian folk traditions, who were able to adapt and pervert those indigenous traditions to the taste of its ga-ga aristocracy.

Fabergé crafted the first example of this new genre for Tsar Alexander III as a traditional Easter gift for his wife Marie Feodorovna. It was a small gold egg that opened up to reveal an even smaller gold hen inside, sitting on its nest, and (oh boy!) it could be opened and closed as often as its owner wished in a perfect mindless parody of artistic “meaning" — its disguise and revelation. 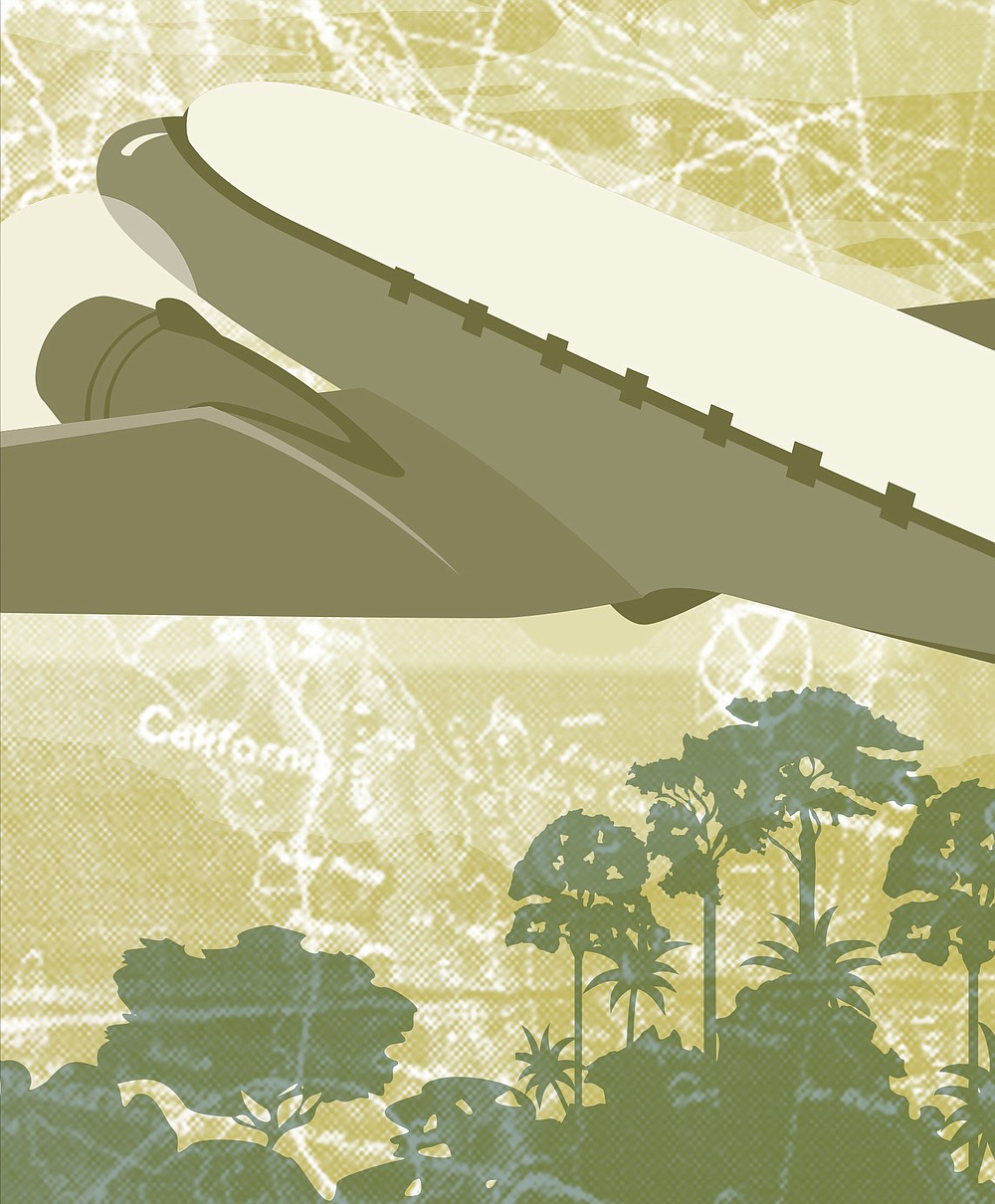 Plumlee worked as a plumber for the Erling Rohde Plumbing Company in La Jolla. Owner Mike Clancy made a deal with Plumlee when he hired him in 1985: “’As long as you finish the job you’re on, you can come and go.’"

I Ran Drugs for Uncle Sam

Small airstrips like Santa Elena were sprinkled throughout Costa Rica and Honduras. When the contra war was in full swing, these strips were needed to provide refueling stops and drop-off points for guns. “The drug people controlled the areas where the rebel army needed bases,” Plumlee explains. “The gun suppliers — first the CIA and later the private people who turned the war into a business — had to strike deals with the drug people.” 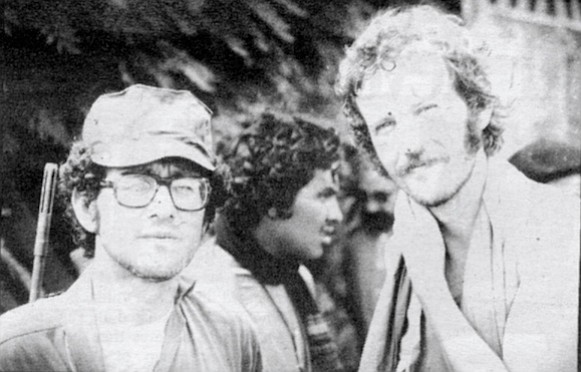 MacRenato found some of his best efforts rejected. “I was there to fight a revolution and use my military knowledge, but I also had a Peace Corps mentality. I even tried to get the Peace Corps to come back, but the comandantes were not interested. The Sandinistas wanted the Cubans. I also brought an offer of $9 million, and all they had to do was ask for it. They wouldn’t have anything to do with that either. 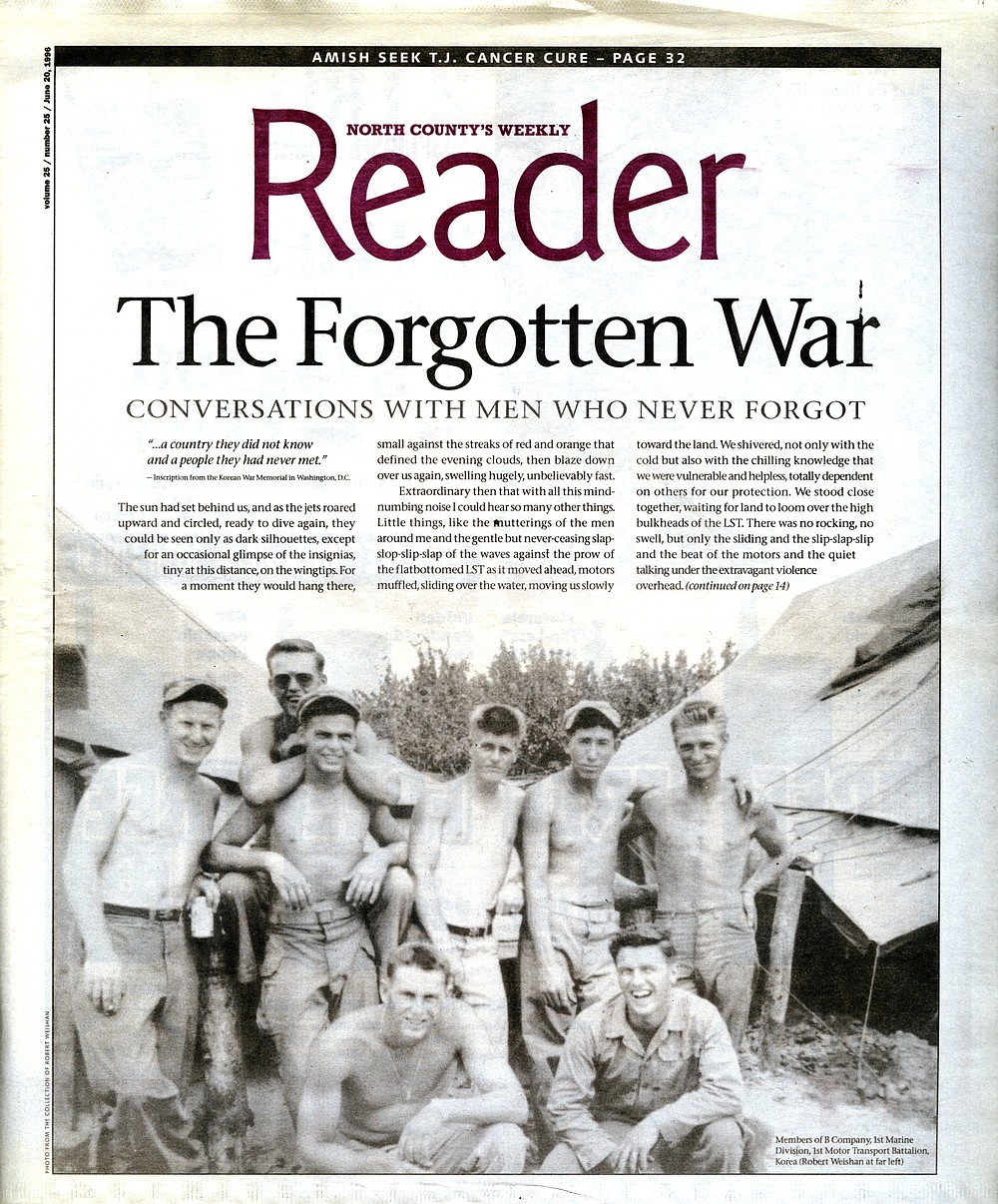 “When I came back, I didn’t talk about it much. I don’t recall people being that interested. That’s it. They just weren’t interested."

Not every veteran I approached agreed to be interviewed. “I’m just not going to talk about that,” said one man gruffly, turning away. Numerous telephone messages were not returned; I accepted this as a statement to be respected. Without exception every person I interviewed was surprised that someone was actually asking about the “forgotten” Korean War and their participation in it. Almost none had been questioned previously on the subject. 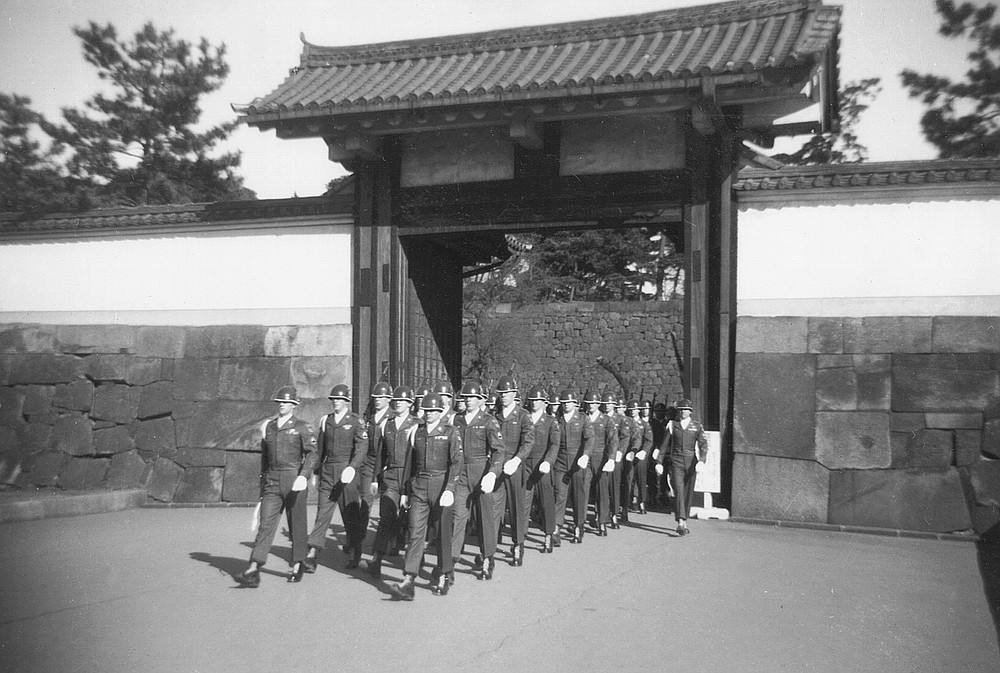 MacArthur's honor guard, Tokyo. "We wore tailored uniforms and blue silk scarves we tucked into our collars, and we had special things in the legs of our pants to keep the creases straight."

"From July 1950 through March 1951, I participated in just about all the major offenses. When I first got to Korea, I was scared of my own shadow. At night, in the trenches, if I heard a noise, I'd literally wet my pants. I realized I was killing myself. Killing myself with fear. We'd had no training. I had to train myself to keep my head down at the right time. 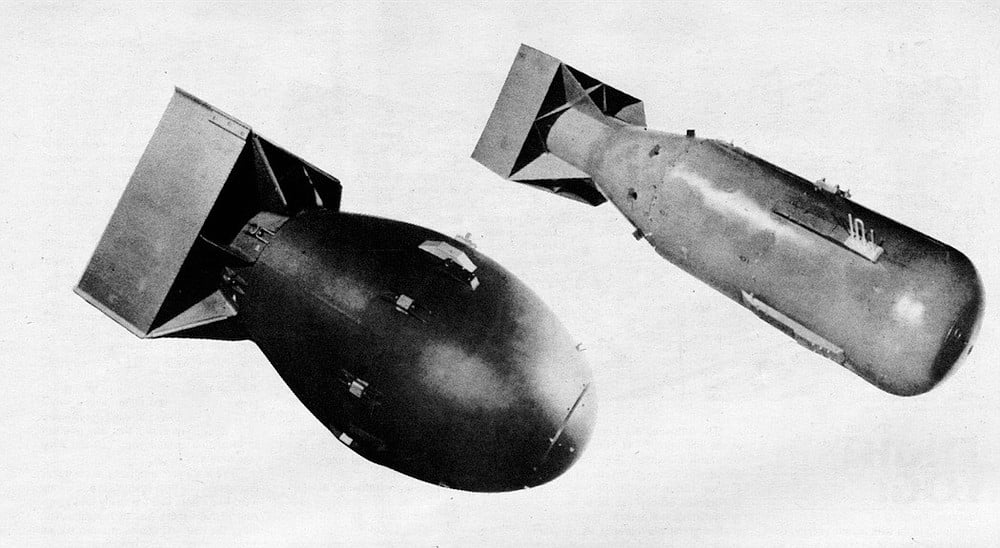 Little Boy/Hiroshima (left); Fat Man/Nagasaki (right). "They had given a lot of thought to making a demonstration drop — having the Japanese come in under a white flag and witness it. And they felt that there was too much of an opportunity for it to be a dud."

All there was to do until the atomic raids started was study targets. We came to know the four targets (Hiroshima. Niigata, Kokura. and Nagasaki) so well that we could close our eyes and see any one of them. We memorized the routes we were to follow, from landfall on the coast of Japan to the target and back out to sea again. We knew the cities, bays, rivers, and mountains that lay on those routes.