As thick as thieves 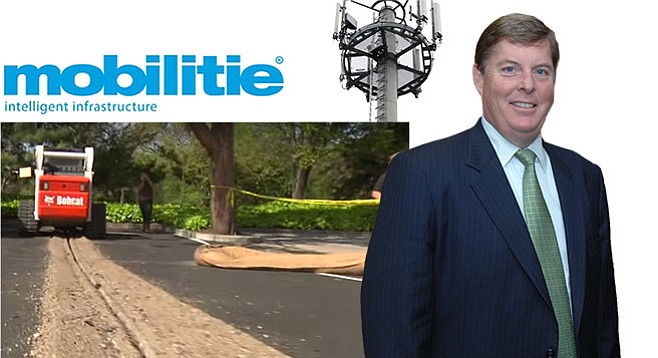 San Diego’s political merry-go-round of big-money influence-peddling never stops. Ex–Republican assemblyman and onetime mayor of Anaheim Curt Pringle, known as one of Orange County’s most powerful politicos in recent memory, has been making the rounds at San Diego city hall. Four years ago, the Voice of Orange County uncovered emails showing how Pringle, now proprietor of Curt Pringle & Associates, a governmental affairs and lobbying shop, used his ties to former political associates — including those on the state’s High Speed Rail board, which he chaired before resigning in July 2011. “The records reveal Pringle’s penchant for walking right to, perhaps even over, the line drawn by the state’s revolving door law, which governs how a former elected official may interact with the public agencies for which he or she served,” noted the website.

In San Diego, Pringle vice president Jennifer Fitzgerald, a controversial member of the Fullerton City Council, has been up to see Kevin Faulconer staffer Francis Barraza, who recently returned to the mayor’s office after four months as Faulconer’s reelection campaign manager. Pringle’s client, Mobilitie of Newport Beach, is in the frequently contentious business of putting up cell-phone towers and other wireless communications gear not always favored by those who live nearby. Much of the cell and data business also involves so-called micro-trenching of city streets to accommodate fiber-optic cable, breaking up pavement that has not always been fully repaired. According to Pringle’s August 8 lobbying disclosure filing, Mobilitie forked over $30,000 for lobbying services regarding a “greater understanding” of city “permitting.” In 1998, Pringle beat then-Poway assemblyman Jan Goldsmith in the Republican primary for state treasurer, thanks in large part to the endorsement of GOP governor Pete Wilson, the ex–San Diego mayor.

As a consolation prize, Wilson then named the defeated Goldsmith to a superior court seat, which he left eight years ago to run for the position of San Diego city attorney. Soon to be termed out of that gig, Goldsmith is widely believed to be eager to hang out his own law and lobbying shingle next year.