Loads of letters on our July 28 cover story 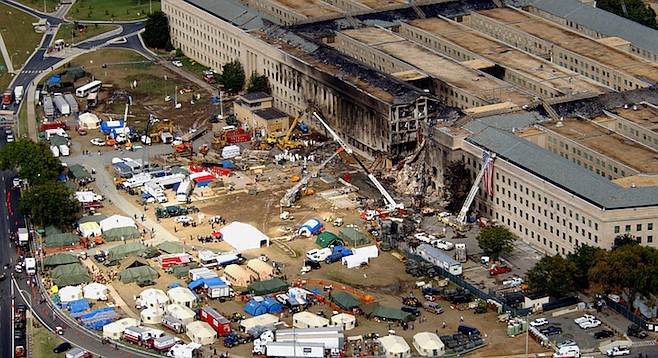 Regarding your retraction in the August 4 issue of the story of the July 28 Neighborhood News story, “Tasting Rooms, Breweries Blamed for Problems.” If you’re retracting that the “400 percent increase in alcohol-related crime in Ocean Beach was attributable to new openings of tasting rooms and breweries,” then where is the real blame for the increase in crime? You took it back, but you didn’t say what the real information is. 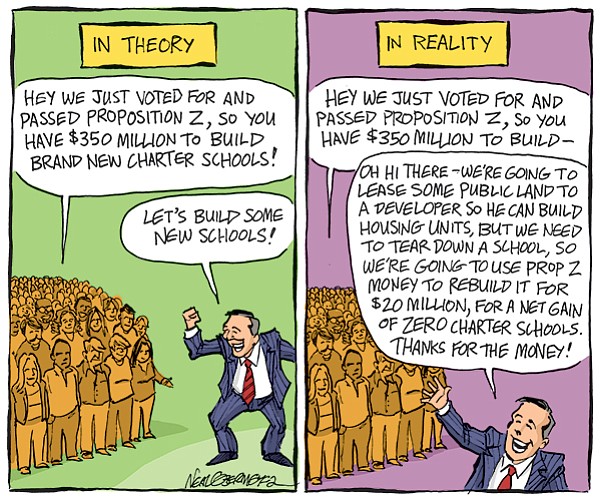 Thank you for running the excellent cartoon regarding SDUSD and Prop Z funds (Obermeyer, August 4). It truly captures the ridiculousness of the school board.

In this matter, the school board acts like a housing committee or property management company rather than a school board with the interest of students and schools first, in addition to leaving the taxpayers on the hook to make a developer rich. This doesn’t do anything for charter schools except empty the pot for other charter schools. Insanity!

I hope you will continue to follow this story and the absurdity of SDUSD. 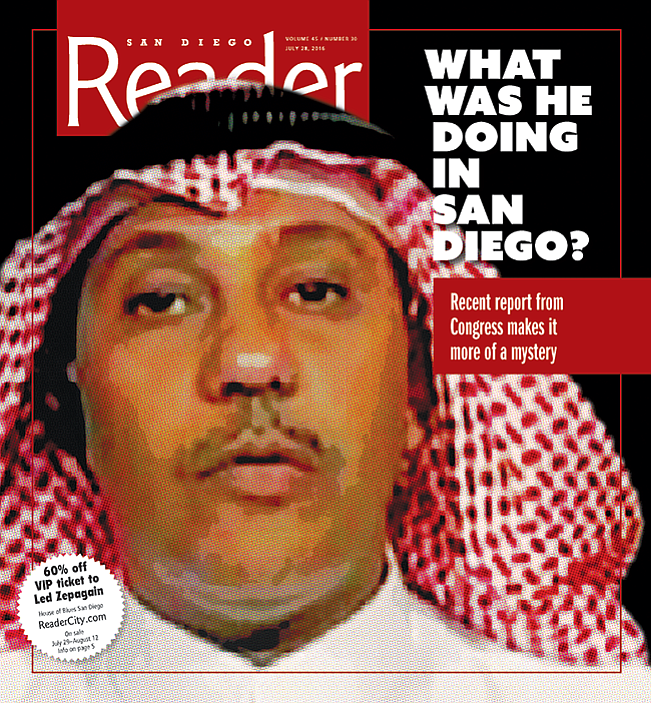 You Need to Wake Up

Are you guys kidding? Don’t you know that San Diego is full of Muslims, and all these terrorists are in these Muslim neighborhoods? They’re in these mosques, and you guys are acting like you’ve just been blind-sided. You guys need to wake up. If you’re going to be living with one eye closed, expect all this crap to happen.

Well, what do I expect from a liberal rag like the San Diego Reader?

Where Aren’t There Any Plane Parts?

This is directed to H.G. Reza, who wrote the cover story about the hijackers who lived in San Diego. It was an interesting story and all, but I spent a few minutes looking at the picture of the Pentagon and, as far as I can see, there are no parts to the airplane anywhere around the hole that collapsed the front of the Pentagon. So, if it was hit by a gigantic plane — Flight 77 — why aren’t there any plane parts there? It doesn’t really make any sense to me. It’s pretty strange, isn’t it?

Re: “What Was He Doing in San Diego?”

Next time you write a story like that, make sure it comes with a free box of tinfoil so I can fine tune my hat. I heard Dick Cheney and George Bush were in the towers the night before, setting charges.

Wow. Where is this going to end? This war has been going on since the Seventh Century, hasn’t it? It’s either going to be us or them in the end. 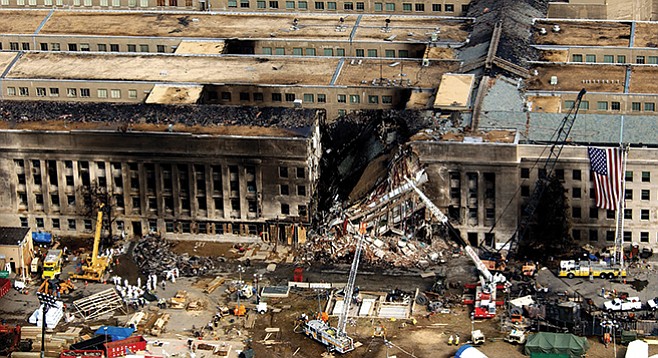 Pentagon after American Airlines flight 77 crashed into it. Hazmi and Mihdhar were two of the five hijackers of this flight on September 11, 2001.

What Did the Damage?

Regarding the letter from name withheld ("Wake Up!"), specifically commenting on the photo of the Pentagon on 9/11. Where the heck is the plane? Planes don’t just change from a solid into a gas upon impact, y’know. Some debris or detritus remains, like a wing, a tail, part of the fuselage.

There is absolutely no evidence in the photo of a plane, so that begs the question of what did the damage to the Pentagon, and why isn’t anyone forthcoming about this, or at the very least, explaining about how there is no plane? Sign me frustrated.

When I saw the Reader’s cover choice for July 28, “What Was He Doing In San Diego?” I was taken aback. When I poured over the seven-page story, complete with color photographs, I was utterly disappointed.

The Reader likes to call itself the “largest alternative media.” Not today, Reader. Today you were just another controlled media source looking to hype the Official Story and then call it a mystery.

The real mystery is why the Reader chose to sell out, run a canned story, and use a coined phobia to bury the real mysteries behind 9/11. The biggest mystery being, Why does our government remain silent on the 9/11 attack upon innocent American men, women and children while cries for an honest and full investigation go unheeded for 15 years?

Though the writer does mention the “stand down order” of the air defense, he failed to mention the many air defense exercises being performed that day in the northwest, which not only diverted our air defenses, but confused them with various ghost images of hijacked planes. Though the official story was that they could never imagine planes being flown into buildings, this was the exact exercise being performed that day.

Further, this scenario was suggested to President Kennedy by the Joint Chiefs of Staff in 1962, called Operation Northwoods, in which hijacked planes would be used in a terror attack, which would be blamed on Fidel Castro. The plan called for switching the planes with military ones so no civilians would actually be killed. This kind of operation is called a false flag, and if this scenario was used, it would explain the eye witness reports that the planes were grey military-looking planes, and also explain why the hijackers have been reported as still alive.

As for the long-awaited 28 pages, these only confirm the official story that we have all heard before, renaming the patsies. It was reported by the staff of the U.S. embassy in Riyadh, that the CIA made them issue passports to the so-called hijackers, further implicating the U.S. agency in the false flag deception.

As for the buildings falling at free-fall speed and disintegrating, no office fire has ever resulted in this, as thousands of architects and engineers can attest. There has been visual evidence of the shape-cut steel columns, presumably by thermite. According to a 128-page report called “Ground Zero: The Nuclear Demolition of the World Trade Centre,” there is evidence of isotope signatures, heat and seismic evidence of explosions, all indicating nuclear fission explosions. In collaboration of the visual evidence of the minimal debris, the author’s calculations indicate that only 0.1-0.01% of the building’s weight actually hit the ground (by seismic readings). As we all saw, the buildings were turned to powder, even as the pieces fell, as in a continued fission reaction.

It’s time we face the realization of this false flag operation and all of its implications for war, new laws, oil, the petro-dollar, and the expansion of defense and security contracts. All is not what it seems. It is time for people to think for themselves.

The Only Moral Option

After suffering through both major party conventions over the past two weeks, the choice seems clear: do we want a president who will persecute undocumented immigrants and people of color here at home, or a president who will drop bombs on civilians in the Middle East and escalate tensions with a nuclear-armed Russia abroad? In other words, do we want a disastrous domestic policy that destroys lives, or a disastrous foreign policy that destroys lives? That’s no kind of choice at all, which is why I am supporting Green Party candidate Dr. Jill Stein. She is the only candidate I can vote for with a clear conscience.

I am not alone. Most Americans are interested in alternative choices for president. In a May 18 Data Targeting poll, 55% of Americans said they would favor an independent challenger to Clinton and Trump. Dr. Jill Stein is the only moral option for me. 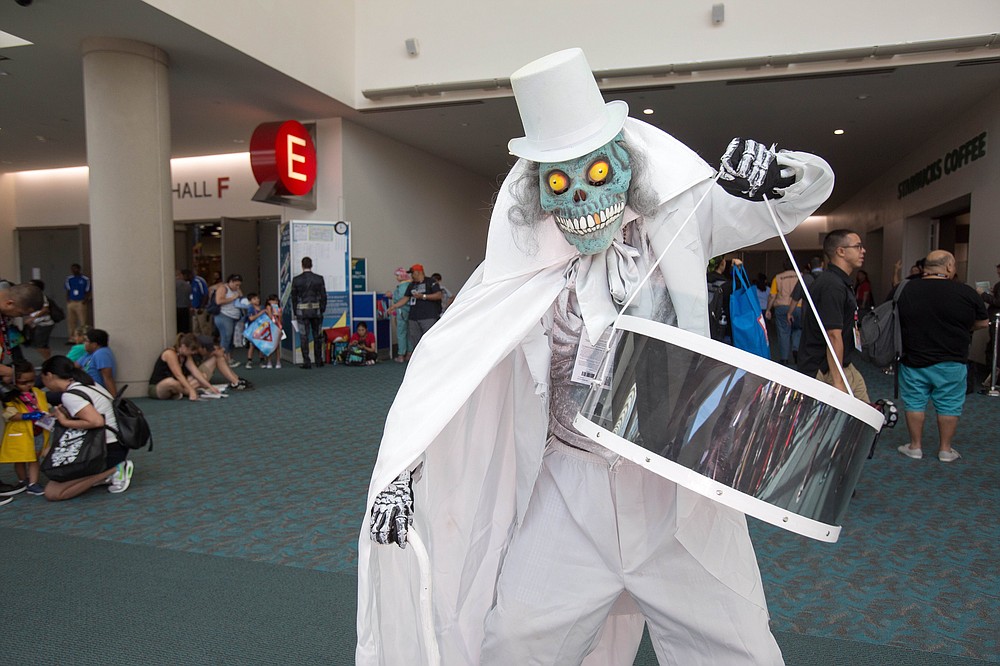 On page 65 of your July 28 issue, Reader Street Team, the picture in the lower right-hand corner is captioned: “No idea what this guy is but it’s pretty elaborate.”

That was a character from Disney’s Haunted Mansion — he was the wedding groom. When his wedding bride ghost’s heart would beat, his head would disappear, and would reappear in a hat box.