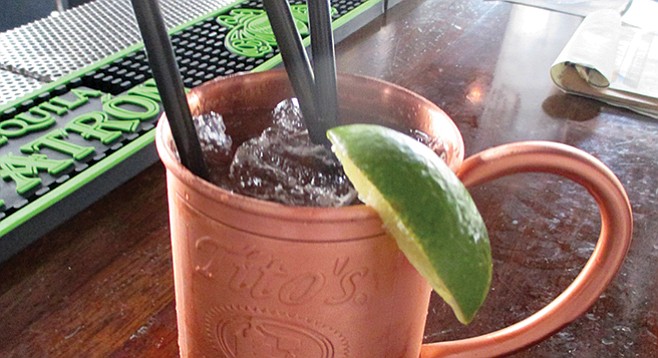 Since the Gaslamp Tavern is a come-as-you-are watering hole for the local crowd and parched tourists alike, Gaslamp Tavern bartender Marshall Gillen has come up with a way to draw the home team and visitors to the tavern’s cocktail selection — which reads more like a sports lineup than a menu.

“I picked all these cocktails and designed them and named each one after a favorite athlete born in San Diego,” Gillen says. “It gives a guest something to do and I let them guess and, if they can tell us who all the drink names were inspired by, we’ll buy them a cocktail for free.”

So, game on, says Gillen, and he’s even granting a handicap by identifying one of them for the Reader: named for Helix High School graduate and Heisman recipient Marcus Allen (L.A. Raiders, 1982–1992; KC Chiefs, 1993–1997), the Heisman puts new polish on the old bourbon-and-ginger standby and gives rookies of the cocktail league an easy entrée. 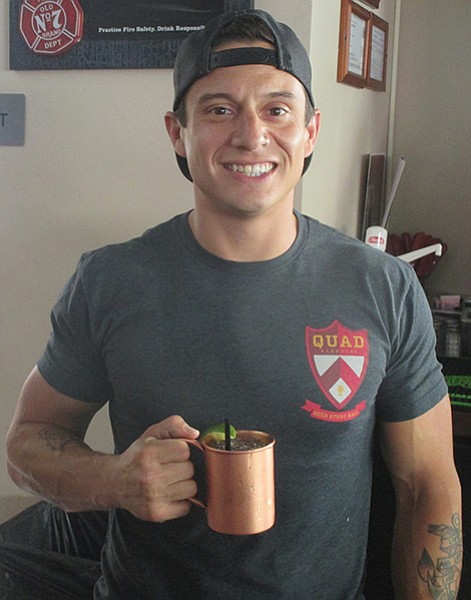 “The Heisman is a perfect introductory drink — it’s not too intimidating,” Gillen says. “It’s bourbon, lime, and ginger beer, and it comes in the traditional copper mug and when people see that mug they automatically identify with it and remember it.”

A good place-setter between beers, Gillen says, the Heisman serves as an effective palate-cleanser, especially for those who like to give their taste buds a workout with San Diego’s crazy-hopped IPAs.

“The Heisman is going to be spicy and when you taste it, thanks to the copper mug, it’s going to be really cold,” he says. “The copper mug with the ice is designed to get that chill to hit you instantly. Once you take that first drink, you’re going to feel a sharp but pleasant cold come over your mouth. There’s going to be a slight lime taste with a hint of the bitters, the Angostura bitters, and that back end is going to hit the middle of your palate with carbonation, ginger, and citrus. Then you’re going to taste that spice toward the back end of the drink with an enjoyable aftertaste.”