Salton Sea's desert-rock quartet back together for a few... 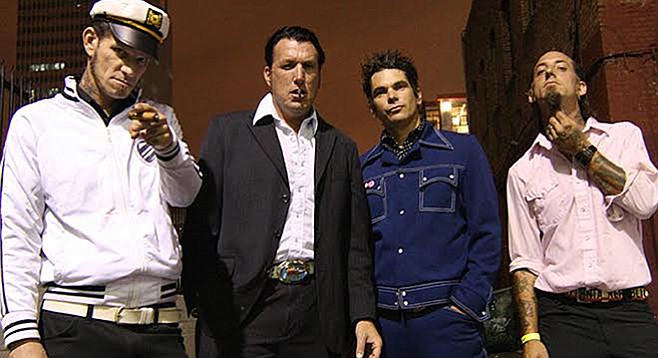 San Diego rocker/promoter Davit Buck has regrouped his Homeless Sexuals to join locals the Downs Family, the Screamin’ Yeehaws, and one of his favorite area bands, the veteran Salton Sea desert rockers Throw Rag, at Til-Two on Thursday, August 11. 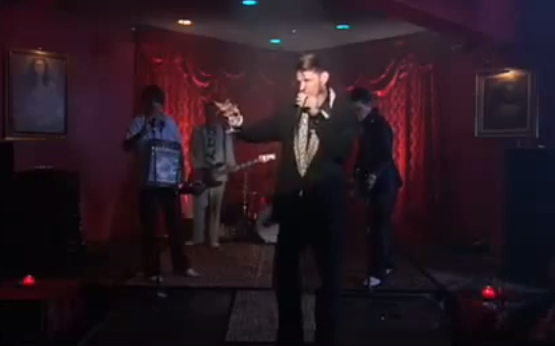 “We started 22 years ago,” says Throw Rag guitarist Patrick Dean McQueen, who recalls the salad days of Throw Rag, back when they toured with Reverend Horton Heat, Flogging Molly, and Queens of the Stone Age.

“That’s back when San Diego bands like the Beat Farmers and Deadbolt were at their peak,” McQueen says. “It was such a strong part of our culture. We just took it for granted.”

McQueen says Throw Rag has been inactive. “I guess you could say the weight of touring for almost ten years straight took its toll.”

“It’s hard to classify what we do,” says McQueen. “We call it punk-n-roll. It’s rock with a country feel. We were never a rockabilly band.”

McQueen says Buck’s “tenacity” helped bring Throw Rag back to town: “He’s got a good heart. He’s in it for the music.”

Ultra twang is alive and well. “It never really left,” says McQueen. “We are playing the So-Cal Hoedown,” a 29-band/car show/burlesque this Saturday in Santa Ana, featuring Wanda Jackson, the Nekromantix, and Shooter Jennings. “It seems like it could take over where the Hootenanny left off.”

Yet the SoCal country-punk scene is about to take another hit.

“I saw the [ex–Beat] Farmers a few months ago at a fundraiser for Gabby Gaborno,” says McQueen about the front man for Cadillac Tramps. “He’s battling serious health issues.”