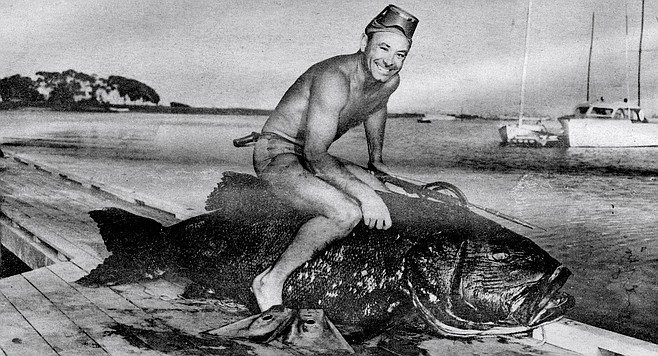 When men went under water

“It started with the sharks who used to gather in the caves area in the southeast corner of what is now the underwater park in La Jolla. The war effort needed the shark liver oil. Years ago in the summer you could see the leopard sharks, the big soupfin sharks, and the dusky sharks in there. Hundreds of ’em, some twenty feet long. Then the war came and gill nets took care of the sharks.” 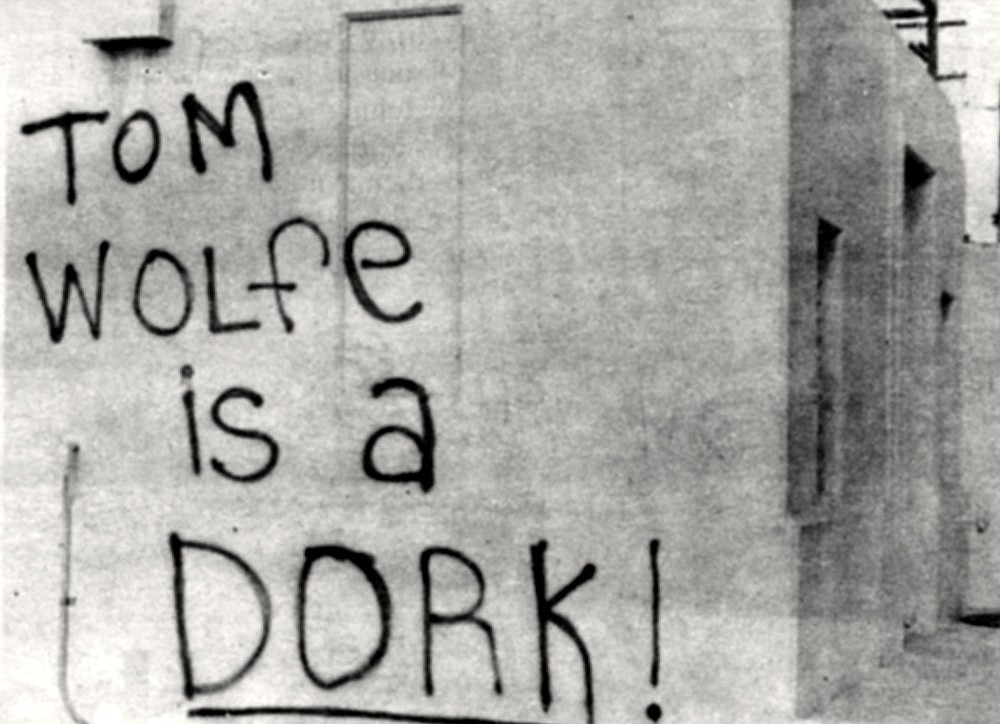 “Tom Wolfe really was a jerk when he was with us, and when the story came out, we knew he was a jerk. After it came out, someone wrote ‘Tom Wolfe is a dork’ on the Pump House, but it’s gone now.”

Too outrageous for La Jolla

Susie agrees with Jackie that police harassment added to the breakup of the Gang. “One day Artie—who’s now married and lives in Hawaii — got mad because some tourists wouldn’t move off the beach. While they wandered down to look at the ocean, he sat down on their blanket and ate their entire lunch! Boy were they speechless when they came back and saw this kid finishing up their picnic… but then they called the police.” 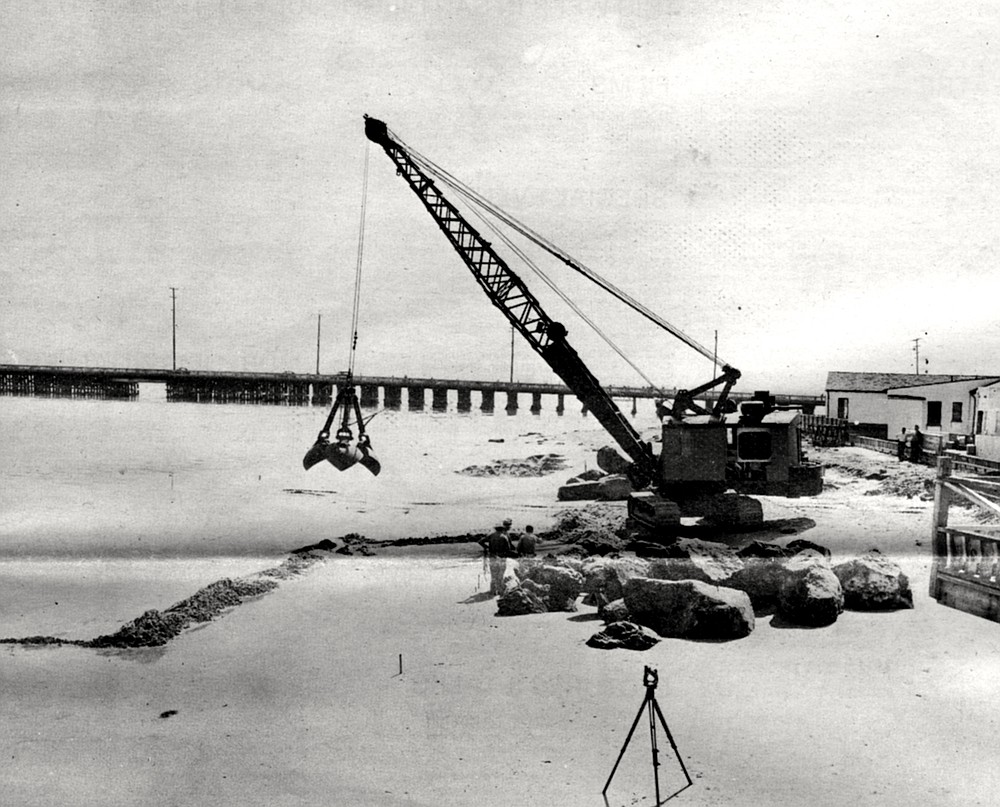 In the later forties the dredges came, and all that had been sand dollars, crabs, seagulls, mud, and grass was moved, removed, built up, or otherwise altered into what we now call Gleason Point, Ventura Point. I loved watching the dark gray spume burst out of the end of the pipe a mile or so from the dredge, and the sound of billions of shells rattling through the pipes, sometimes all night long, was pleasant and romantic.

The summer of 1949, was a fine one for the Beasels; we had our friendships with each other and we had the ocean, but most of all we enjoyed the constant closeness of our models, the lifeguards. We rode in the jeeps and trucks, placed warning signs, and used the showers and lockers inside the headquarters. The lifeguards were heroes because of their style, the way they laughed and joked in a manner no outsider could understand. 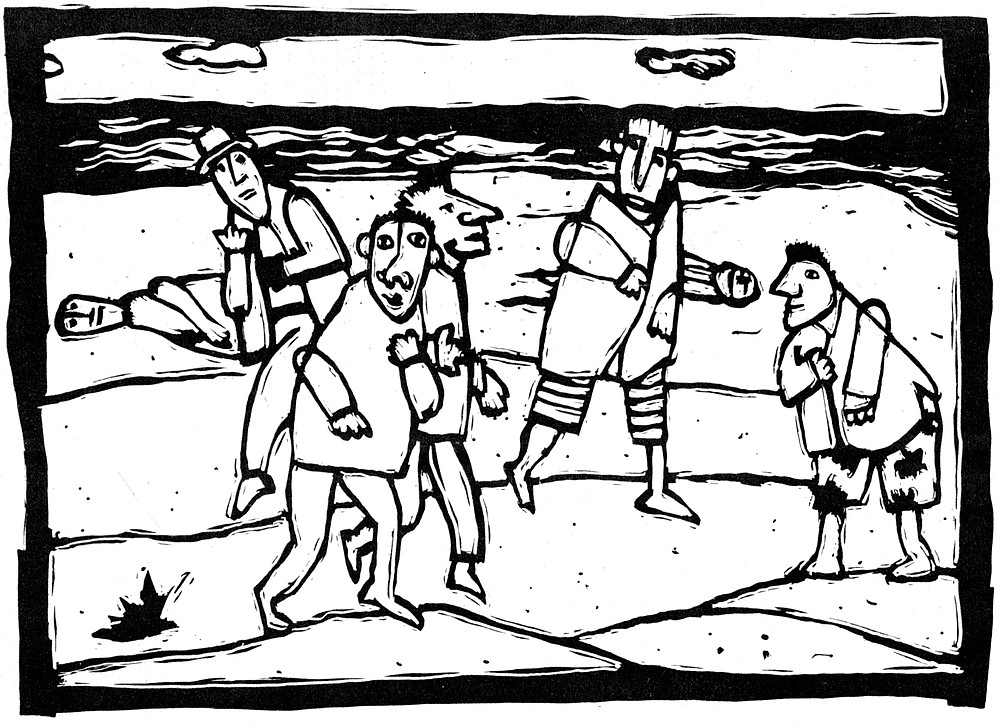 The California dream might be an illusion, but it's still for sale. All those rooms, which a few months ago were vacant lots, are filled with people from who knows where, come to get their share of the lunacy.

The Spectacle at Moonlight Beach

Not so many years ago the spectacle at Moonlight Beach was strictly a limited engagement, running approximately from Memorial Day to Labor Day. After that the set was dismantled, the concession stand closed, the lifeguards put the storm shutters over the windows of the tower, and a state park maintenance crew came out with a bulldozer to push the sand back a hundred feet, out of reach from the winter storms. 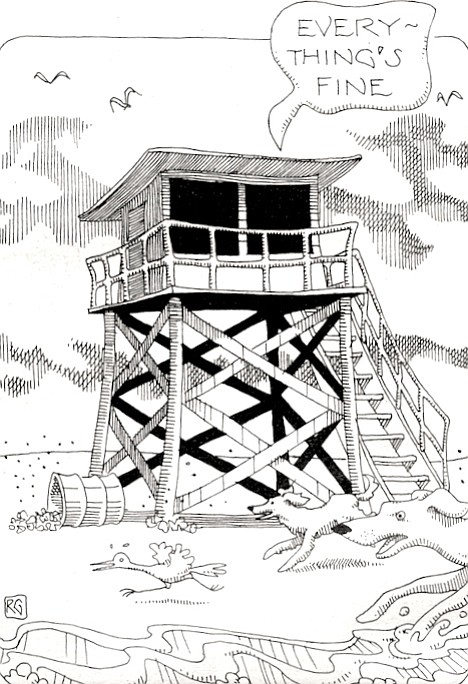 On another occasion a lifeguard supervisor brought his dog to the beach at 17th St. and let him run loose in front of headquarters while he went for a morning dip.

When I spotted what looked like a rescue about a mile north of my tower at 25th St., off Cherry Cove in Solana Beach (an unguarded area patrolled occasionally by the county), I sent one of our jeeps, which happened to be nearby, down to check it out. Neal immediately called me on the phone and snapped, “That’s the county’s territory! Let them take care of it!" We did. We called the county. 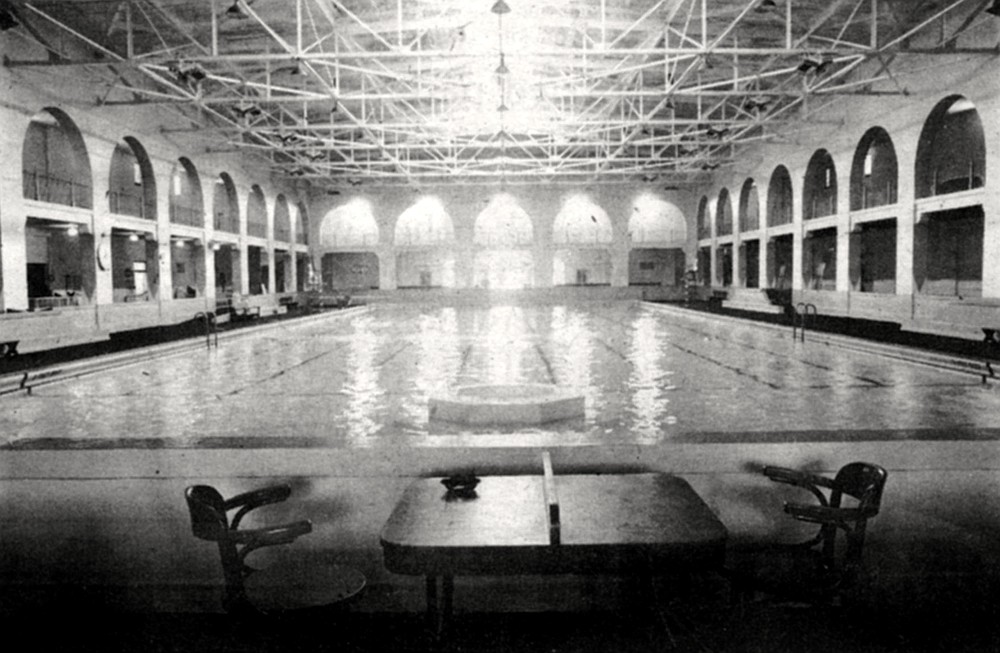 Inside the Plunge is a pool as lithe and graceful as it always was.

More than just the price of admission is the same today as it was in 1948. The brass sprinkler heads that serve as the plunge’s fire protection have 1925 datings: the brass rails leading in and out of the pool are originals, as are all of the brass fixtures in the locker rooms. The boiler room, which efficiently heats the entire pool and its environs, is still functioning with many of its original parts.