Frisbee, Olympics, car alarms — no, no, no, thanks

They don’t suit the hipster ethos 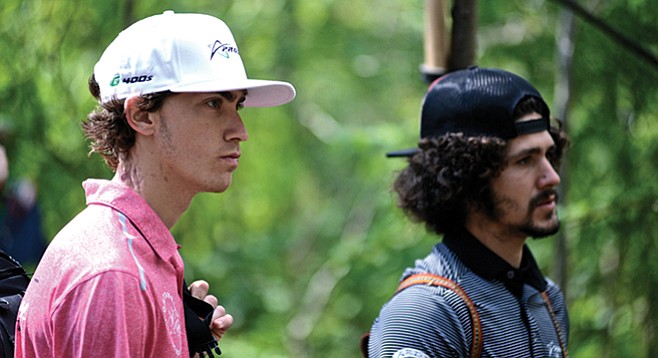 Dear Hipster:
How stoked are you for the Olympics?
— Seth

The only thing that would make me happier than the extinction of the Olympics would be the simultaneous extinction of the Olympics and the Kings of Leon. We hipsters, at our best, stand for principles of social consciousness and integrity, which are antithetical to the rampant corruption, civil rights violations, and jingoistic fervor that have become the hallmarks of the modern Olympics. Sure, the games may provide innumerable puff pieces for major media outlets, but if you dig a little deeper, there are horror stories about how the Olympics create and embrace opportunities for everything from bribery to quashing free speech.

The Olympics don’t suit the hipster ethos, and my stoke couldn’t be lower. I don’t like feeling this negatively about anything, so the less said about them the better.

DJ:
Why haven’t hipsters embraced the Frisbee? A fringe sport even in its heyday. Seems like a perfect match.
— Matt

Hipsters cannot become ardent fans of the Frisbee because too many competing interest groups have staked out the flying disc as their sovereign territory. Frisbee sports, much like the Dave Matthews Band and recreational marijuana use, are one of the rare instances where bros and hippies come together as one, high-fiving army. Because of this, the hipster, naturally opposed to the bro and fundamentally incompatible with the hippie on account of the latter’s almost terminal sincerity, cannot set foot on the Frolf course or the Ultimate pitch without feeling a deep-seated sense of shame in betraying his hipster values.

Futhermore, hipsters find it hilarious when Frisbee fans superciliously instruct the laity to use the term “flying disc” rather than the eponym trademarked by Wham-O.

Dear Hipster:
Some irresponsible neighbor’s car alarm woke me the other night, and I got to wondering, why do people still install car alarms when nobody ever comes running because a car alarm is going off? Is this one of Life’s Little Mysteries?
— Dan, Coronado

Car alarms — the kind that wake the whole neighborhood up at two a.m. because a kitten had the audacity to sneeze within sight of someone’s 2001 Accord — are almost, but not quite, a thing of the past. People have a history of holding on to things they don’t need but which they accept as somehow necessary based on no particular proof. Why else would kids still be taught cursive in some schools? For what possible reason should we turn our clocks back one hour every October? There are still at least a dozen shops in San Diego, from Streetnoyz to Pimp Ur Ride, that advertise “security systems” as part of their business. Someday soon, no car alarms will ring out in the night. Only the mockingbirds will mourn the loss of their annoying inspiration.

Dear Hipster:
Why do milk and cookies taste good together but lemonade and brownies do not? Life’s little mysteries!
— Alice

If hipster foodie trends have shown us anything, it’s that there’s no flavor to which people can’t adapt, given repeat exposure. I dare you to go back to 1998 and find one person who knew everybody in San Diego would miraculously love kale and Grapefruit Sculpin beer by 2010. If the oh-so-fickle gods of trending desired it, lemonade and brownies could be the “it” flavor of 2016 in a heartbeat.