A biergarten for North Park

ChuckAlek makes a move into the city from Ramona 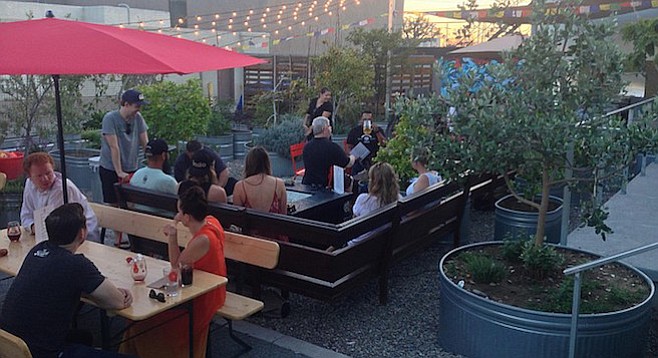 For the past three years or so, ChuckAlek Independent Brewers has been producing beer in small batches out in Ramona. During that time, occasional kegs would make it into central San Diego, but the nanobrewery primarily stuck to its Highway 67 tasting room, serving a loyal crowd of locals and in-the-know beer enthusiasts who made the trek to taste through its unique assortment of both experimental and historically inspired styles.

As of April 20, ChuckAlek serves beer in the city. Partners Grant Fraley and Marta Jankowska opened a biergarten in North Park, located behind the Art Produce gallery and garden on University Avenue. Inspired by the biergartens of Jankowska's Eastern European roots, the outdoor drinking venue features a small railroad-car-style tasting room for growler fills and bottle sales, but the bulk of service will take place in the large kid- and dog-friendly outdoor patio equipped with picnic tables and lounge furniture. 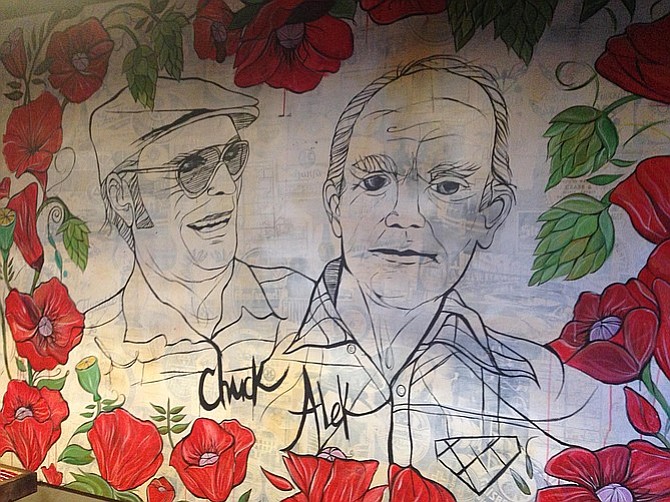 A mural depicts the owners' respective grandfathers, Chuck and Alek

Fraley says they discovered the space while selling bottles at the North Park farmers’ market, which until recently took place each week in the parking lot of the CVS drug store across the street. Art Produce had been the small lot to grow fruits, herbs, and vegetables in raised planters, and to host public art and cultural events. These events will continue, except now there will be fixed seating and beer service. Additionally, another Art Produce tenant, the restaurant Tostadas, will offer food service to ChuckAlek customers.

In order to meet the increased demand of a second, central location, Fraley says the brewery had to upgrade its tiny brewing system. "We've been through our first three years in production a one-barrel brewhouse, which is about as small as they come." So, in December they picked up a 3.5-to-4-barrel system previously owned by Butcher's Brewing in Santee.

"We kind of hermit-crabbed into their system." Fraley adds. "It's helped a lot over the past several weeks to brew about four times as much beer in one shot. It's still small in the grand scheme of things…but we're not necessarily trying to take over the world."

Visitors to the biergarten will notice ChuckAlek doesn't cater to the typical San Diego beer palate — meaning a lack of IPAs on the menu. Instead, expect various Czech, German, Belgian, and British styles. Sometimes this involves experimental use of malts, like a smoked gose made in conjunction with Pink Boots society that makes use of cherrywood smoked grains in addition to salt and coriander. Other beers are derived from historical accounts of beer recipes, such as the ChuckAlek's popular core beer, 1850 Runner, a nod to mid-19th-century British porters.

"I don't really claim to be a beer historian myself, but I definitely geek out on it," Fraley says. "There's a particular beer historian [and blogger], Ron Patterson][4], who we've worked with a lot in the past couple years."

The ChuckAlek Biergarten has a 3139 University Avenue address, but its entrance may be found behind the building off Herman Avenue.