Everyone will be moving to La Mesa

Development plans on the books include lots of residential units 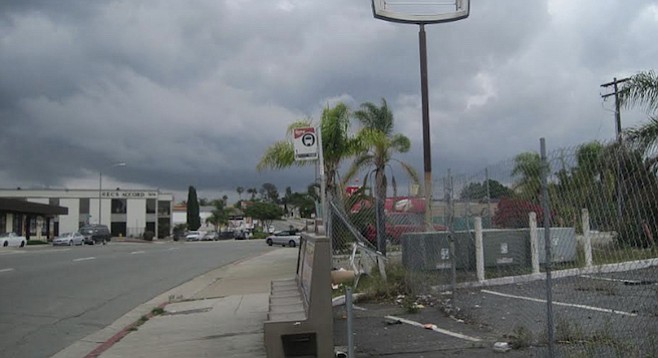 A reader's request for a follow-up on my February 2015 story about vacant land on El Cajon Boulevard that La Mesa resident Linda Johnson labeled an "eyesore" produced information about that location and details about residential developments proposed or in progress on the boulevard between 73rd Street and Baltimore Drive.

At a City of La Mesa town-hall-style meeting, Johnson said the former restaurant site on the 7350 block was "filled with litter, graffiti, and rodents."

I wrote last year that land at 7353 El Cajon Boulevard was part of an approximately 1.5 acre, L-shaped parcel that included a former mobile-home park around the corner at 4888 Jessie Avenue. The parcel targeted for development by Bradley Land Group didn't include the corner lot (7393 El Cajon Boulevard), formerly an auto business.

Asked recently for observations, Johnson said, "A parking lot has been added to the corner property. Otherwise it still looks pretty ugly."

A "For Sale" sign on the fence led me to call RE/Max Realtor Kip Pitman. He said the one-third acre corner lot is in escrow, which could close in two to three months. Pitman's client is working with an architect, and the purchase depends on city approval of the client's plan. “[The client] may develop the site for commercial use and/or condos or apartments." 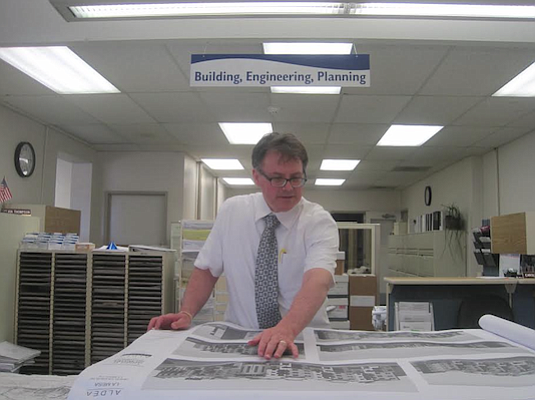 La Mesa senior planner Chris Jacobs said the owner of property at 7353 El Cajon Boulevard cleaned up the site last spring. Furthermore, the city received a complaint last October about "an unlicensed business" storing vehicles at the corner site. The city sent a notice of violation on October 16 and vehicles were removed.

Jacobs spoke about plans for the property and other boulevard locations. An entitled project has gone through a public hearing, and Bradley's L-shaped parcel is entitled for 45 residential units. Two are live-work homes. Jacobs said Matt Lin represents the ownership — PDM La Mesa, LLC. Bradley Tuck helped with entitling.

Pitman said escrow should close April 22 on the one-quarter-acre property at 7640 El Cajon Boulevard (a closed gas station). The client didn't reveal his plan for the corner site bounded by Thorne Avenue. 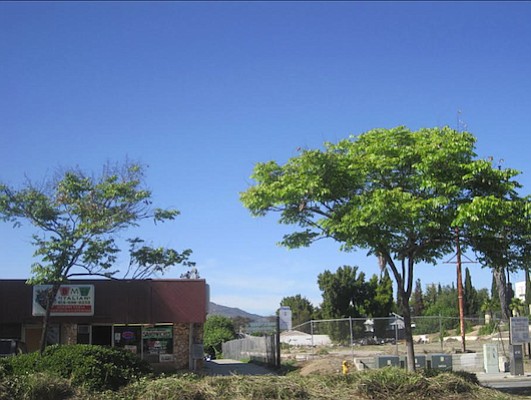 East of Thorne are properties listed in a general-plan amendment and rezone approved by the city council in 2009. Applicants Arnold and Valerie Schmidt and the Massullo Family Trust requested the changes on approximately two acres north of El Cajon Boulevard, according to a 2009 staff report. Montebello North consists of 7670, 7690, 7692, 7694, and 7696 El Cajon Boulevard and 5017 Thorne. Jacobs said the plan now includes Montebello South, a former auto lot at 7699 El Cajon Boulevard.

The amendment changed the mixed-density residential (7 to 23 dwelling units per acre) designation to mixed-use urban (24 to 40 units per acre). Jacobs said the Montebello plan is for multi-family residences and retail/office use. The Massullo business, BMH Italian Deli, is at 7670 El Cajon Boulevard. Jacobs said the plan is to tear down that building and construct a new storefront. Montebello North and South "are under review and are not entitled."

Montebello North is west of St. Martin Catholic Church, at 7710 El Cajon Boulevard. East of the church at 7808 El Cajon Boulevard is a 1.41-acre lot where a medical building was demolished in 2003. Planned for the site is Aldea, a project with 56 residential units entitled in 2013.

The complex consisting of 33 one-bedroom/one-bath apartments and 33 two-bedroom/two-bath units is on a 2.3-acre site (former locations of a restaurant and dance studio). Construction is scheduled for completion in February 2017, said Gill.

The section of EC Blvd. between 73rd and Baltimore needs a lot of work Any new construction will help. 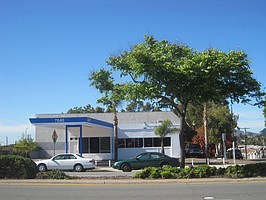