How many ramen shops can San Diego sustain?

Nishiki tries to distinguish itself from the competition 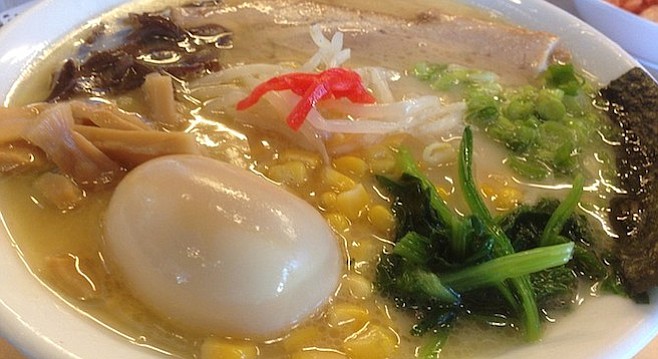 How long does a restaurant have to stay open before a GRAND OPENING sign comes down? Nishiki Ramen, sharing a parking lot with Mitsuwa market, still proudly flies their big, red banner, six months after the fact, perhaps stretching the truth. But what’s in a sign, anyway? 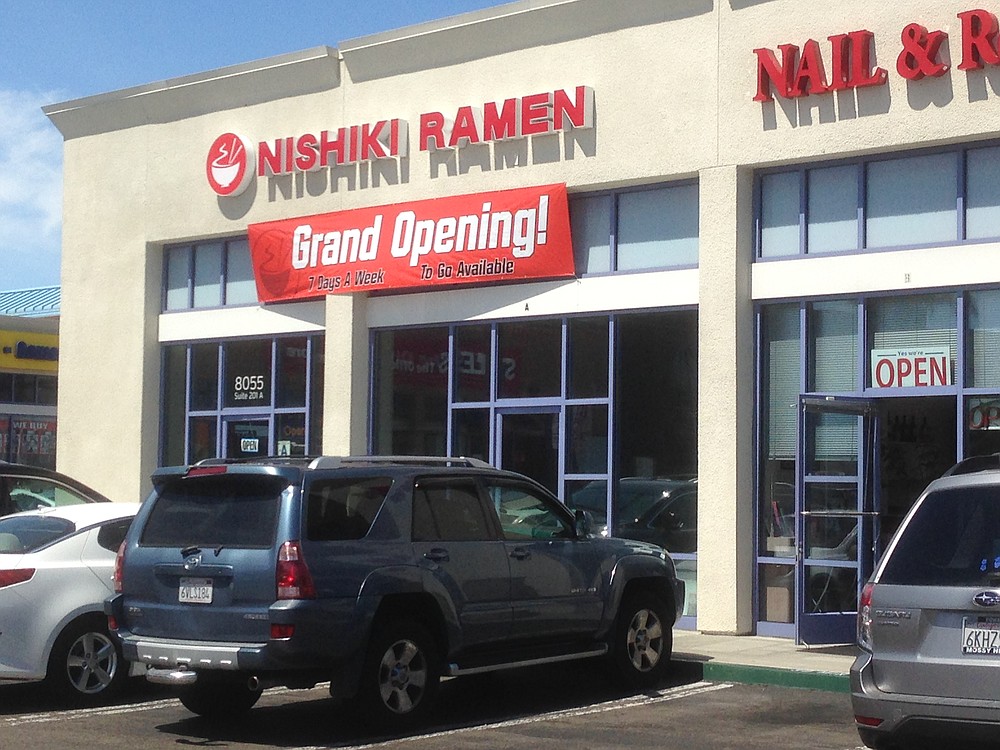 One way Nishiki tries to distinguish itself is by offering an “all in one” ramen for $13.95. It contains everything, including a moderate helping of chashu pork, and an exactingly boiled egg. Broth neither too bold, nor too watery, kind of a neutral middle ground. Oddly, it’s hard to say anything specific about it.

The black garlic ramen, most popular if the menu is to be believed, tastes redolently of garlic, as could be expected, yet is similarly indeterminate from the standard soup. 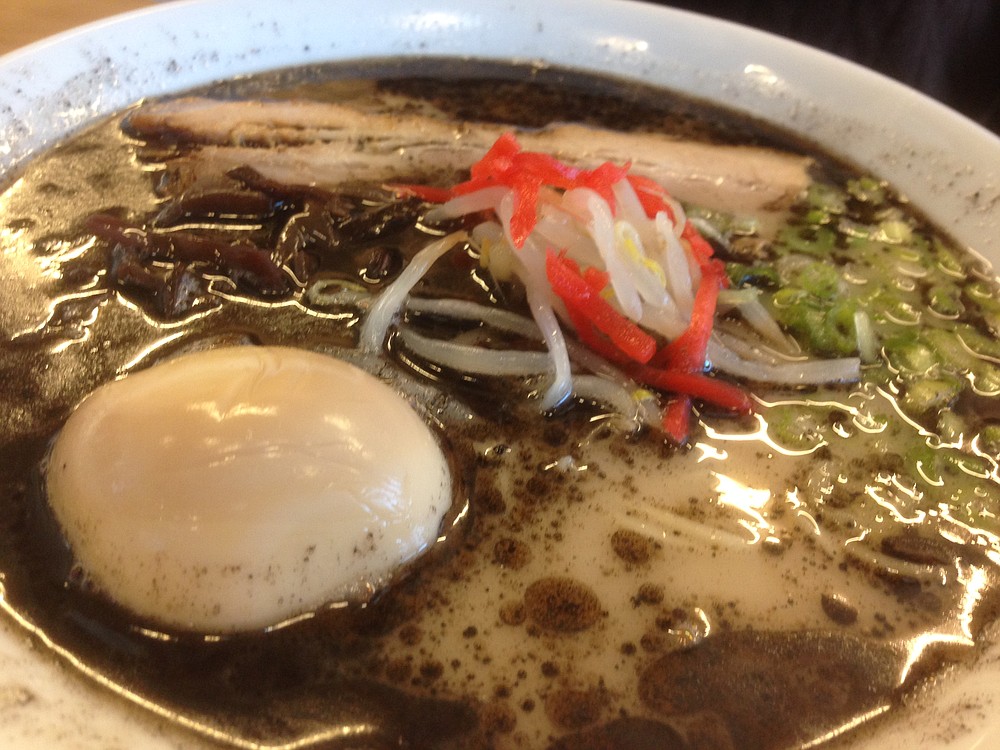 Ramen fandom has reached deep into local markets, with Nishiki drawing in ramen enthusiasts from all walks: families, singles, and everything in between. Even just picking up the overflow from fellow Japanese chain, Santouka (inside Mitsuwa), might be enough to sustain a steady flow of patrons. As a microcosm of the local ramen infatuation, Nishiki has a lot to say:

1) Nishiki’s somewhat industrialized noodle and soup production, coupled with its moderately antiseptic decor, speaks to how mainstream noodle soup has become. Not so long ago, underground locals and snooty hipsters dominated the ramen scene. No longer.

3) Miniaturized ramen and katsu-don kiddie meals are nothing less than adorable.

4) There appears to be no limit to how many ramen shops San Diego can sustain. Could we see a ramen bubble? The Northeast famously experienced a Starbucks bubble in the early-2000s, so anything’s possible.

5) Ramen prices, at least on the surface, appear to be creeping upwards in time with ramen popularity.

Those last two items in particular will no doubt be reflected in local food trends in the next year or two. It only remains to be seen how.