Never forget about Crystal Pepsi or the Smiths 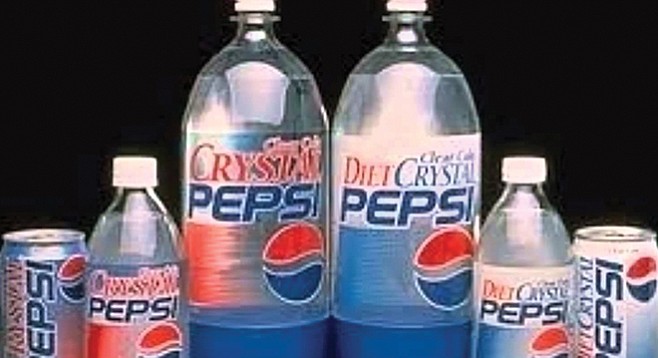 About 18 months ago, I responded to a question about what kind of bicycle I would be, if I were a bicycle. Since then, contrary to what I would have assumed, inquiries along a similar vein have trickled into my inbox. Now I don’t know whether I’m filling out an OKCupid profile, accidentally falling victim to Facebook clickbait, or doing my hipster best to resolve the world’s quandaries. Either way, here are selected answers to some of the more clever hypotheticals.

Dear Hipster:
If you were a vegetable, what kind of vegetable would you be?
— Jenn

Perhaps the only vegetable pretentious enough to represent yours truly is the Navarrone white asparagus, which bears a government-sponsored stamp of controlled origin, costs (roughly) one hundred million billion times more than regular asparagus, and nobody can say what makes it special other than the fact that it has always been the coolest kid on the asparagus block.

Alternatively, I might accept fiddlehead ferns as the most hipster vegetable. Since they can’t be cultivated, the only way to get them is through labor-intensive foraging, usually done by old-timey New Englanders in forests you’ve never heard of before. On the menu at a chic bistro, they are both frighteningly expensive and trendy come springtime in certain areas. Farmers have been eating them since way before it was cool. How hipster is that?

Dear Hipster:
If you had to choose, which character on Game of Thrones are you?
— Chris, PB

In what possible scenario would I have to make this particular choice? Perhaps some sort of Total Recall (book, not movie) situation, where the only thing that prevents an alien civilization from invading Earth is that I dwell in a fantasy world of my own devising. Realistically, in that far-flung instance, I’d probably create a world identical to this one, except that the Smiths never broke up and you can still buy Crystal Pepsi. This hipster’s not greedy.

Dear Hipster:
What kind of pizza are you?
— Jerry

I am neither delivery nor Digiorno; and I’m certainly not Ringo Starr eating pizza crust first.

I would be whatever kind of pizza you order when you’re having friends over to drink dry Martinis and watch ’80s movies... just so you can appreciate the soundtracks.

I am the midnight slice you shared with a friend after that one concert.

I am the kind of pizza that guilts you for not ordering pho instead.

I am a pizza of such breathtakingly obscure construction that I make a hazelnut/tempeh/prosciutto combo seem mundane. If somebody served you a pizza like me, you’d eat the whole thing and never be sure whether you liked it or not, even though you’d smile knowingly and mention how, “This one time, at a little restaurant in some obscure neighborhood joint, someone actually served you a similar pizza, now that you think of it, and this one might be even better than that one because it’s made with organic flour.”

Dear Hipster:
What part of speech would you be? That might not make any sense, but try to answer, please!
— Alexis, Mission Beach