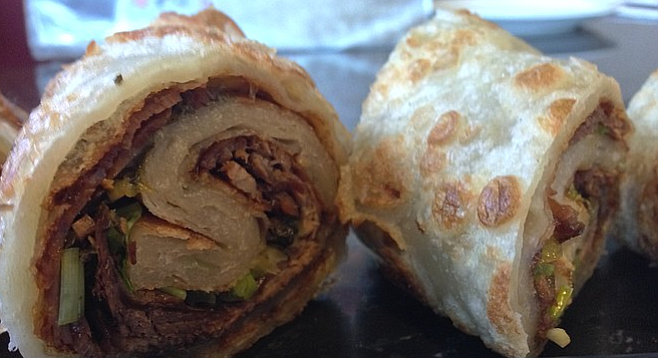 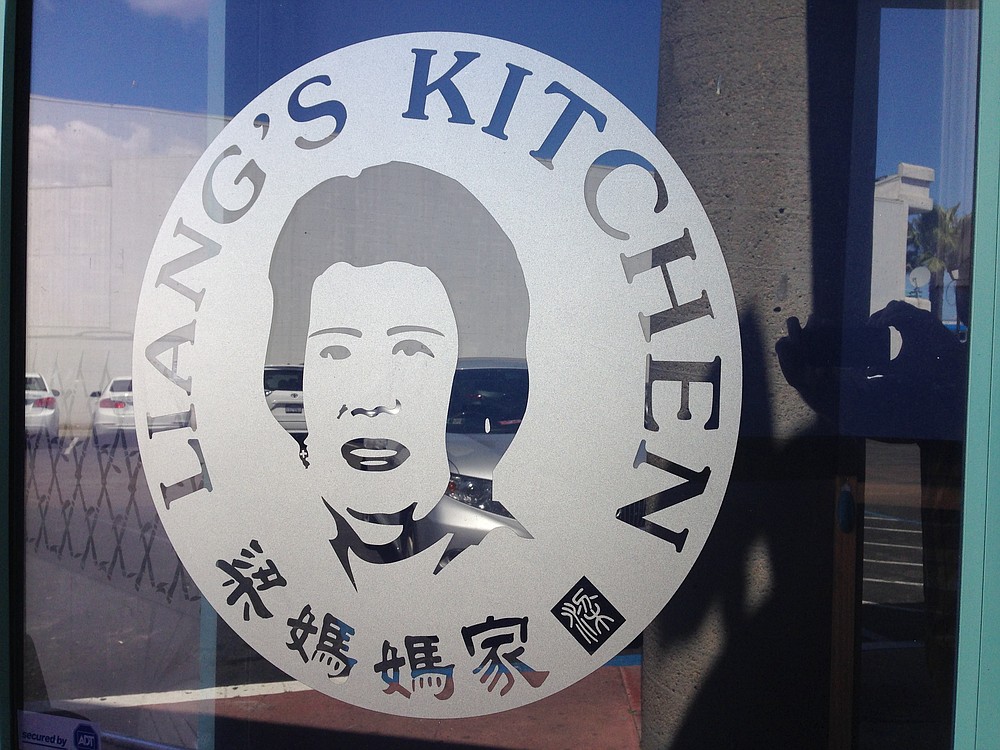 I went for a weekday lunch with friends and found little crowd and plenty to chew on. While the décor didn’t offer much, the menus held a seemingly incongruous collection of pages, which included advertisements for car dealerships in other counties. 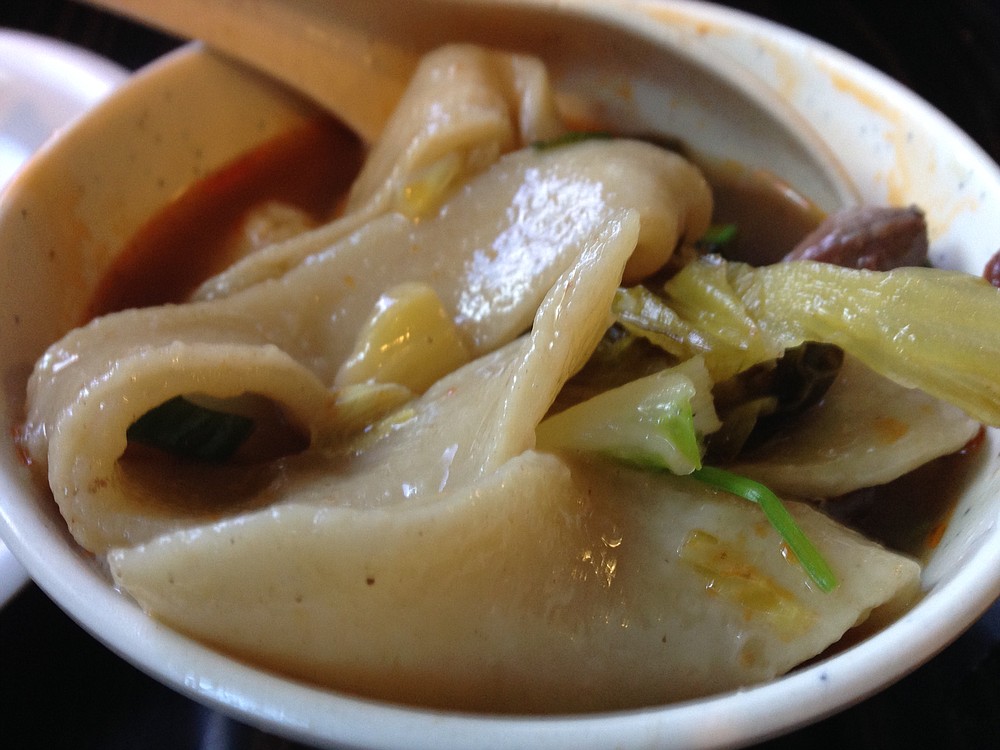 When ordering noodle soup at Liang’s, choose the lapian option

We started with sesame beef rolled up in scallion pancakes, a sweet ponzu-style sauce adding a little sweetness to its savory appeal. We all reached for the jar of richly oiled chili paste, which put the dish over the threshold into delicious. Just as deeply warm and even more succulent were wontons bathing in a bowl of chili-spiced onion oil.

This was just pregame. Recommended for first timers is the tāngmiàn, more easy to remember as soup noodles. The house specialty is the beef and beef tendon soup, but we settled for splitting an order of beef without the tendon. We also shared a minced-pork version. The menu offers a choice of noodles, “L” or “R,” and for me the choice is easy. 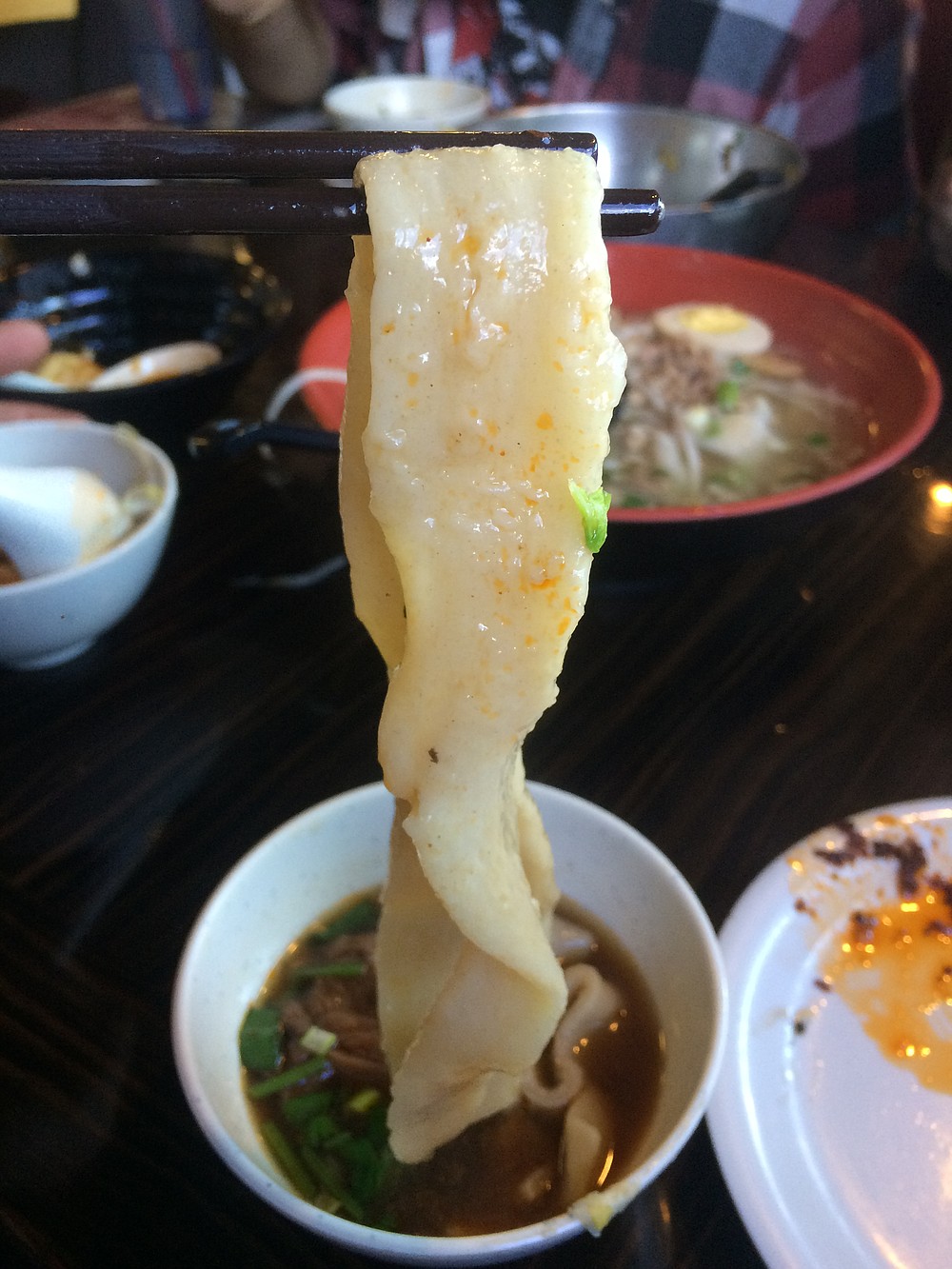 In Chinese, “pulled noodles” translates to la mian. But at Liang’s, L stands for lapian, which may apparently also refer to wide or ripped noodles. In this case, repeatedly pulled dough is cut into wide, thick ribbons of slightly wavy, chewy goodness.

The beef and pork broths offered distinctly different flavors. The beef had a very slight pungent tang, while the pork read a little milder. The pork had a ground-meat texture, the beef more that of a roast. But it was all just a vessel for those toothsome lapian. Here’s hoping I never run out of noodle soups to try.