It's hard to be Yuck

Indie-rock Londoners leave the past behind...but not totally 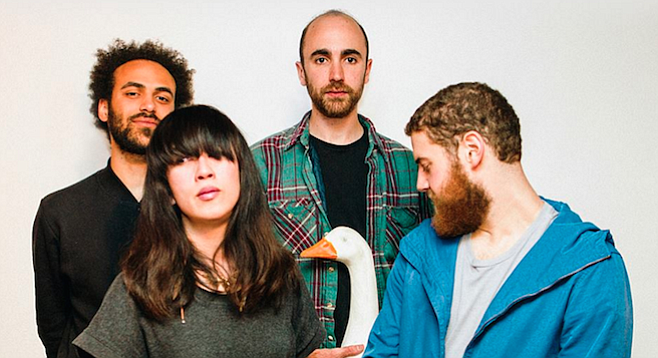 Yuck is an indie-rock band from London lead by singer/guitarist Max Bloom. Yuck is a band trying to escape their past while not being ashamed of it. Yuck is a band that lives off their fans and is trying its hardest to make it in this diseased music climate. Yuck is a great band. 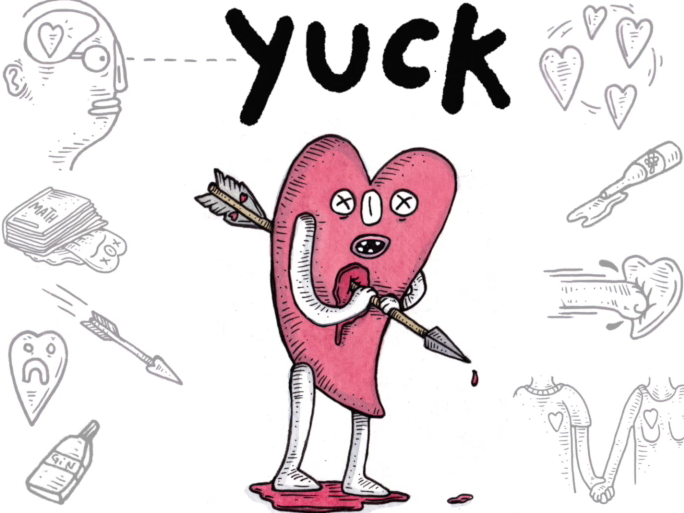 ...off of Yuck's latest, Stranger Things

Formed in 2009, Yuck released their self-titled album under their original lead singer Daniel Blumberg. The release was a critically acclaimed album that sounded as if J Mascis shared a dorm room with Kevin Shields and Stephen Malkmus. Shortly after the hype, Blumberg left and Bloom picked up the reigns and the band recorded their second album Glow and Behold. With a significant change in style (gravitating more toward Brit-pop than ’90s indie rock) critics weren’t thrilled. Regardless, they toured the album internationally and thrived with their new lineup and sound. A few years later, Yuck relied on crowdsourcing efforts to release this year’s Stranger Things on their own record label, Mamé Records, demonstrating an impressive amount of self-determination and fan support. Despite these efforts and accomplishments, a sad trend has appeared where a Yuck album can’t be reviewed without backhanded negative comments regarding their past and former lineup. It must be painful to try and move forward and have the public constantly bring you back. Regardless of their past, Yuck’s latest album is a fine collection of indie rock and with this new arsenal of songs they are putting on some entertaining live shows.

Yuck played for a packed house at the Soda Bar on March 23 and did not disappoint. Playing songs from every album and era, Yuck provided a trip through their entire career for long-time fans. For people who had never heard of them, the concert provided some kick-ass ’90s nostalgia and Brit-pop heavy on guitar and vocal melody. Speaking between songs, Bloom’s heavy British accent reminds you that they aren’t from around here, but the smiles make sure you know they are glad to be here and that you came out to keep them going.

Back to that annoying past…an older fan started off the concert on a sour note by yelling for “Georgia” (a track from their first release) and continued yelling for the song through most of the set. Bloom seemed annoyed but joked, “I run the show and call the shots.” I’m sure they deal with this behavior a lot. Regardless of these outbursts, the band pushed through an energetic show heavy of songs from all three of their albums.

After being brought back for an encore, Yuck finished the show with “Georgia” and was met by a giant round of applause and relief from the crowd. After the show, the man who had been requesting the song went up to the band and thanked them with a heartbreaking amount of sincerity and gratitude. The band took the compliment with smiles and continued packing up their gear ready for the next challenge. A reminder that a band doesn’t have to be run by their past, but that sometimes it’s worth revisiting.

Great review - you have succeeded in getting me to check out this group. I've heard of them but have never heard them. I'll fix that soon...