A Hush falls over San Diego 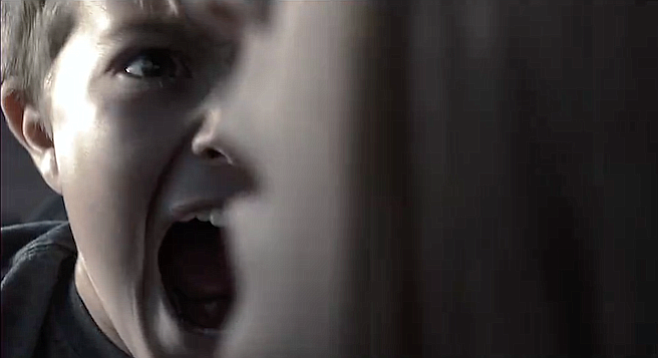 It’s not often one finds a student film, for lack of a better term, covered in these pages. Call me snobby, but after 11 years spent teaching film (and a lifetime devoted to studying the masters of film), when it comes to amateur shorts, my dance card is permanently filled.

How many Dario Argento–inspired variations on stalking and slaughtering women are there? The Frankenstein reveals — start on the shoes and pan up to the face — are endless. And don’t forget Star Wars ripoffs so cheap that you not only see the strings attached to the Aurora models but the hands that control them as well.

Nobody likes telling someone that their baby is ugly, so when the time comes where I’m asked to judge a film festival or partake in something like the 48 Hour Film Project, I politely decline. In too many instances, first-time filmmakers waste everyone’s time by breaking rules they never grasped to begin with. For every What’s a Nice Girl Like You Doing in a Place Like This? or Peel, there are literally thousands of derivative, intensely impersonal productions, generally produced by A. Mom & A. Pop, waiting to be melted down and transformed into guitar picks.

So congratulations to San Diego filmmaker Michael Foster on the birth of Hush, his dark, beautifully made, and brutally honest bouncing-baby short. There’s not much to say about the film for fear of giving it away. Suffice it to say, this tale of a mother confronted with a young son who will stop at nothing to rip her life apart makes The Room look like the escapee from the Lifetime Channel that it is.

Hush premieres Friday at 7 p.m. at the Horton Grand Theatre. Seating is limited, so you’re advised to act fast if you want to attend. For more information, visit their Facebook page.