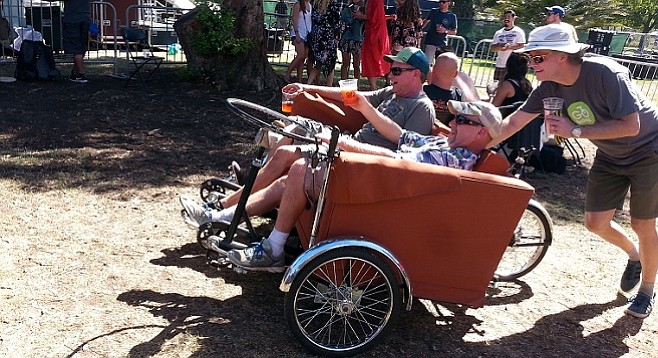 Cyclists of all stripes converged on Golden Hill Park Saturday afternoon (September 26) for the latest installment of Tour de Fat, a bicycle-centric traveling carnival used as both a cycling advocacy fundraiser and promotional venue for Colorado-based New Belgium Brewing.

While the event served as a showcase for the brand, whose most recognizable offering is the Fat Tire ale featuring a red single-speed cruiser on its label, all proceeds were to be donated to local cyclist groups San Diego County Bicycle Coalition and San Diego Mountain Biking Association. Last year's event raised over $43,000 for the two clubs.

"The money works all year to support our educational outreach — working with schools, reaching adults who want to ride more. It's quite valuable in aiding our efforts," says Coalition executive director Andy Hanshaw, reached a few days before the event. "We've got individual projects all over — Uptown, North Park, the Bayshore Bikeway, that we're hoping to prioritized to get more people riding." 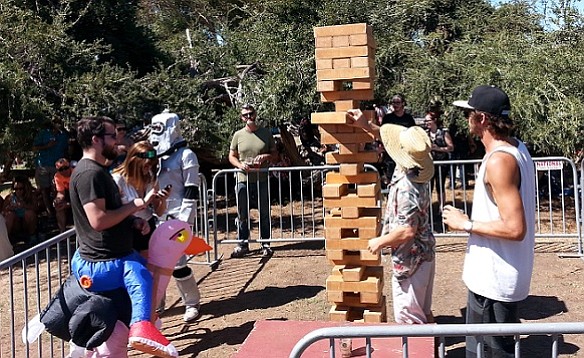 Oversized Jenga with the flamingo man

A motley crowd, many adorned in costumes from a late-morning bike parade, milled about the park partaking of amusements including larger-than-life children's games (scrap lumber Jenga, anyone?), a "Bike Pit" filled with various wheeled contraptions that festivalgoers attempted with varying degrees of success to pilot, and a children's course equipped with rideable obstacles. A main stage offered live music, vaudeville acts, and audience participation bits including one in which a local resident pledged to go car-free for a year in exchange for a free bicycle (more on this in an upcoming issue).

The festival has been gaining popularity, says New Belgium's Matt Kowal, who has been with the Tour for 11 years.

"The first year I was on as a band," Kowal says between stints of stage time. "There was a guy named Chris Winn who was doing the whole Tour by himself — he had a little Toyota Tacoma and a 12-foot trailer."

Kowal is at a bit of a loss, as are most others questioned, when asked for a simple description of the chaos. 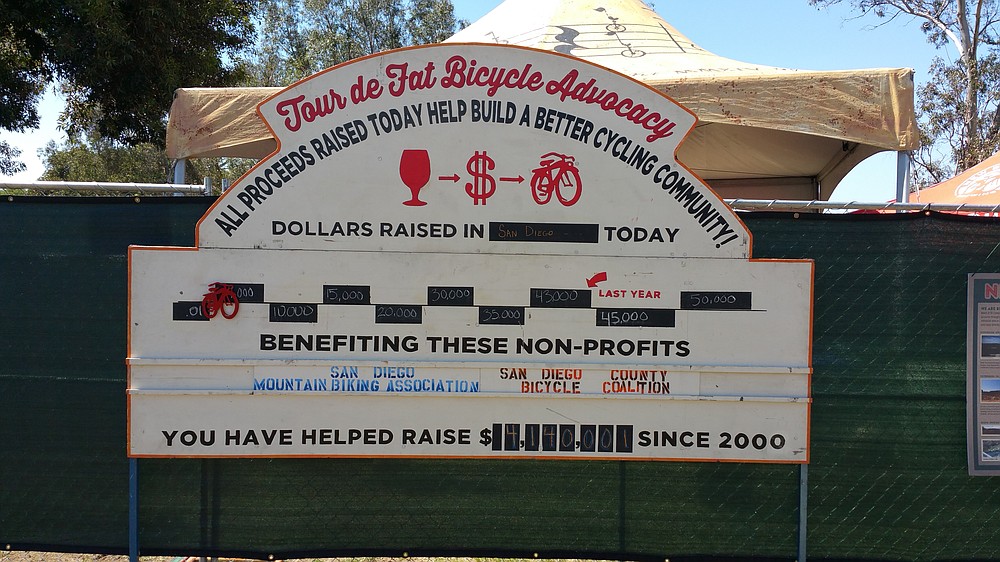 "The Tour can feel like a costume-y beer festival on one level, but at its best this is a bunch of people who appreciate the power of the bicycle, brought together by a company formed on a bicycle," Kowal concludes after some contemplation. "We all have an appreciation for wonderful inventions. Beer is a great invention — this liquid bread that makes you feel funny, think you're smart, and tastes great. The bicycle is no less amazing — when you're riding with the wind in your face, you just appreciate life more. It's a transformative experience.

"I believe that my job is to create a moment that somehow, through all of this clutter, somebody gets it — I want to try some new beer, I want to get back on my bicycle. The brewery has been great at giving us the freedom to just put this on, and it works."

The Tour has one more stop in Tempe, AZ before wrapping up its 10-date 2015 schedule.