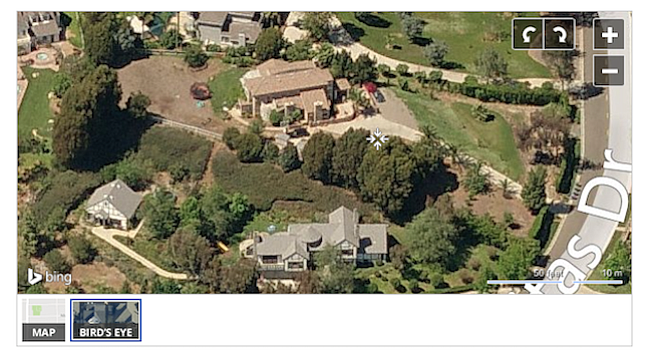 The body of Shelby Ann Black, 23, was found directly underneath the window through which the sole survivor of the house fire had escaped, according to a medical examiner’s report released on September 20.

At 6:45 a.m. on the morning of July 30, 2015, multiple 911 calls reported a fire at 1507 Rancho Encinitas Drive in Encinitas. When the fire department responded they found the home “fully engulfed in flames.”

“During fire suppression efforts the body of the decedent was found in an upstairs bedroom,” the report stated. “The body was obscured by debris” and was found at 9:45 a.m., according to the medical examiner.

The woman died from burns over 90 percent of her body and “inhalation of products of combustion.” She was 5 feet and 7 inches tall and weighed 137 pounds; tests showed positive for methamphetamine.

Black died three days short of her 24th birthday. She was identified by fingerprints.

The deceased was a married, white female residing in the home of a friend, according to the medical examiner’s summary. Black was married to a man named Casey who had custody of their son named Christopher, and her two other children are reportedly “in the care of others.”

Neighbors who reported the house fire told authorities they saw a man, later identified as Jeremy Henry, 39, at a second-story window screaming for help. The man broke the window and climbed down with help from neighbors.

“He stated there was another person in the house to responding firefighters, before he was taken to a local hospital for treatment,” the medical examiner reported. Fire-department personnel attempted a rescue but were repelled by heavy smoke and fire.

“[Henry] said there was thick smoke and he could not see his hand in front of his face,” read the report. Bed posts blocked some of the windows, which made it “difficult,” and smoke alarms in the house were “inoperable,” the survivor reportedly stated.

Henry told authorities that Black was the only other person in the home. “He told deputy Backouris that he and the decedent had gone to sleep in the master bedroom on the second floor. He was awakened by black smoke filling the room and woke Shelby. He was able to find the window and broke it. He thought Shelby was right behind him when he went through the window,” according to the report. The woman’s body was found directly under the escape window.

A dog was found dead on the ground floor of the home, near an exit door, and was removed by animal services.

“The home was owned by Anastasia Kirkeby, who marketed the home as a retirement care facility,” according to the report. Kirkeby and Henry were said to be living in the home when a warrant search was executed by law enforcement last December. The report noted: “There was also a hidden room found in the home.”

“The home fire suppression sprinkler system was found to be in the off position at the time of the fire,” the medical examiner stated.

As of Friday, September 18, the cause of the fire was officially “undetermined.” The origin of the fire was in the area of a water heater and home heating system, located in a hallway on the ground floor.

According to the report, Henry said he had been using methamphetamine for three days and that the night before the fire he showered in his room located on the first floor.

“After he showered he stated he smelled plastic burning. He thought it was from a shirt which was on top of a lamp shade. The lamp was in his room next to the entrance to the hall. He said he took the shirt off the lamp shade and threw it on a pile of clothing near his bed.”

Henry said that he and Black ate cereal for dinner and then went to bed upstairs on the second floor. Because the upstairs bedroom did not have a door, the smoke and fire “travelled freely” into the room, according to the report, and “Jeremy Henry later woke coughing.”

According to the medical examiner’s report, Black had a history of drug use and theft “from when she was very young.” Her mother reportedly described her as “out of control” since she was 14 years of age and that Black stayed in juvenile hall until she was 18 years of age. Her mother was aware that Black suffered multiple arrests and periods in jail. The report stated that some of Black’s arrests were for stolen vehicle, burglary, and identity theft.

The report noted that investigators found “a black Mercedes registered to Glenn Kirkeby in the driveway,” where the fire occurred.

The reputed owner of the home, Anastasia Kirkeby, 49, is scheduled for a misdemeanor jury trial this morning, September 21, in San Diego’s North County Superior Courthouse in Vista.

The misdemeanor drug trial for Anastasia Kirkeby was delayed until November 10, according to the District Attorney's office.