Why rains result in U.S. pollution from Tijuana River 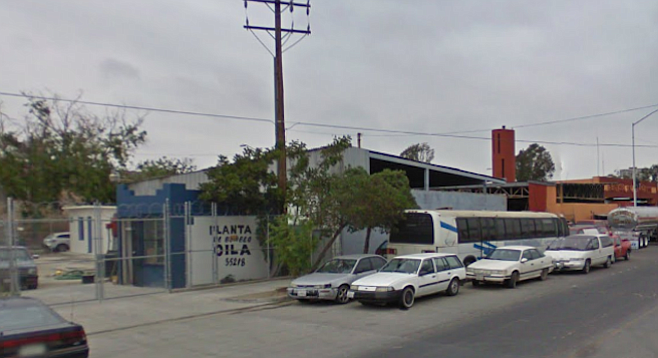 Sandwiched between Tijuana’s Central de Bomberos and the auto-import syndicate parking lot just south of the concrete-lined Tijuana River, the tiny CILA pumping station in Tijuana looks pretty innocuous. But when the pump station shuts down, the impacts are immediate, international, and they last for days. (CILA is the acronym for Mexico’s International Boundary and Water Commission.)

Since September 15th — the record-setting rainy Tuesday when San Diegans were crashing cars at three times normal rate — the CILA pump station has been offline, allowing an estimated 12,000 liters per second of rainwater, urban runoff, and raw sewage to flow through the Tijuana River channel, into the U.S. — flooding the flats where the channels end, then moving under the Dairy Mart Bridge and churning about four miles to the Pacific Ocean.

In the next day or two, when the flow eases to about 1000 liters per second, the pump station will come back on line.

"When we have a rainstorm, the pump station can go down for five or six days," says Steve Smullen, area operations manager of the International Boundary and Water Commission.

The results are well understood — it happens almost every time there's a measurable rain.

"The unseasonal rainfall on September 15 caused the Tijuana River to flow up to 280 million gallons a day," says Paloma Aguirre, U.S.-Mexico border director for Wildcoast.

The County Department of Environmental Health closed the beaches north and south of the river mouth and as far away as Silver Strand State Beach in Coronado — which meant the Dempsey Holder surf event scheduled for Saturday, September 19, in Imperial Beach has been postponed. The Dairy Mart Bridge cleanup, a Tijuana River Action Month event, also set for Saturday, has been cancelled.

The pump station is shut down to protect it because it can't handle sudden, extraordinary amounts of water that overwhelm the river and the sewer system, Smullen said.

It was built in 1991 to divert the dry-weather water flowing in the Tijuana River, which runs in a small channel cut into the center of the wider river channel. The station came out of an international agreement that Mexican sewage, treated or untreated, should not enter the U.S. Three sewage-treatment plants discharge their treated water into the river as far away as Tecate, and there are smaller sources of untreated sewage along the channel.

The target capacity is about 1000 liters a second. So, in a rainstorm that washes 12 times or more that amount through the channel, the pump station can't handle it, Smullen explained.

"They shut down the pump station for the same reason that we don't treat urban runoff," Smullen said. "You couldn't build a pump station that could divert an entire river."

Adding to the pump station's woes, a whole lot of silt and sediment rush through the channel, fouling the equipment and filling that low-flow channel.

"They have to clean out the filters and pumps and the low-flow channel before they come back online," Smullen said. "I understand that's what they're doing now."

The 24-year-old pump station was built to handle dry-weather flows — and it does a pretty good job of that, Smullen said.

"It's a dry weather solution. Seventy percent of the year, that's an effective capacity," he said.

Could they build a pump station for surprise September rains that require 12 times the capacity? Theoretically, yes, Smullen said.

But, ”It would be very expensive and it's not cost-effective.”

Mexico being a bad neighbor