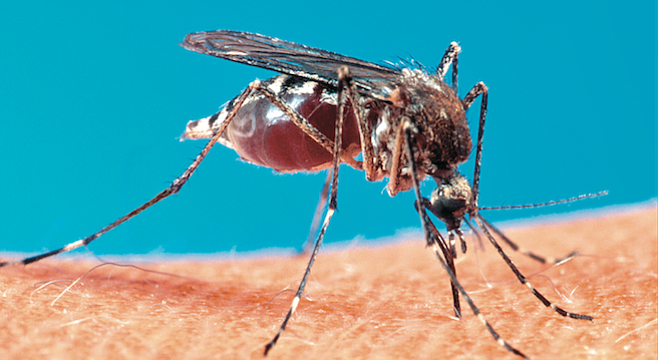 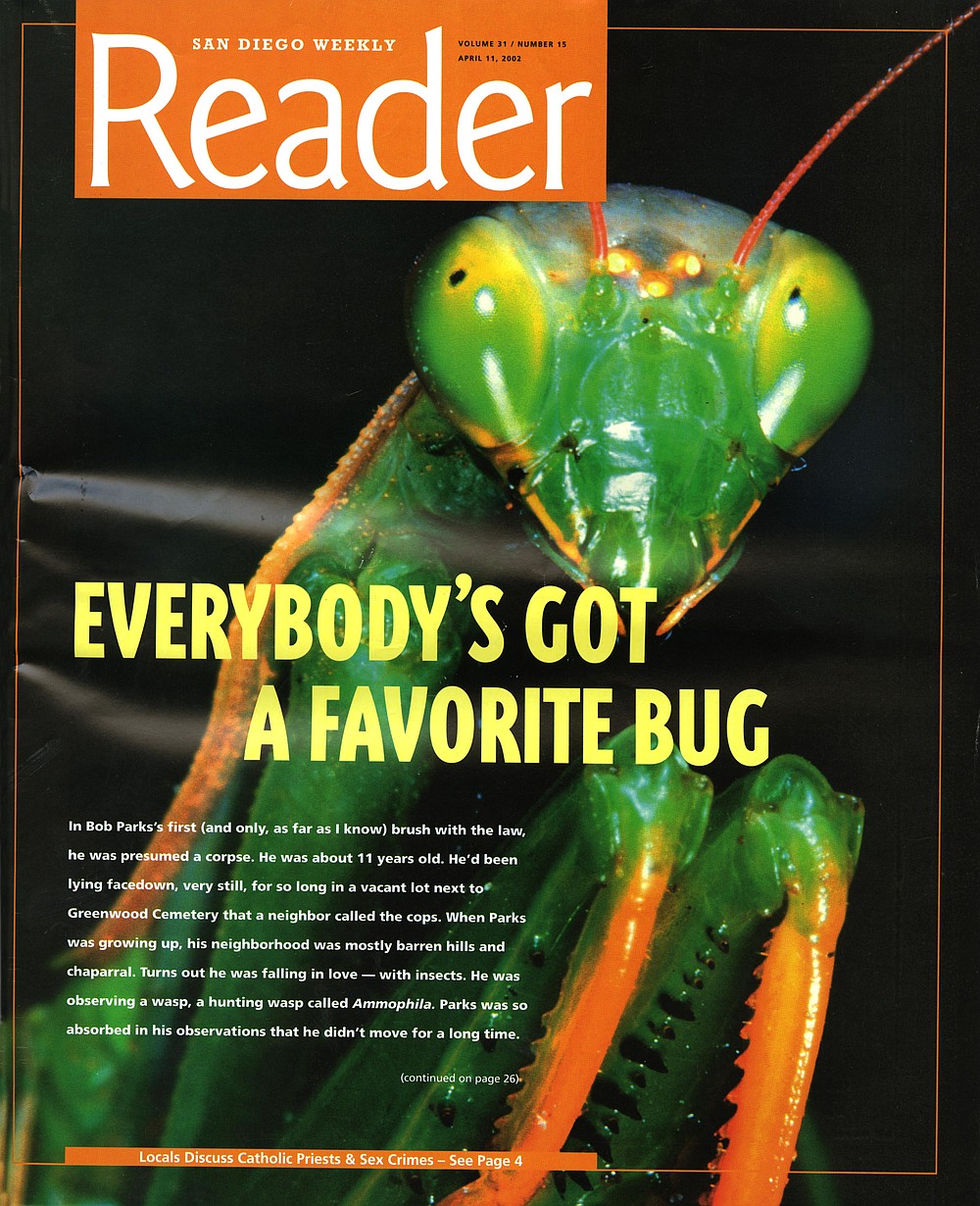 Everybody's Got a Favorite Bug

"I asked Bob Parks to name his favorite wasp. Ammophila: after all these years. Perhaps it was her (the wasp Parks was observing was a female) shape that first drew his attention. One naturalist has written: “…her abdomen looks like a pear on the end of a length of string. Nevertheless, she is graceful and svelte." 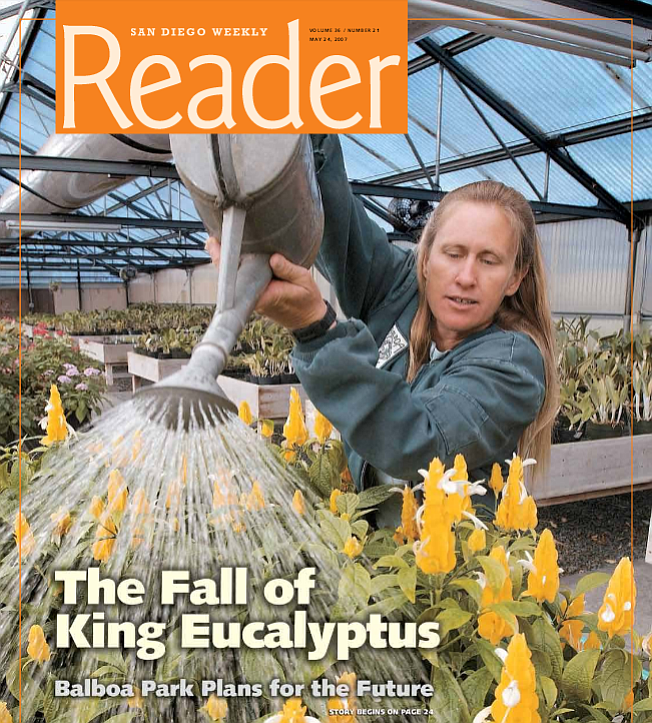 The carnivorous specimens can't tolerate the salts and other minerals in San Diego's tap water.

The Fall of King Eucalyptus

Plantsmen’s vision for a green future.

Apart from the 150 acres of coastal sage scrub preserved in Florida Canyon, the landscape of Balboa Park's 1172 acres is a wholly unnatural creation, filled with species imported from every continent except Antarctica. 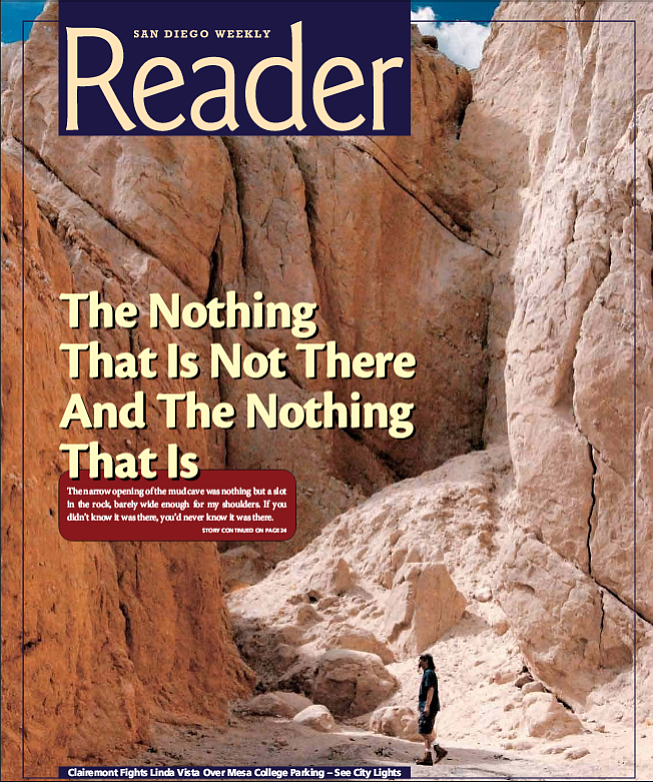 The beauty of the Carrizo Badlands.

The person who'd led me into this cave was undoubtedly one of the premier natural scientists in San Diego, Jerry Schad. The woman, whose tone had turned faintly more confident in the wider, slightly brighter space — "We should have brought a flashlight" — was Schad's friend, Chong Yim. 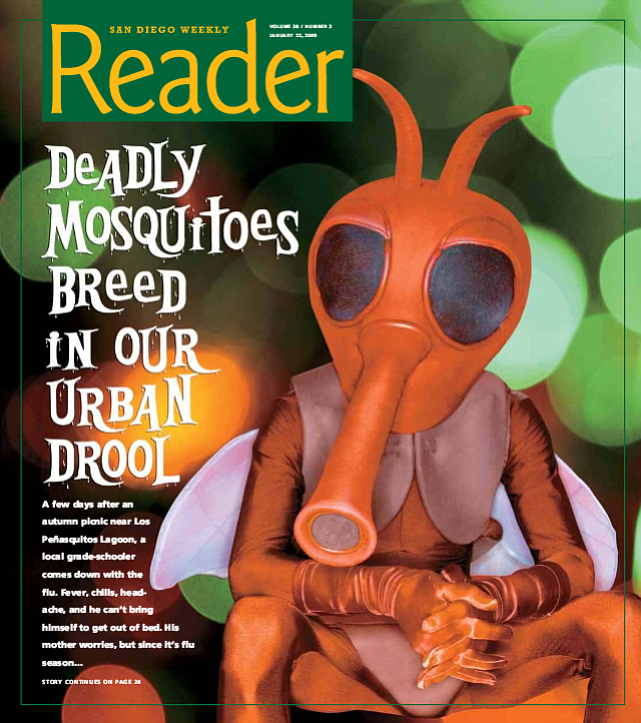 "if you have a green pool, and our helicopter spots it, and I find your house...."

West Nile virus hits 23 cases — a war fought one puddle at a time.

Of the 40 “sentinel chickens” used for early detection, 13 have converted to West Nile, including all 10 in Los Peñasquitos Lagoon, 2 in Oceanside, and 1 in the Tijuana River Valley. In the past, no more than 1 chicken had converted. 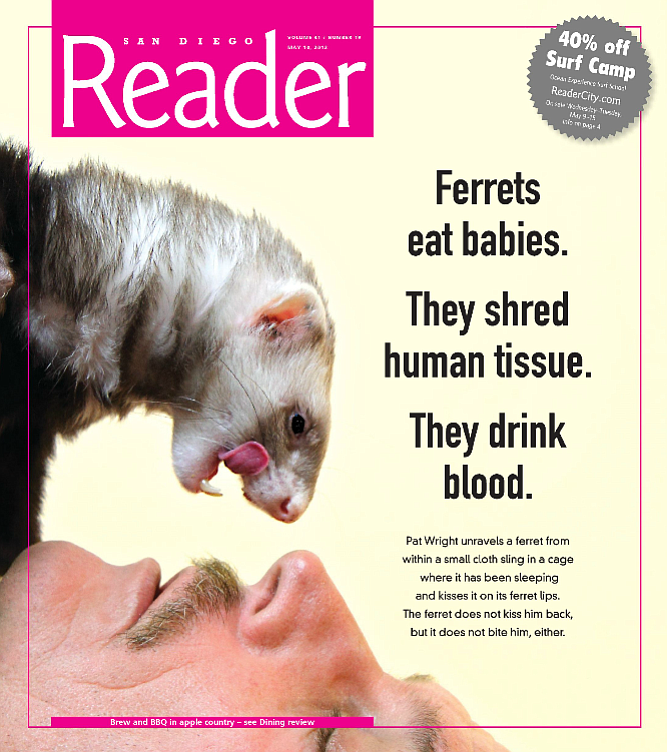 The larger problem now is what Wright notes as a general tone of apathy among San Diego’s ferret keepers. “Since there’s been no enforcement — the last ferret bust in San Diego was over a year ago — no ferret owners are working for legalization.” 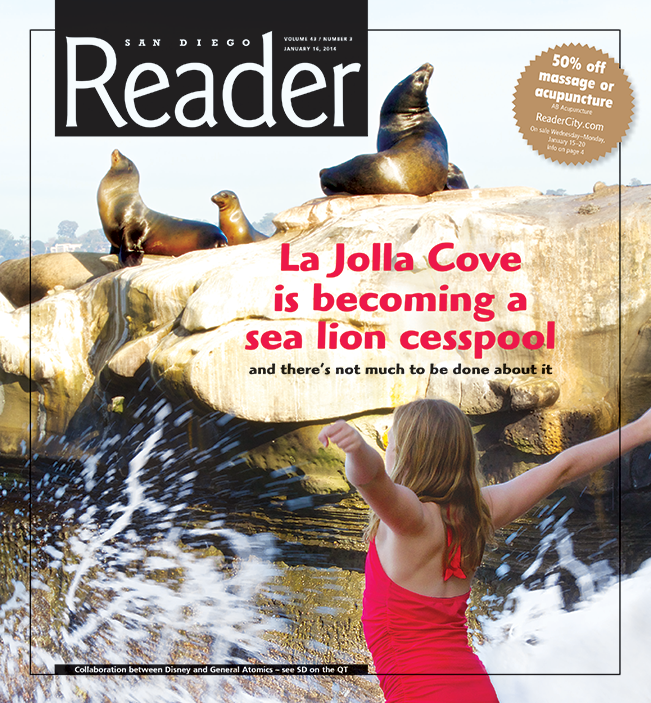 Also fear-producing are the escalating recent sightings of Great White sharks, which feed on seals and sea lions.

...and there’s not much to be done about it

The small number of sea lions that swimmers used to enjoy watching frolic some years ago has turned into a colony of as many as 300, ranging in size from 100-pound females to 900-pound bulls