Demolition of eyesore welcomed, but “I still can't believe it's gone.” 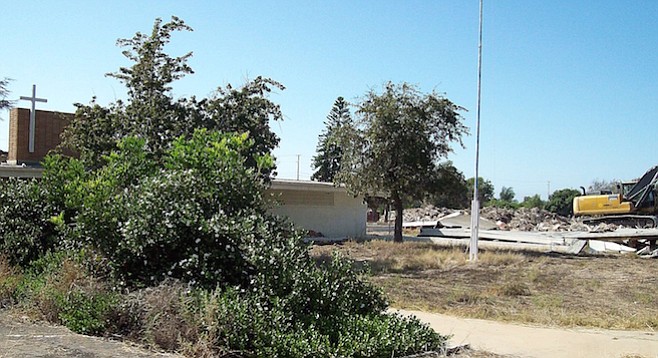 Demolition of the abandoned buildings of the former Marian Catholic High School in South San Diego began in late August, and by September 7 there wasn’t much more than rubble. 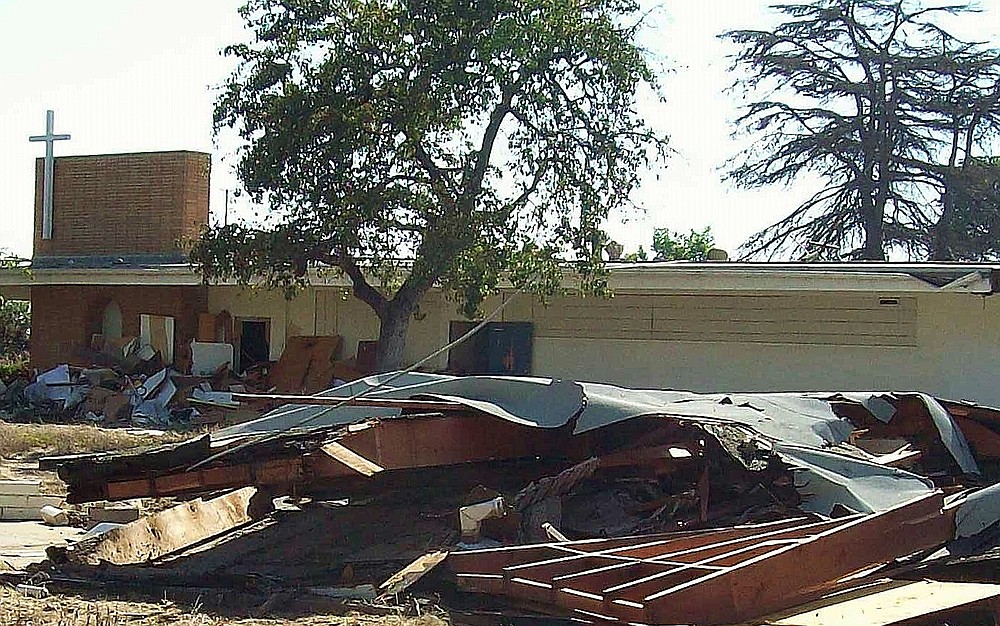 Former students have so far searched in vain for a time capsule.

The campus, which was shut down in 2007, was demolished to make way for a housing development. Social media was engaged by the demolition, with Marian alumni going to the old grounds in groups and posting their photos on Facebook.

“The last time I saw that place it was so overgrown with weeds,” wrote Anita West. “Was an eyesore way back then! Very depressing to have seen it in such poor shape. I'm glad new life will be in its place!”

The parcel of land on Coronado Avenue between Imperial Beach and Chula Vista had sat neglected for eight years, with boarded-up windows on the former classrooms and No Trespassing signs on the chain-link fences; feral cats roamed the hallways and homeless people took up residence in the former gym.

Founded in 1960, the school was closed down and reestablished as Mater Dei Catholic High School in the Eastlake area of Chula Vista in 2007.

The demolition has also been a huge topic at the new Mater Dei campus, which employs over 20 former Marian students, according to Laura Bookser, who does community outreach for Mater Dei.

"We have gone back and forth to salvage pieces of the school," Bookser said, to create a "Marian heritage hall" on the grounds of Mater Dei.

Among the salvaged items from the old school were a pew, books from the 1960s, and crucifixes from all the classrooms, Bookser said. One disappointment in the salvaging process was the failure to find a time capsule.

"We pulled a sign apart, we used shovels," but they ultimately came up empty, Bookser said. She said she has asked the developer to contact the school if they come upon any lost time capsules or related objects.

In recognizance of the Marian heritage hall being created this year, Mater Dei is encouraging Marian alumni to come to the homecoming football game on October 16.

So that campus dated from 1960. That makes sense in that the first wave of baby boomers would have been hitting high school age just then. (Most, not all, demographers count 1946 as the start of the boom.) What I saw of it, and that wasn't much, made it appear to have been built as cheaply as possible. I'd infer that the diocese was cash short in those days, and had higher-priority uses for excess funds. It was only about 15 years ago that The church decided to build new campuses to replace those that didn't look very appealing. The new Cathedral and Mater Dei campuses are probably the best-looking and well-equipped high schools in the county. Someone decided that if they built them, the students would come, and pay for the privilege. News is that it is working. But I suppose that no matter how drab that Marion campus was, those who went through high school there have some fond memories of the place, and are sorry to see it go.

I graduated from Marian in 1997. They gave me a great education. I learned more there than most college grads.