These are "Salad Days" for Mac DeMarco 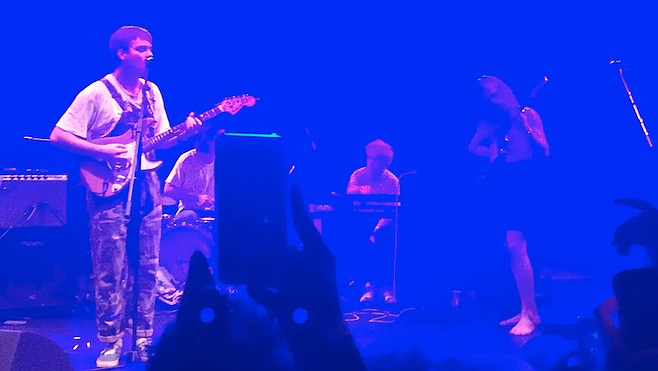 Dipping down from the forgotten land of Canada, Mac DeMarco and his corky bandmates made an appearance at the Observatory North Park in support of DeMarco’s delightful “mini LP” Another One. Crowd-surfing, child-like banter, and awkwardness filled the Friday night in front of a sold-out crowd. 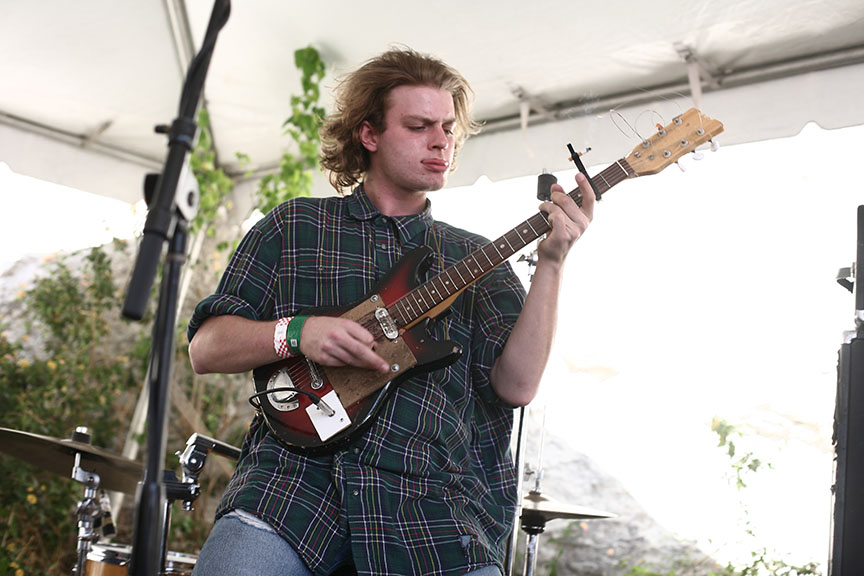 Emerging onto the stage wearing camouflage overalls, DeMarco and his crew began the set with “Salad Days,” electrifying the crowd as everyone sang along and the front of the audience — moist and energetic — swayed back and forth in a trance. The engagement of the crowd had everyone tuned in as people crowd-surfed (including the band) constantly.

DeMarco and his band look like those dudes in high school that you thought were so strange, with their mangy demeanor and thrift-store, hillbilly clothing — they may or may have not bathed in the fountains of Balboa Park — but everyone ate up their youthful energy and dismissal of the norm.

Besides the showmanship, the tunes were on point. Killer sound from a quality venue always helps. Songs were played from throughout DeMarco’s discography, particularly Another One. The tunes were sometimes embellished for dramatic effect, as a few songs transformed into an all-out jam, causing band members to dive into the crowd creating chaos. The last song before the encore had Mac himself diving into the crowd as the rest of the band wailed on their instruments making the crowd even more psychotic.