Surfers will roar at PB Point

Nature will tell you if you should be out that day 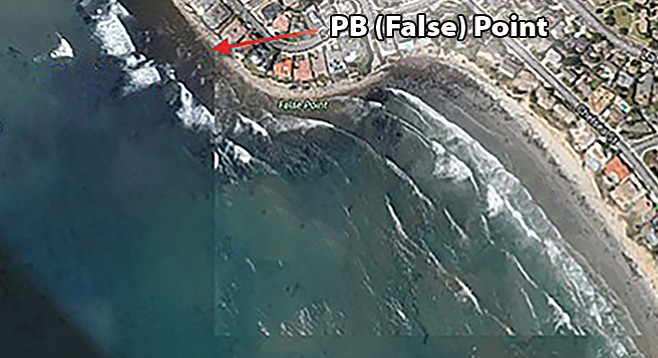 This last winter did not produce any massive swells, and the summer waves, while fun, never did get big and scary. Do not be lulled into a false sense of security. El Niño is on its way, and that means some monster waves will be hitting Tourmaline Surfing Park soon. On a small or medium surf day, getting caught in the impact zone can be an inconvenience. But when waves with faces that are eight- to ten-feet high are breaking on the outside, the impact zone is treacherous. As long as you are outside of a big wave before it breaks, it will roll underneath your surfboard.

Keep an eye on the horizon. The old saying “watch out for a darkening on the horizon” is true. Sometimes you can see what looks like a dark line far out in the ocean. It could be a huge set on the way.

At Tourmaline Surfing Park, the big winter swells come from the north and hit PB Point (False Point) first. The surfers there give off a loud roar as they take the drop on a big wave. When you hear the screaming from the point, head west, fast.

The easiest way is to find out who are the “real” surfers, and when they turn and start paddling out hard and fast, you should do the same thing.

Look for boats far out in the ocean. When they disappear from sight it means a set is on the way.

Longtime local surfer Jason McLachlan sounds a note of caution. “If you can’t make it through the inside break to the outside, that is nature’s way of telling you you shouldn’t be out surfing that day.”