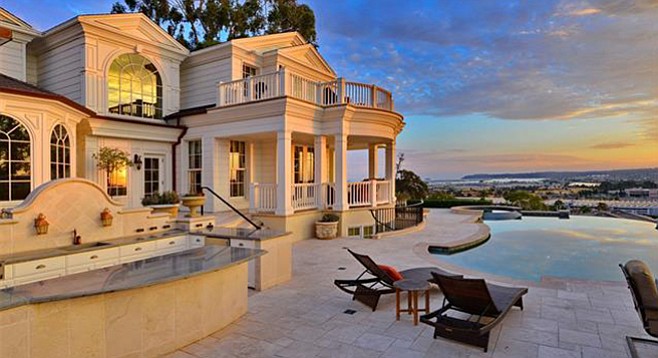 Prospective luxury home buyers are invited to “revel in the grandeur of the past and enjoy the current comforts of the gracefully designed home” located at 4230 Arista Street in Mission Hills.

Located on a hilltop cul-de-sac lot above Presidio Park, the home takes advantage of westerly views across Lindbergh Field and into San Diego Bay, including from a vanishing edge pool and spa that’s part of a one-third acre lot also featuring formal rose gardens, multiple patios, full outdoor kitchen, and a “pavilion with lounge area and fireplace.” 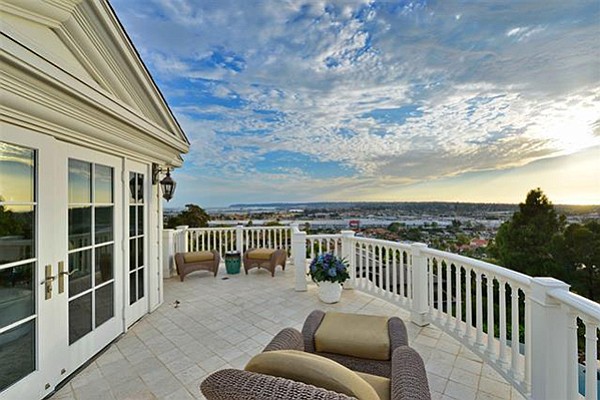 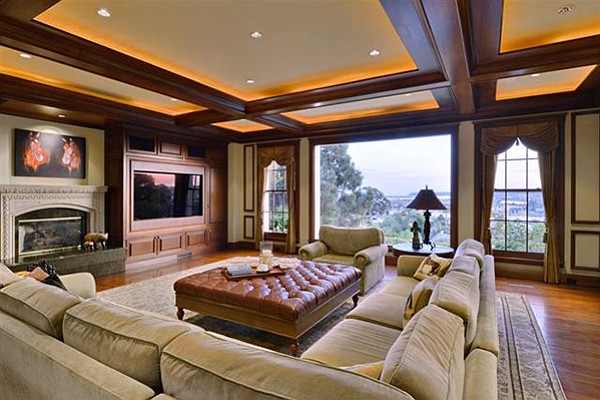 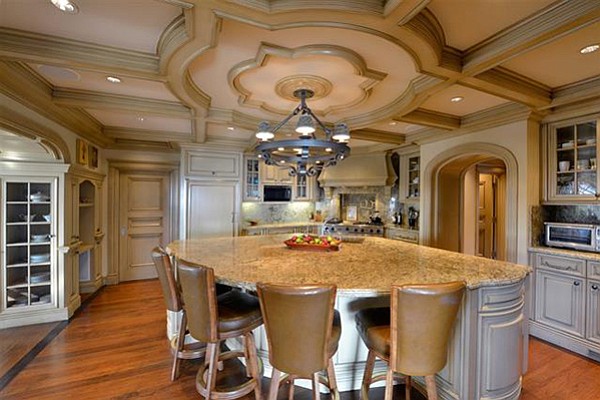 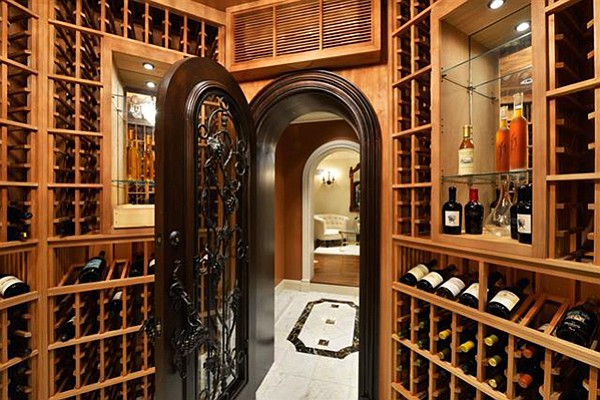 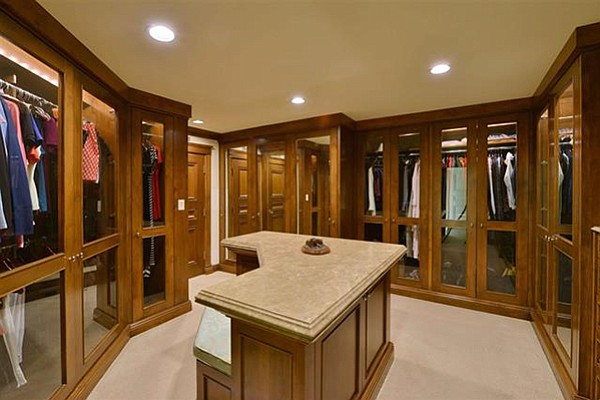 The closet. Yes, that’s a closet.

The home was originally constructed in 1948 under the supervision of Pear Pearson, a locally notable contractor in the early days of North Park. Pearson developed several homes from the 1920s on that have found their way onto local historical registers, including the Arista residence, listed with the city as the Leo R. Hoffman Historic Residence. A personal friend of Pearson’s, Hoffman partnered with him on several other mid-city projects in the ’30s and ’40s.

Interior spaces include “grand entertaining rooms, gracious living areas,” an entry foyer, formal dining room with butler’s pantry, craft room, two offices, chef’s kitchen with separate walk-in pantry and breakfast area, a study, and an 860-square-foot media room with fireplace and bar. A refrigerated wine cellar has storage for 1500 bottles, and the estate offers an additional billiards room, maid’s quarters, and two bonus rooms that could be used for hobbies or as additional bedrooms.

Other “hallmarks of this elegantly fitted residence” include an elevator, “elaborate and detailed ceiling moldings, hardwood flooring, custom cabinetry, one-of-a-kind hand-forged metal chandeliers, multiple fireplaces, and expansive windows” that provide westerly views from the bay to Coronado, Point Loma, SeaWorld and its regular fireworks shows, and beyond.

Public records indicate the owner is Laura Stoia, an international graduate student ambassador at the University of San Diego.

The remodeled, expanded Arista residence was recently listed for sale in late September with an asking price of $7,400,000, which remains unchanged to date.