Good for the gander?

This time the shoes are on the feet of Michael Hansen 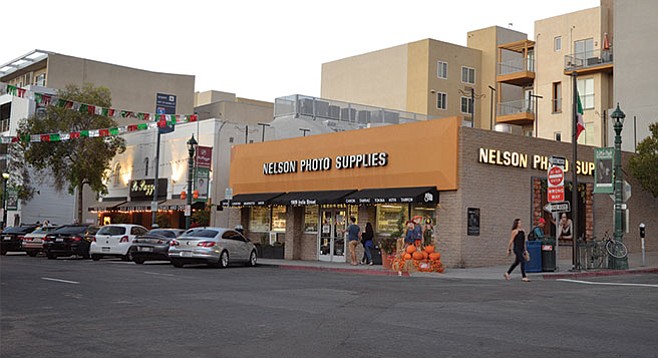 Even a staffer for Republican mayor Kevin Faulconer, uber-champion of the big-money real estate industry, can turn out to be a NIMBY, the acronym for “not in my backyard” used derisively by the mayor’s wealthy financial backers for those who complain about bothersome development near their homes.

This time the shoes are on the feet of Michael Hansen, director of land use and environmental policy for Faulconer, who has been trying to spur development across the city by ostensibly reducing red tape. Before he went to work for Faulconer in March 2014, Hansen was an attorney at the San Diego branch of Sheppard Mullin, the big downtown law and lobbying outfit whose many developer clients include Pardee Homes, a major Faulconer donor, as are members of the law firm. 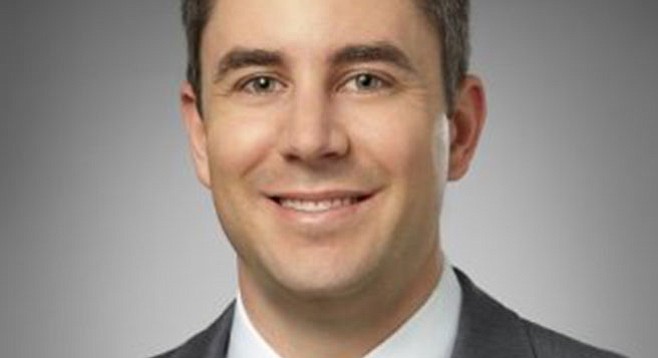 The Hansen saga began earlier this year with an application to the city-run Civic San Diego for a “rooftop outdoor use area associated with an eating and drinking establishment,” proposed for Little Italy, according to a September 8 advice letter from Hyla P. Wagner, legal counsel for the state’s Fair Political Practices Commission. Hansen had queried the agency about a certain conflict of interest he might have regarding the development. “The project is located at 1909 India Street, which is immediately adjacent to your primary residence in Downtown San Diego,” notes the letter. “You have a leasehold interest in this property.”

The document continues, “In your capacity as a policy advisor to the Mayor, you routinely work on CivicSD issues. CivicSD’s decision-making body is a Board of Directors appointed by the Mayor and City Council. The proposed action is a staff decision without a public hearing, but is appealable to the Board of Directors.” Thus, the question arises, “May you address the staff of Civic San Diego, Civic San Diego Board of Directors, and the City of San Diego City Council as a private citizen regarding a proposed outdoor bar and restaurant immediately abutting your primary residence?” In addition, “May your boyfriend, who has no association with the City of San Diego or Civic San Diego, express his views regarding the proposed project to the same parties?”

Yes, in both cases, opines Wagner, concluding “Even if a conflict of interest is present, a public official may appear before his or her agency as any other member of the general public in the course of its prescribed governmental function in order to represent himself or herself on matters related solely to his or her personal interest, including an interest in real property which is wholly owned by the official or members of his or her immediate family.”

In addition, “assuming your boyfriend is not a public official, the conflict of interest rules would not apply to him.” There are a few caveats for Hansen: “You must limit your comments to your personal interests and make clear that you are not speaking in the interest of any other person or group, or acting in your official capacity. Similarly, you may not discuss the decision with other officials outside of public comments made at any public meetings.”

Regarding the question, “May either of you engage professional consultants to advocate for your interests as private citizens, such as noise experts or government affairs consultants?” Wagner writes, “If public members can appear with experts, you may as well. Or you may consult experts outside of the public meeting in preparation of your comments.”

Wrote Hansen in an email this week responding to a request for comment: “Few people would receive notice of an outdoor bar less than 20 feet from their bedroom window, proposing hours of 8am-1am, and not wish to provide input into that decision. Public employees maintain the right to express their views as private citizens when they elect to work in public service.” He added, “I personally support the project, and hope the applicant incorporates additional mitigation measures to address quality of life impacts to its neighbors.”

The project, to be known as “Born & Raised,” is currently on hold, awaiting a sign-off by the San Diego Regional Airport Authority, which has a say because the site is within a safety zone, city officials say.

We need a new acronym for this particular breed of development hypocrite. Maybe DEEMBYs (Development Everywhere Except My Back Yard)?

Pro-development politicians are happy to approve almost anything anywhere, unless it negatively impacts their own interests.