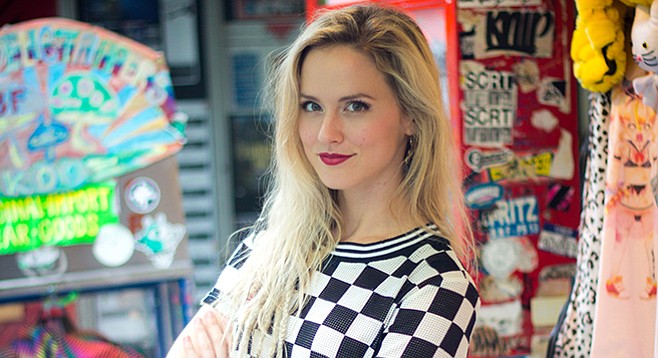 Natalie Emmons’s road to becoming a Japanese pop star began with a meeting of foreign-exchange students six years ago.

“I always had a fascination with Japan,” says Emmons, who was raised and still lives in Lakeside. “There was a flyer at my school about meeting Japanese exchange students. I found Japanese people very receptive to people who wanted to learn about their culture.” 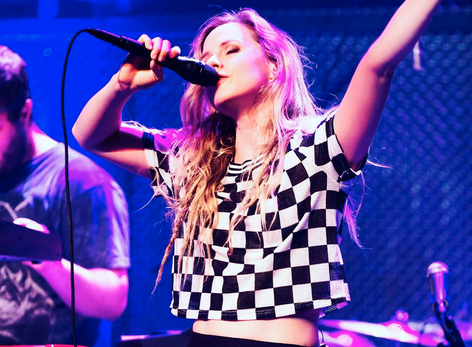 That inspiration motivated her go to a 2009 Los Angeles audition. Universal Studios Japan was looking for singers and dancers to perform at their Osaka theme park. “They started with a couple hundred and ended up with 15.” After three months of background checks, Universal flew Emmons to Osaka, set her up with an apartment and a job singing and dancing two to four shows a day, five days a week.

“Basically, it was a show starring Hello Kitty and her twin sister,” says Emmons about the one-year gig. “There were four singers, all from a different country. The idea was to inspire young girls to choose what you like to do, for women to live up to their potential.”

The gig did a lot for her own self-esteem.

“I used to have doubts about singing because I thought you had to belt out huge notes and handle crazy riffs. I got a lot of encouragement there because of my uniqueness.”

Her theme-park celebrity led to other Japanese shows, but no paid gigs. At least at first.

“When you are under contract you are part of a studio system and you can’t do any outside work unless it is for charity. But those shows increase your local fan base.”

Her fame as the American singer who could pronounce Japanese without an accent grew after appearing in three episodes of a Tokyo-based singing competition TV show called Nodojiman (“proud of my voice”). “They admire a foreigner who can speak well. It shows that you have a real respect for their culture. They take it as a real compliment.”

Emmons says her show of respect helped inspire Trivago (pronounced Tori-bago in Japan) to hire her as a TV spokesperson. “One commercial is running now. They recorded three others to be released soon.”

Emmons returned to Lakeside in early 2014 but goes back to Tokyo on November 8 to host a nationally televised singing competition.

Emmons appears with a band November 3 opening for Safia at the Loft at UCSD.